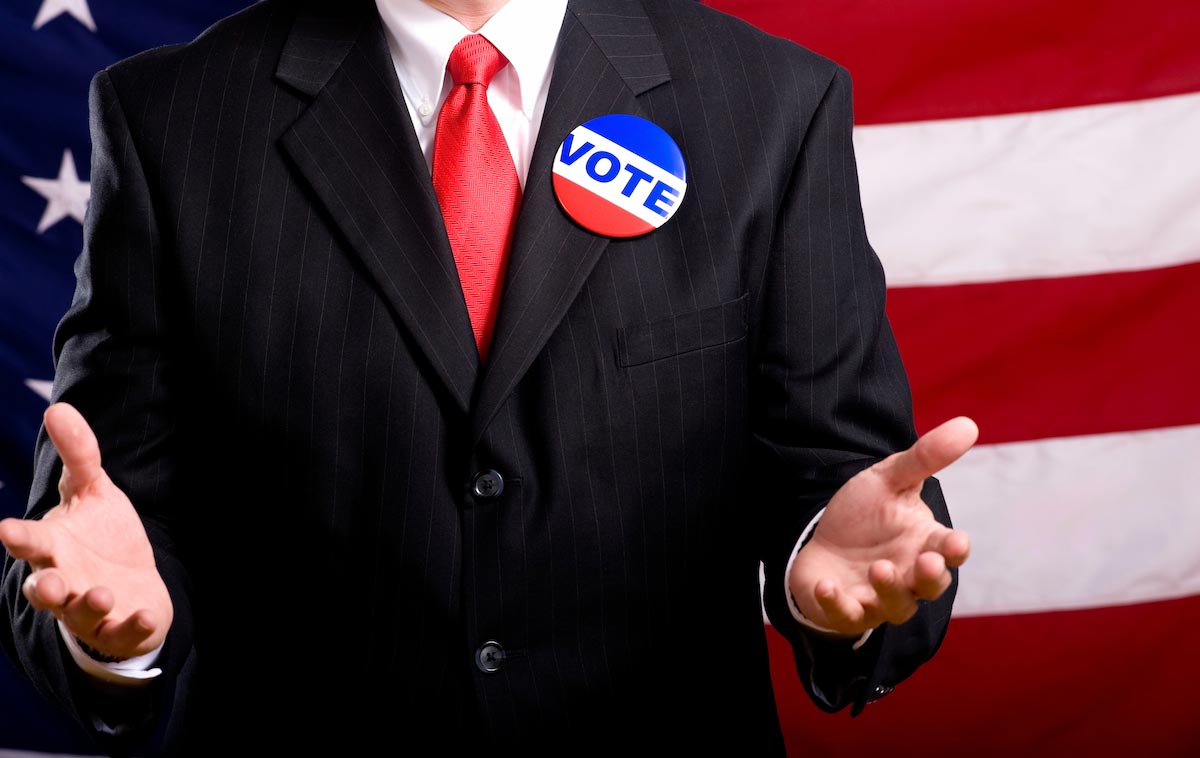 Broward County election spokesman Steven Vancore told CBS Miami that election officials at the Broward Election Office found 19 envelopes that had the same handwriting on the outside. Inside, the envelopes contained more than fifty new voter applications for registered Democrats. The envelopes did not have a return address.

The suspicious envelopes were turned in to the Broward State Attorney’s Office for further investigation. It turns out the names on the new voter applications were the names of recently deceased democrat voters.

If the fraudster had used different handwriting styles for each envelope, the envelopes may have passed through as legitimate, and dozens of new voter applications may have been fraudulently processed and sent out to their corresponding addresses. This shows just how fragile the mail-in voting system really is. How many dead people will be voting for Joe Biden in the 2020 election?

Election authorities and the state attorney’s office were unable to trace the nineteen envelopes back to a specific person, because no return address was used. The fraudster mailed the envelopes from South Carolina.

Broward Elections Supervisor Pete Antonacci called the fraud “an organized effort” to undermine the Florida registration system with fake votes. He said the fraudster was probably trying to vote over fifty times, but failed because he did not understand Florida law. In Florida, each county is in charge of recording dead people and listing them as ineligible in the system. If someone shows up to vote using a deceased voter’s name, they are required to produce a valid government-issued ID. This process is a little easier to defraud using the mail-in voting system. Because there is lag time between a voter’s death and when election officials are notified, a fraudster has an opportunity to exploit the discrepancy.

Corrupt democrat operatives can muscle their way in, let falsified ballots go through

“The system is based on the honor system, and the honor system is supposedly bolstered by the fact that if you lie on one of these applications, it’s a crime,” Antonacci said. Criminal use of personal identification carries a mandatory minimum sentence of 10 years in prison. Even though using a false identity is a crime, Antonacci warned, “with determination, you can muscle your way in.”

Broward County is a highly-populated Democrat stronghold in southern Florida that appears to be a prime location to try out voter fraud. In the 2016 election, 66.08 percent of Broward county votes went to Hillary Clinton and only 31.16 percent went to Donald Trump. How many of the votes for Clinton were from deceased voters, whose identities were stolen to prop up her vote total? How many mail-in ballots for the 2020 election are from recently deceased Democrats who are having their identification stolen?

How hard would it be to target and bribe a Democrat election official in a heavily-controlled democratic county? How hard would it be to pay that election official off to push through an influx of falsified ballots from dead democrats? Crooked democratic candidates have been indicted for hiring political consultants to bribe election officials. A former Judge of Elections for the 39th Ward, 36th Division in South Philadelphia, Domenick J. DeMuro, pled guilty on two counts of election fraud in Philadelphia. He was caught stuffing the ballot boxes for specific Democratic candidates in the primary elections of 2014, 2015 and 2016. Election fraud is real, and in 2020, (where Trump is engaging large rallies daily with enthusiasm and optimism), it will take a coordinated effort of destructive democrat fraudsters to cheat Joe Biden to the Presidency.