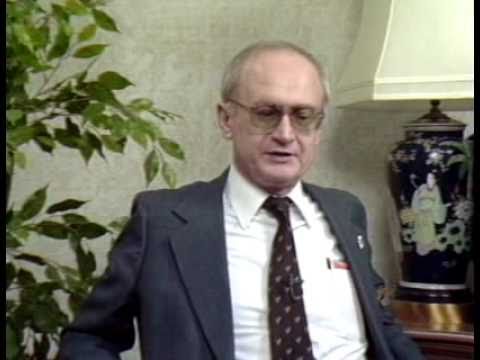 Many people who read this have either seen or at least heard the name Yuri Bezmenov. The reason they have is due to the 1970s interview that author G. Edward Griffin conducted with the former KGB Agent that exposed the deception of Russia at the time. However, Griffin was recently interviewed, now decades later and what he had to say might surprise you.

“Everything he [Bezmenov] predicted right is today’s news,” said Griffin.

First, let me provide the reader and viewer with a little background.

Griffin, who authored the famous book titled The Creature from Jekyll Island and World Without Cancer, conducted the interview I spoke about in the opening below.

According to the video description:

This is G. Edward Griffin’s shocking video interview, Soviet Subversion of the Free-World Press (1984), where he interviews ex-KGB officer and Soviet defector Yuri Bezmenov who decided to openly reveal KGB’s subversive tactics against western society as a whole.

Bezmenov explains how Jewish Marxist ideology is destabilizing the economy and purposefully pushing the U.S. into numerous crises so that a “Big Brother” tyranny can be put into place in Washington, how most Americans don’t even realize that they are under attack, and that normal parliamentary procedures will not alter the federal government’s direction.

He then explains how Marxist leaders use informers to make lists of anti-Communist and other politically incorrect people who they want to execute once they – actually a Jewish oligarchy – come to power. The oligarch’s secret listsinclude “civil rights” activists and idealistically-minded “useful idiot” leftists as well.

Bezmenov provides several real-world examples of how Marxist leaders even execute and/or imprison each other. Also, he explains how American embassy employees were known to betray Soviets attempting to defect, how there existed a “triangle of hate” in the Soviet government, why he realized that Marxism-Leninism was a murderous doctrine, and how the CIA ignored (or didn’t care) about Communist subversion.

He also mentions that revolutions throughout history are never the result of a majority movement, but of a small dedicated and highly-organized group who seize power, whether for good or bad. Next, he explains how the American mass media spread lies about life in the Soviet Union.

Bezmenov also explains how the LOOK magazine article falsely claimed that the Russian people were proud of their victory in the Second World War, where in reality the Judeo-Bolshevik-Communist-Marxist government was happy that Hitler had been defeated so that they could remain in power.

Find out how the KGB utilized various individuals to undermine the Western society in its morals and values.

Then, there is another video of an interview and full lecture given in Los Angeles by Bezmenov in 1983, which many have not seen below.

Now, Dan Dicks of Press For Truth speaks with G. Edward Griffin about his interview with Bezmenov.

In doing so, Dicks comments, “Marxist and Lenin ideologies have penetrated North American schools and this was certainly not by accident according to former KGB agent Yuri Bezmenov. We know this because of a groundbreaking interview conducted by G. Edward Griffin, best selling author of ‘The Creature From Jekyll Isle’.”

In this video, Griffin discusses the interview and “its amazing prediction of the future and what the take away needs to be moving forward if we want to get our North American youth back on track, which is well within our means!”