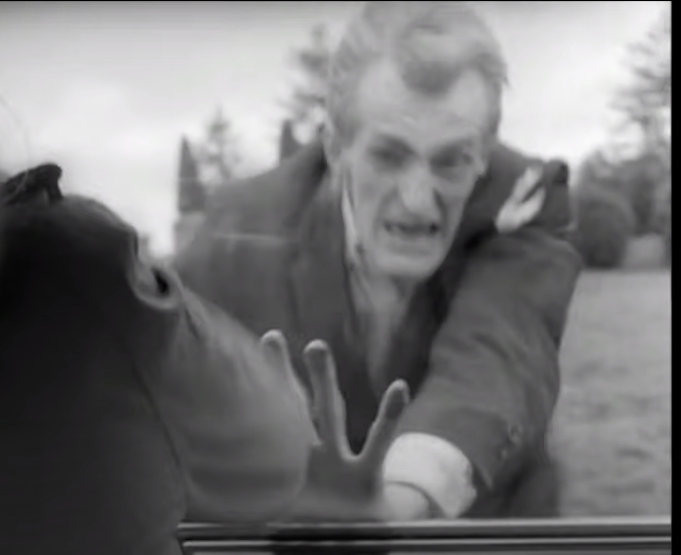 Six months after his stroke and a month before Election Day, Lt. Gov. John Fetterman finally sat down for a disastrous interview in which he offered contradictory responses and responded to closed captions. The Democrat Senate candidate still hasn’t provided his medical records even to a friendly press and social media is filled with awkward videos of his campaign appearances.

Will Fetterman be able to function if he wins? Who knows. Just ask Joe Biden. If he can answer.

Biden, who insists on another term, is barely present and functioning in this one. His attention span varies wildly. He spews incoherent gibberish and lies so wildly that it’s practically a medical condition. Videos show him wandering aimlessly with staff and even a giant bunny acting as handlers for the man who is supposed to be the most powerful figure on the world stage.

In 1919, two years after he was inaugurated after winning a second term on a promise to keep America out of WWI and to keep segregation in place, Woodrow Wilson suffered another stroke. With the Republicans winning the House and Senate, the Wilson administration launched a ruthless crackdown on political opponents. Wilson had little to do with it. He was incapacitated by a catastrophic stroke. Wilson’s wife had become the first de-facto female president.

But, like Biden, Wilson wanted to run for another term that he wasn’t capable of holding. His greed for power, sabotaged Democrat chances and put a Republican back in the White House.

If Fetterman wins, he’ll join a Senate that includes Senator Dianne Feinstein whom insiders allege has trouble “recognizing colleagues” and following “policy discussions”. “I don’t even know what that is,” she reportedly replied to a staffer trying to explain that they were moving on a continuing resolution.

If Biden doesn’t run then Senator Bernie Sanders, who hasn’t been able to grasp a new idea since 1976, wants in. Why not Fetterman too? He’s at least as functional as the socialist he once supported.

D.C.’s dirty little secret has always been that staffers and bureaucrats run the place, not the officials elected by the people. In the era of the Zombie Democrat, that’s truer than ever. It’s easier to run a government when the elected officials barely know what planet they’re on.

That the Biden administration has quickly become the most radical in under a century isn’t due to any innate extreme streak in its titular figurehead, but to his mental absence from politics. Given a puppet with just enough brain cells to retell rambling pointless stories and read words off a teleprompter, the leftist staffers are showing what they can really do with that power.

Much as with Woodrow Wilson and his wife, the problem with the Zombie Democrats isn’t just that they can’t do their jobs, it’s that someone else is doing their jobs for them. But then that was always true. The massive increase in the size of government since the 19th century has made it impossible for any president to be able to handle. Senators and even House members are just dipping spoons in an ocean, bolstered by career staffers who have a wider scope of D.C.

What actually happens is that think tanks and pressure groups propose things to staffers, which elected officials then write up into legislation, which is then modified by other staffers which, if passed into law, is then interpreted by bureaucrats and later judges to mean something completely different. Under these conditions, why not have members of the nation’s highest legislative body do their work remotely or be too demented or disabled to function?

The sad truth is that nothing will change very much because we don’t just have zombie politicians, we have a zombie government over which elected officials exercise little control.

The difference is that when the officials are themselves zombies that becomes obvious.

The Soviet Union took a beating in credibility at home and abroad when its leaders, beginning with Brezhnev, became senile apparatchiks who could barely read their speeches and, beginning with Andropov, could barely even stay alive in power. Gorbachev took office as a compromise candidate because he was the youngest. But the real problem wasn’t age. As he discovered, no one could actually run the Soviet Union, they could only bring it down.

Biden is discrediting America in a whole new way even while doubling down on Obama’s policies. At least under Obama, people felt reasonably certain that he was awake most of the time. Now there are invisible hands programming a teleprompter, speaking in an earpiece, guiding him on and off the stage, presenting things for him to sign and speaking on his behalf.

The media’s enthusiastic defenses of Fetterman’s inability to function are really apologetics for Biden and for the entire zombie system of elected officials who are there as puppets and fronts.

In our perpetual night of the living dead legislators and executives, the unfitness to hold office is actually a qualification. Unable to focus or understand, they are dependent on their eyes and ears, on their handlers and longtime friends, on lobbyists and assets to tell them what to do.

In D.C.’s Weekend at Bernie’s sequel, those politicians who spend the most time in office become an immovable force. The longer they manage to stick it out, the more pliable and useful they become. It’s a game that the young, the middle-aged and the elderly can all play. As long as, like John Fetterman, they spent their lives being taken care of by their families until, when suffering a stroke, they are then given into the care of their wives and their handlers.

Having burned through most identity politics groups, the new frontier is running people who are just not there. The media is already rallying attacks on anyone suggesting that Fetterman isn’t able to function and shouldn’t be in this race, accusing them of ‘ableism’. And why would we possibly want the ‘able’ to run our government when we can have the ‘unable’ at the wheel?

Who benefits from such an arrangement? The same lefties who are aggressively pushing it.

The hidden hand tends to do the bidding of one side. And to perform it in a consistent manner. The less the top official knows, like Obama, or the less he’s aware, like Biden, the more radical the program that the Left is able to implement in its hijacking of the United States of America.