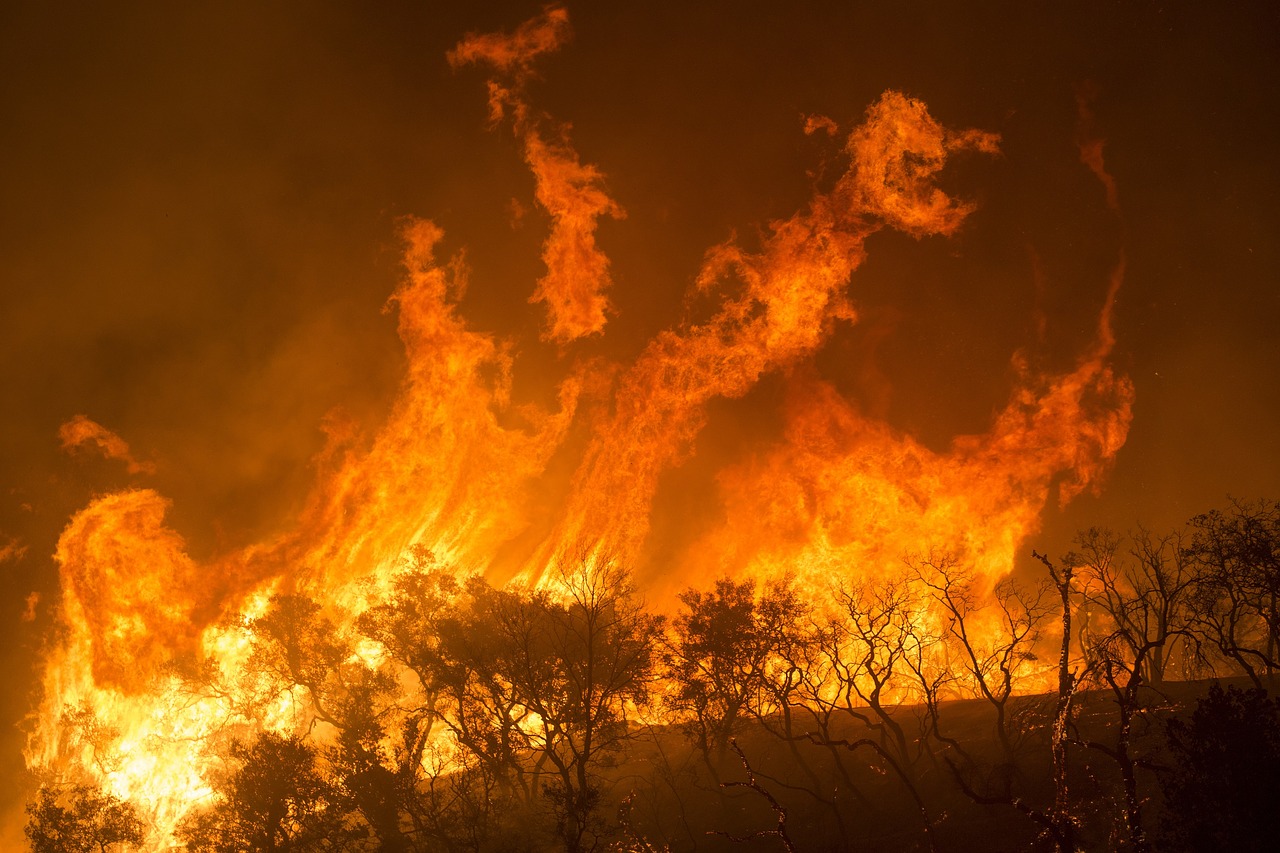 An entire continent is being transformed into “a charred, apocalyptic nightmare”, and experts are telling us that a billion animals may have already died so far in the horrific wildfires that are raging all across Australia. Extremely strong winds and record high temperatures are going to create ideal conditions for the fires to spread even more this week, but officials will do all that they can to try to get them under control. At this point, 146 fires are burning all over the country. With temperatures in some communities reaching 120 degrees Fahrenheit, and with winds expected to hit 80 mph or higher in some areas this week, things appear certain to get even worse before they start to get better. The total number of acres burned already represents an area larger than the entire nation of Switzerland, and this crisis is far from over.

On Sunday, thousands of firefighters valiantly attempted to contain the colossal wildfires that are currently ripping through southeast Australia as the entire state of New South Wales was “illuminated by an otherworldly, blazing red sky”…

Skies turned blood red above parts of southeast Australia on Sunday as residents sought refuge from deadly bushfires, and a senior firefighter described the previous 24 hours as “one of our worst days ever.”

Photographs of Pambula, in the state of New South Wales, showed an eerie, smoke-filled landscape, with deserted streets illuminated by an otherworldly, blazing red sky.

But it has mostly been a losing battle for the firefighters. These wildfires are truly unprecedented, and when they actually started producing their own thunderstorms that was simply too much for the brave firefighters to handle…

Wildfires ravaging much of southeastern Australia burned so hot that they created their own thunderstorms and lightning—similar to conditions during a volcanic eruption or atomic bomb blast. Firefighter Michael Brearley was leading the defense of Wingello, a small town around 100 miles south of Sydney when a huge cloud began to form in the distance on Saturday. He knew it was bad news: The area had barely seen a drop of rain for weeks.

Instead it was fire that rained down from the formation of pyrocumulonimbus clouds—created by intense heat driving air rapidly upward in the smoke plume from a wildfire, drawing in moisture and resulting in thunderstorms. Scientists say they are only beginning to understand the weather phenomenon, making its behavior hard to predict. “When the southerly wind change hit, the cloud collapsed and it just threw fire into the forest immediately south of the town,” Mr. Brearley said. “We screamed for more resources. The fire was on us.”

When the winds really kick up, these fires can move at tremendous speed, and in some cases the flames have been up to 200 feet tall.

Needless to say, many animals are not able to outrun wildfires of that magnitude. Millions upon millions of animals have already died, and it is a tragedy that is shocking the entire globe.

A few days ago, we were being told that almost half a billion animals may have died so far. The following comes from CNBC…

Nearly half a billion animals in Australia’s New South Wales state have been killed by raging wildfires in the last couple months, and the devastating death toll is expected to rise.

Roughly 480 million mammals, birds and reptiles have been affected since bushfires started in September, according to ecologists from the University of Sydney, who add that the actual number is likely much higher.

But now experts are telling us that it is likely that a billion animals have died. The following comes from a British news source…

HEARTBREAKING footage shows the charred remains of dead koalas and kangaroos – as experts fear the devastating Australian wildfires have killed a BILLION animals.

A horrific video shows the chilling scenes of burnt animal corpses lining the road of Batlow in New South Wales – one of the areas worst hit by the infernos over the weekend.

I can’t remember another disaster in my entire lifetime that killed as many animals in such a short period of time.

And according to Stuart Blanch of WWF Australia, many more animals will end up dying in the weeks and months to come…

He said: “Animals that make it through the fires will continue to die in the next weeks and months because of dehydration, starvation, disease and being easier prey for feral cats and foxes.

“Even animals that are not being burnt to death are cooked because of extreme temperatures, or they get very confused and lost because of the smoke haze so our animals don’t stand a chance from these mass mega-fires that burn flames up to 200ft high.”

If you have any sympathy for other creatures at all, the images coming out of Australia are absolutely heart-rending. In particular, some photos of a kangaroo that had been severely burned begging for help have gone viral all over the Internet…

These heartbreaking photos show the moment a kangaroo begs for help in the aftermath of the devastating Australian bushfires. The marsupial suffered huge burns to its body before a teenager drenched it with water and gave it a drink. The stricken animal is one of billions caught up in Australia’s worst bushfires, which continue to burn out of control across an area more than a third of the size of England.

Of course kangaroos can move quite quickly, and so many of them have been able to escape from the fires.

But koalas cannot move very fast at all, and experts are warning that up to 30 percent of all koalas in existence may have already died…

“Up to 30% of the koalas in the region may have been killed, because up to 30 percent of their habitat has been destroyed,” Australia’s Federal Environment Minister Sussan Ley told the Australian Broadcasting Corporation last week. “We’ll know more when the fires are calmed down and a proper assessment can be made.”

This appears to be the worst natural disaster in the modern history of Australia, and Prime Minister Scott Morrison is telling us that the fires “could burn for months” before they finally go out.

Sadly, the truth is that our whole planet is dying, we are going to see even worse disasters in the months and years ahead, and there is absolutely nothing we can do to stop it from happening.

The season of “the perfect storm” is here, and it is going to be an exceedingly painful time for the entire planet.

Unfortunately, most Americans don’t care about what is happening on the other side of the world, and so many of them won’t start paying attention until some sort of major disaster affects them personally.