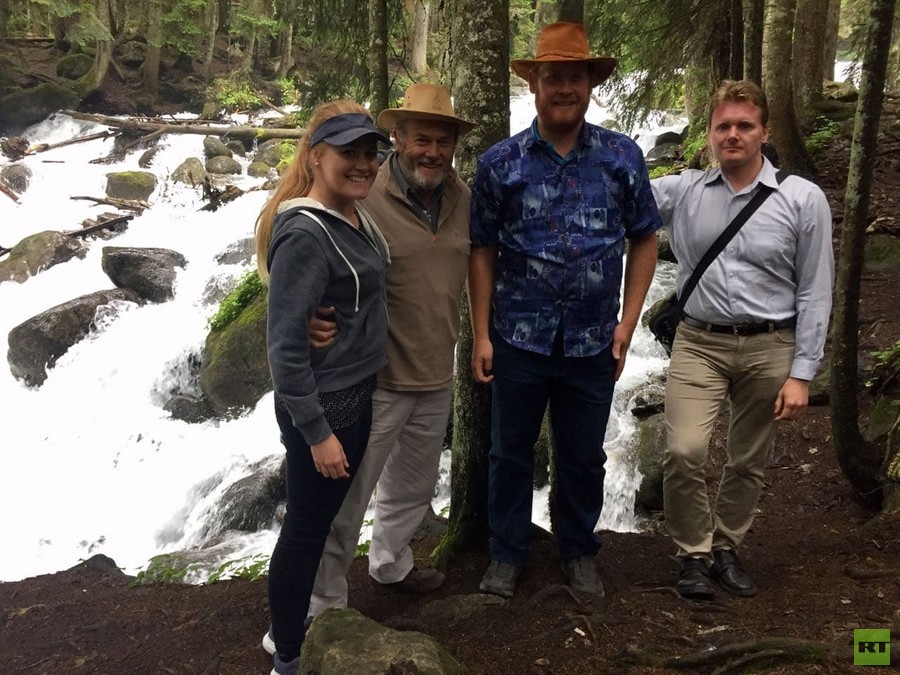 This is what happens when racial hostilities get out of hand.

If you are not aware of the dangers that White farmers now face in South Africa, read these articles (they will open in a new window so you can return when ready):

Neon Nettle is reporting that White farmers in South Africa are fleeing their homeland, fearing for their lives, and moving to Russia.

A delegation of 30 families that have fled South Africa has arrived in Russia’s farm belt Stavropol Region, according to a report by Rossiya 1 TV.

The group says it has been forced to leave their farms and land behind after facing violent attacks and death threats at home.South Africa’s new President Cyril Ramaphosa has vowed to take back land from the countries White minority and give it to Black citizens.

With descendants of the White farmers having occupied the land for up to 400 years, the families have been left with no other option but to seek refuge in Russia where the government is welcoming them in.

A White farmer is murdered every 5 days in South Africa

RT reports: Up to 15,000 Boers, descendants of Dutch settlers in South Africa, are planning to move to Russia amid rising violence stemming from government plans to expropriate their land, according to the delegation.

Is this coming to America someday?

If all of these “reparations” advocates have their way, it might.

They want to punish White Americans for what happened over 150 years ago.

RT.com reports on one of the first families to arrive in Russia:

The Schlebusch family from South Africa’s Bloemfontein is going to be among first 50 Boer families to settle in Russia’s southwest. Like many other Boers, they are seeking political asylum in Russia. They say they are facing violent attacks and death threats at home stemming from government plans to expropriate their land.

Earlier this month, farmer Adi Schlebusch visited Russia’s farmbelt Stavropol Region. Schlebusch, whose grandfather was murdered at his farm, told RT that the land in South Africa “was never taken by whites from blacks with violence or in an unjust manner.” He explained that when Boers moved to South Africa in the 19th century, they tried to act in a way that was fair, to negotiate officially and to avoid conflict.

IOL (a South African site) reports that Putin and Russia are using this politically to heal their worldwide identity:

That’s just what one Russian political figure hopes to hear.

He is leading something of a charm offensive in South Africa with a very particular goal: hoping to lure white South Africans to move 8 000 miles away to rural Russia.

The selling points are abundant farmland, relative safety and a country that holds tight to traditional Christian values.

What is not said – but clearly understood – is how this fits neatly into the identity politics of Russian President Vladimir Putin.

The West may view Putin largely as a strategic and military adversary. Yet inside Russia, much of his support grows from the idea of Russia as the caretaker for a white, Christian and old-style order – rejecting “so-called tolerance, genderless and infertile,” in Putin’s own words in 2013.

Such comments have helped elevate Putin’s stature among populists and nativist-driven political movements in the West. And, within Russia, they have boosted the efforts of political insiders such as Vladimir Poluboyarenko, a government liaison from the Stavropol region in southern Russia.

Poluboyarenko has taken the lead in organising trips to Russia for white South Africans considering making a move.

The effort intersects with many issues. There is Russia’s declining population and worries about the influence of Islam on Russia’s borders. Add to that the unease among some white South African farmers as the country debates possible land redistribution to redress racial imbalances during apartheid.

Poluboyarenko claims he funds the trips for the South Africans with his own savings, but such activity would almost certainly need the Kremlin’s blessing.

“I want them to know that Russia can be their mother country, too,” said Poluboyarenko, who assists the human rights ombudsman in the agricultural heartland of Stavropol.

Du Toit, a missionary preacher, is weighing the offer.

Read the rest at IOL.ca.za…

Maybe it is politics driving Putin and Russia, but South African farmers must do what they have to do to protect their families and their futures. They have little choice.

This is an important lesson and maybe even a foreboding for America.

If the left gets their way, SOME White Americans may someday be moving too.

Don’t be intimidated and buy more guns and ammo.

That is the only thing keeping American citizens (black or white) safe.

If the 2nd Amendment falls then we may be scrambling to move to… who knows where?

I’m not thinking Russia would be my first choice.

I’d rather die free than flee to another pseudo-slave state.