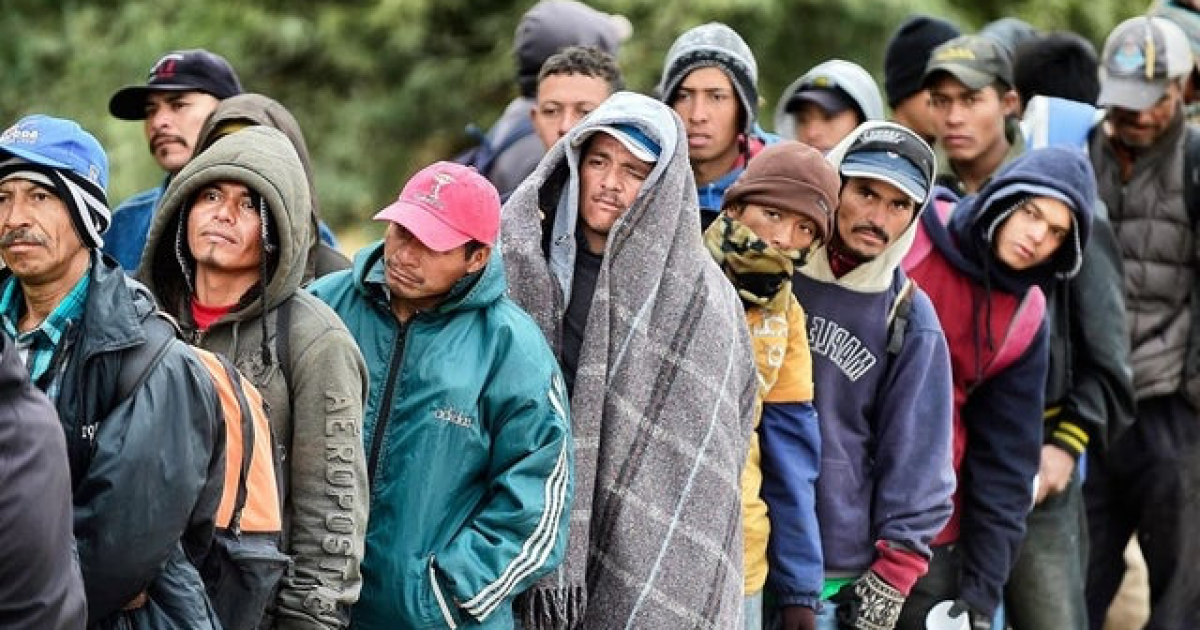 Treason-In general, it is the offense of attempting to overthrow the government of the state to which the offender owes allegiance, or of betraying the state into the hands of a foreign power. –Webster’s 1828 Dictionary

Nobody likes to be lied to, but boy have we been lied to and how many times we have been lied to is beyond what can be numbered, I’m certain (Exodus 20:16). And for some reason or another, Americans will suffer the abuse rather than righting the wrongs (Proverbs 15:32).

The Declaration of Independence tells us:

“…and accordingly all experience hath shewn that mankind is more disposed to suffer, while evils are sufferable than to right themselves by abolishing the forms to which they are accustomed.”

You have heard that saying, “Fool me once, shame on you. Fool me twice, shame on me.” How many times do Americans need to be lied to before they shame those who are lying to them?

Our forefathers taught us (Hebrews 13:17) through their example how we are to lawfully deal with corruption.

Declaration of Independence once again teaches us as to how our forefathers dealt with corruption,

“But when a long train of abuses and usurpations, pursuing invariably the same Object evinces a design to reduce them under absolute Despotism, it is their right, it is their duty, to throw off such Government, and to provide new Guards for their future security.”

How many times one can warn a people that refuse to take heed to the warnings, I know not (Ezekiel 33:3). However, one thing I do know is that regardless if one takes heed or not, it is still happening, and sooner or later, there is going to be consequences to those who refuse to listen and act accordingly (Ezekiel 33:5).

How Does One Deny The Fruit That The Tree Bears?

One of the warnings is to those who refuse to pay attention to the fruit of this administration (Matthew 7:16).

We find that in the American politic today that the “circus of politics” is just that, a circus filled with clowns who are willing to sell their souls (Luke 22:48) and their country, along with the people, to special interest groups (Isaiah 28:18).

This is where the actors, politicians, act out on the behalf of their special interest groups in pushing a global agenda that the people would otherwise refuse to adhere. What do the powers that mean to rule do. They create a likable and favorable politician, at least publically, that the people will follow to do their biddings for them.

On May 6th I wrote, “Contrary to What You Have Been Promised, Your Country is Literally Being Handed Off to Foreigners,” in which I highlighted William Gheen’s finding’s on the Top 10 List of Trump’s Broken Campaign Promises.

Contrary to What You Have Been Promised, Your Country is Literally Being Handed Off to Foreigners (Videos)

Then on June 9, Tim Brown, Senior Editor at The Sons of Liberty Media reported, “This Is Not The Obama Administration: Homeland Security Releases 196,000 Illegal Aliens Into The Population, Many Receiving Work Permits.”

“As we’ve reported before, the Trump administration talks tough on illegal immigration, but what is actually going on rivals the impotence and downright criminal actions against the people that the administration under the usurper Barack Hussein Obama Soetoro Sobarkah did in releasing illegal aliens, some of them convicted felons, into the US population. in just the past week, the administration released 5,500 and in the past 5 months, they have released nearly 200,000 illegal aliens into American cities.

The information was obtained through federal data by Breitbart, certainly a supporting outlet of President Trump.”

According to John Binder:

The catch and release process often entails federal immigration officials busing border crossers into nearby border cities — as well as flying them into the interior of the country — and dropping them off with the hope they show up for their immigration and asylum hearings. The overwhelming majority of border crossers and illegal aliens are never deported from the country once they are released into the U.S.

Today, there are anywhere between 11 and 22 million illegal aliens living across the country — the majority of which are concentrated in states like California, New York, Florida, Texas, and Illinois.

Roughly 800 border crossers and illegal aliens were dropped off in San Diego, California in the last week.

Adding to the agenda that is being rolled out, we find Mitch McConnell and Lindsay Graham are working behind the scenes drafting legislation to further benefit them that are illegally coming into this country.

Criminal politicians, as well as illegal invaders, are endangering American lives. Today, we are seeing this country literally being handed off to those who mean to get above you, while Americans are being brought very low (Numbers 32:23; Deuteronomy 28:15, 43, 52).

If this is not the definition of treason, then I do not know what it means.

Bradlee Dean is an ordained Christian preacher, Radio show host for the #1 show on Genesis Communication Network from 2-3 p.m. central standard (The Sons of Liberty). He is a National Tea Party favorite, as does he speak on High School and college campuses nationwide. Bradlee is also an author, a husband to one and daddy to four boys. You have probably seen Bradlee through such outlets as The New York Times, Fox News, MSNBC, CNN, The Weekly Standard etc.. Check out Bradlee’s website and follow him on Facebook.