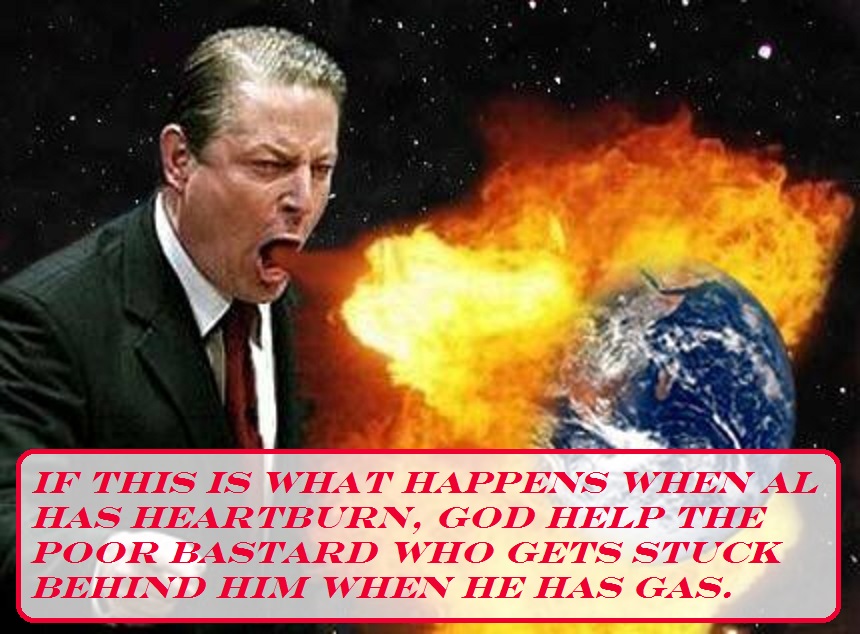 (Natural News) When Al Gore told a German audience in 2008 that the ice cap on the North Pole would be gone in five years, many people were alarmed. It’s something he had been saying for years, and he somehow had enough credibility that lots of people took his words at face value. If he was right, it should be long gone by now… and yet somehow, it’s still there!

In fact, when 2013 did roll around, the polar ice cap was reportedly at its highest level since 2006. NASA satellite photos taken in August 2014 showed a 60 percent increase in the size of the polar ice sheet, reaching more than half of the size of Europe – a far cry from being completely melted. Shouldn’t the opposite be happening if global warming is real?

He has repeated some variation of this headline-grabbing prediction time and time again. In January 2006, for example, he said that “within the next ten years, the world will reach a point of no return,” emphasizing his belief that global warming could cause a “true planetary emergency.”

Interestingly, the climatologist whose work was the basis of this prediction, Dr. Wieslav Maslowski, refuted Gore’s claims in 2009, saying: “It’s unclear to me how this figure was arrived at. I would never try to estimate likelihood at anything as exact as this.” He also said that he was very clear about the fact that he did not expect the northern ocean to be completely ice-free at that time.

This story serves to illustrate how some computer models get it all wrong. After all, they’re set up by people – people with biases and people who can be paid to make it say whatever they want it to say. And it stands to reason that many of the other predictions made by Gore and his cronies using similar models are also in no danger of panning out. Even well-intentioned computer models are little more than stabs in the dark, estimates of how different changes in variables related to climate metrics might impact the future.

Think of how carbon dioxide has been demonized. It’s essential for all life on our planet, from plant growth and reforestation all the way up the food chain. Without it, life as we know it would simply cease to exist so it’s almost impressive how they’ve managed to make so many people believe that carbon – something naturally emitted by the ocean – is such a big threat.

What it all boils down to is the fact that global warming is more of a political concept than a scientific one, and science is merely used to lend it an air of authenticity. Even with all the technology available to us today, meteorologists still can’t give us a definitive answer about whether or not it will rain a few days from now, so it stands to reason that these doomsday global warming projections for years and decades from now are equally unreliable.