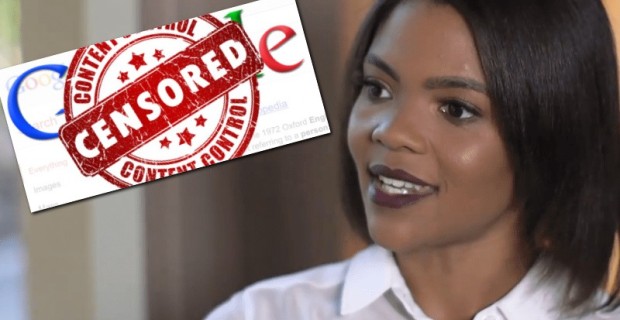 A user over at the Donald subreddit noticed the scandal and produced a series of screenshots to illustrate how Blexit, which is a campaign to encourage black people to leave the Democratic party, is being all but blacklisted by Google.

Typing ‘Blexit’ into Google results in nothing but negative news articles about the campaign, but that’s not the worse of it.

The first ‘Blexit’ website listed in the results is in no way related to Candace Owens’ campaign and is a totally separate organization.

This organization even had to issue an apology because people were mistakenly donating money in the belief it was going to Owens’ official Blexit campaign.

The sheer scale of the manipulation is realized when one searches for ‘Blexit’ on other major search engines, including DuckDuckGo, Yahoo and Bing.

In every instance, the correct result, Candace Owens’ official ‘Blexit’ website, appears as the number one ranked search result.

“This cannot possibly be a coincidence,” writes the Reddit user. “This is active fuckery with their algorithm on behalf of Google. Every other search engine gets it right but Google, the market leader by far, somehow is incapable of doing the same? This is active and intentional censorship of a political group shortly before a midterm election. This is influencing the election a lot more than some Russian twats creating facebook memes in Moscow.”

Despite Big Tech giants routinely banning and censoring users for what they claim represents “election meddling,” few questions are being asked about the power of the likes of Google, Twitter and Facebook to sway voters.

Studies have shown that algorithmic changes can shift millions of votes during elections.

According to Dr. Robert Epstein, Google alone was probably responsible for shifting 2-3 million votes in Hillary Clinton’s favor during the presidential election as a result of algorithm manipulation.

“The fact that it’s really just two or three companies – mainly two – and that they have similar politics, that just makes this even crazier. In fact, I say in this upcoming article that if these companies in November all happen to be favoring the same political party, I estimate conservatively – and I emphasize conservatively, even though I’m not a ‘conservative’ – that they could shift upwards of 12 million votes,” he warned.