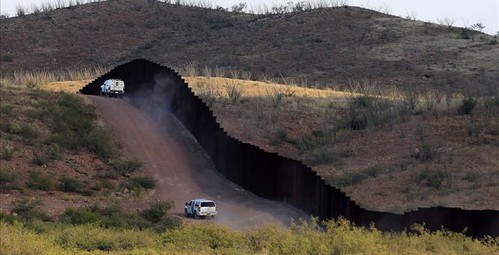 It is being reported that 2019 is another record breaking year for AFRICAN migrants at our Southern Border.

The LA times has the hard numbers:

The number of African migrants heading to the U.S. through Mexico has more than doubled this year — from roughly 2,700 in 2018 to 5,800 today, according to data from the federal government.

That figure has been steadily rising since 2007 — the year the Mexican government began including migrants from African countries who have contact with immigration officials in their annual migration reports — when the number was 460.

And that dramatic increase has been mostly left out of U.S. immigration conversations, activists say.

“Even within the immigration movement, you see a lack of visibility of black narratives with what is happening at the border,” said Guerline Jozef, director and co-founder of the Haitian Bridge Alliance, an organization that helps black migrants from all over the world.

Jozef was initially caught off-guard by the number of black migrants south of the border.

She stayed a month and counted more than 400 black migrants from not just Haiti but Congo, Cameroon and Sierra Leone as well.

Congo is only estimated to be about 12% Muslim.

Cameroon is slightly higher at 20.5%.

Sierra Leone is a genuine Islamic nation with 77% of the population being Muslim.

Except for Sierra Leone, those numbers don’t cause immediate concern for potential Muslim Terrorists breaching our Southern Border.

But past news has told us that Muslim Terrorists get across our Southern Border often.

Not all of us, who want the wall built, are concerned about the the poor family from Mexico that wants a new start.

We are concerned with terrorists and gangs and criminals coming across our border.

The point today is not to cast doubt on Islam as a religion, though I have written many articles on that subject.

Let’s just stop letting people in who want to kill us, no matter who they choose to pray to, what color their skin is, or where they come from.

People need to be vetted and enter legally.