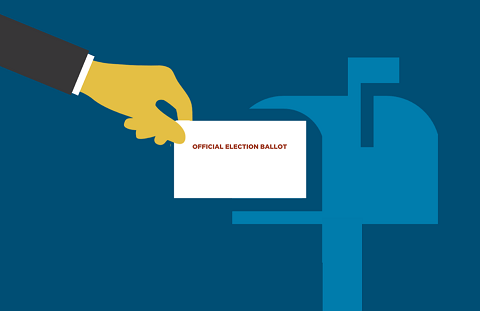 Sure, let’s do mail-in voting. What’s the worst that could happen? It’s not like mail-in voting isn’t a massive dead letter office of fraud.

Roughly 1 in 5 ballots never completed the mail voting process in the past decade.

“Putting the election in the hands of the United States Postal Service would be a catastrophe. Over the recent decade, there were 28 million missing and misdirected ballots,” PILF President and General Counsel J. Christian Adams said. “These represent 28 million opportunities for someone to cheat. Absentee ballot fraud is the most common; the most expensive to investigate; and can never be reversed after an election. The status quo was already bad for mail balloting. The proposed emergency fix is worse.”

The EAC defines “unknown” ballots as those that “were not returned by voter, spoiled, returned as undeliverable, or otherwise unable to be tracked by your office.”

The full number of unknown ballots stands at 28,359,530. Not like those kinds of numbers could make an impact on the election.

Of course, we wouldn’t need to have these ridiculous conversations if we, like every civilized country, actually verified the ID of the people voting, instead of treating voting as if it were less important than buying cough syrup or beer.

We have the technology to actually let everyone securely buy products from their phone.

Yet, our elections run on systems that are built to enable fraud.

And you don’t have to speculate very hard as to who benefits from that fraud.

It’s the same political movement that keeps blocking and fighting any voter ID measure even when it’s supported by their own voters.