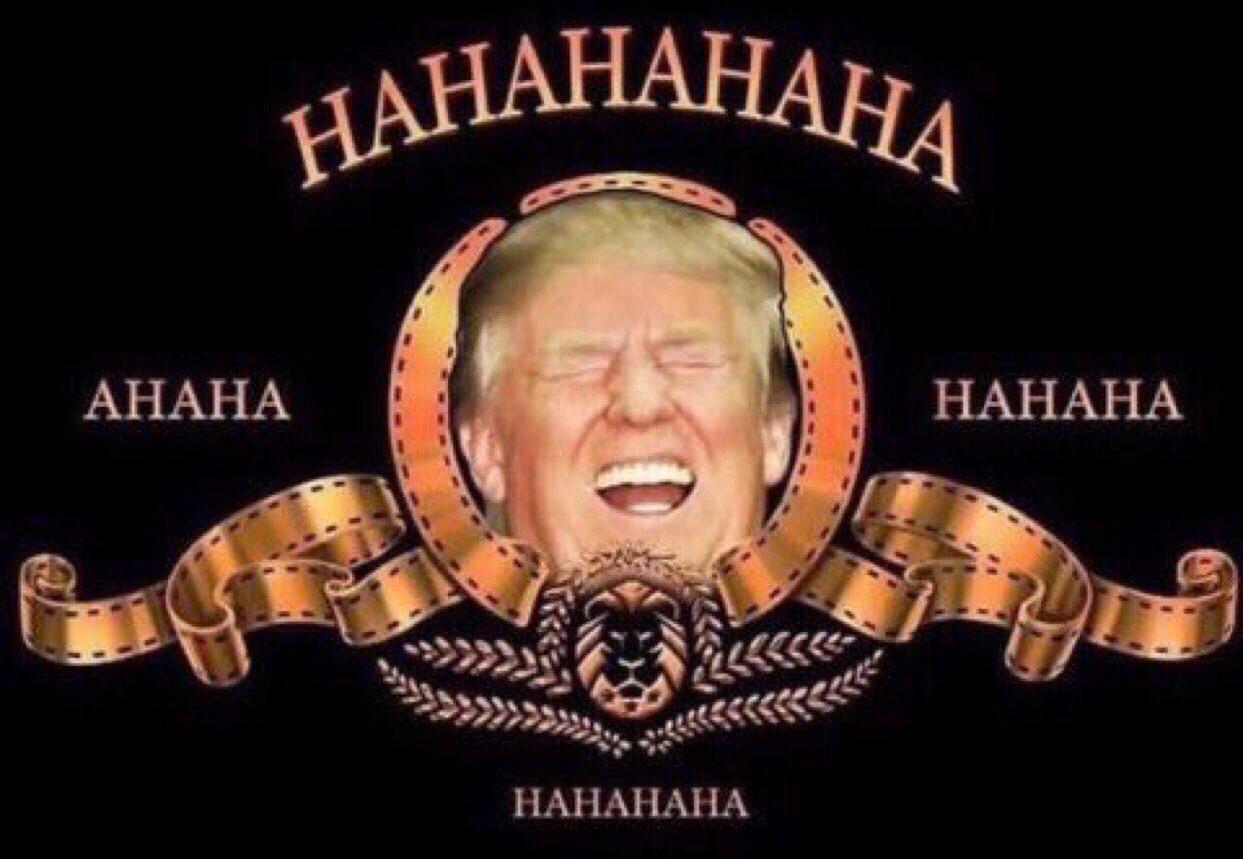 One of our brave patriots held a peaceful protest this past weekend, outside the house of Virginia Anti-Gun Nut, Mark Levine. Levine is a Democratic Delegate to the Virginia House of Delegates from Virginia’s 45th district and represents parts of Alexandria, Arlington and Fairfax. He, like most Dems in Virginia is owned by another Anti-Gun Nut, Presidential Candidate Bloomberg.

Levine is an avid Democratic shill, doing what those mentally challenged leftists do best, and that is fearmongering.

After the HB 961 Assault Weapons Ban and Seizure bill — sponsored by Levine — stalled in the Virginia Senate, Mark Levine took to twitter to spread lies and fear:

“Senate Committee voted to study assault weapons bill for another year. We already know weapons of war don’t belong on our streets. I fear mass murder with these weapons between now and then.”

The lie, Weapons of War are on the streets. The fear, mass murder. 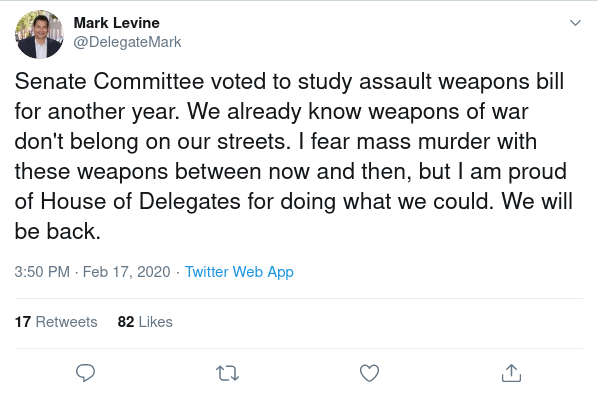 He knows this is fearmongering, because 16,000 patriots with firearms flooded the streets around the Virginia Capitol, on the 20th of January this year, and NOT ONE DAMN PERSON WAS SHOT or INJURED in any way! 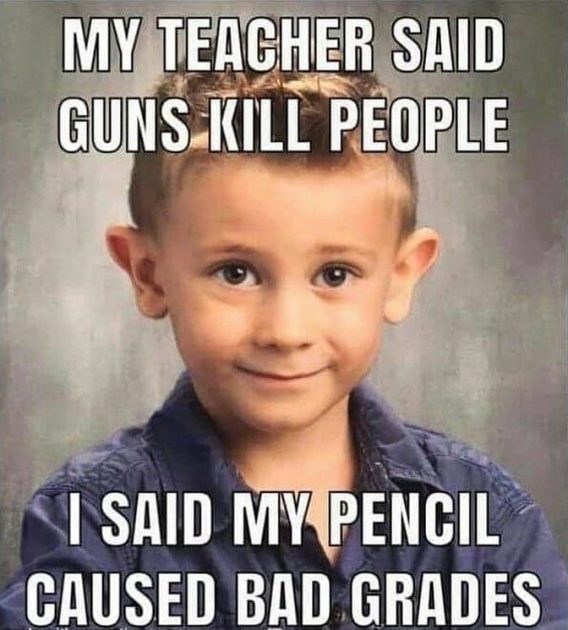 Mental illness is what drives crime. Guns don’t kill people, mentally ill people kill people. But you don’t’ see the Democrats pushing bills to help the mentally ill. After all, they need those people to vote for them and keep them in office.

HB 961 was tabled until next year pending an investigation or a study. Referring to the bill, the Virginia Citizens Defense League said, “We dare not get complacent again. We are far from being out of the woods. Red Flag laws, Universal Background Checks, and destruction of the firearms preemption law are still very much alive this year.”

On Saturday afternoon, Mark Levine looked out his kitchen window and saw a man with a long gun slung over his shoulder, a Virginia state flag, and a sign reading “Withdraw HB 961.”

Is EVERYONE in Power in Virginia a Tyrant? Read More — Virginia: Tyrants Ignore The People’s Protest Continues Gun Confiscation Frenzy With 9 More Bills

Levine not understanding irony, immediately called the police to remove Howard from in front of his house and to protect him with their guns. The police arrived and kept watch.

The protester, Brandon Howard of Hopewell, VA told the news this was a “one-man peaceful protest” as he stood outside the home of Democratic Del. Mark Levine. 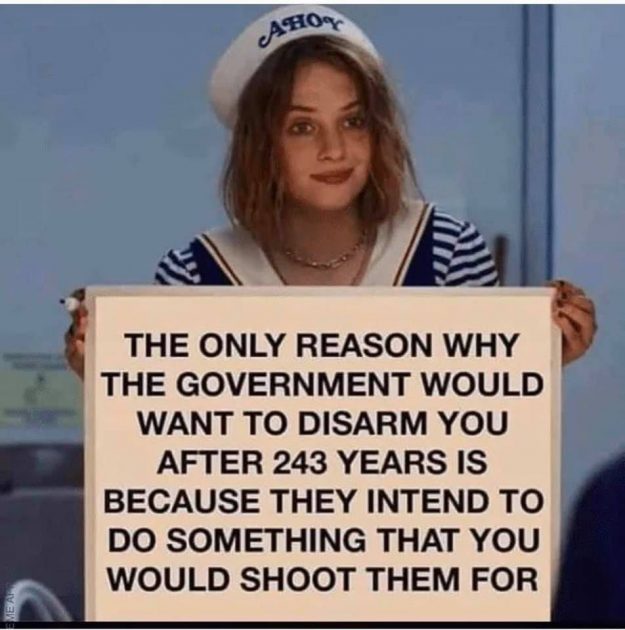 Alexandria police Lt. Courtney Ballentine confirmed that officers responded to Levine’s home Saturday and said the unnamed man was not trespassing on Levine’s property.
Howard said he showed police his firearms permits when they responded to the home and was allowed to continue his protest.

Since Levine lost that round, now he says he believes Howard may have broken a law to publish someone’s name with the intent to intimidate or harass them and is asking police to file charges against the gun rights activist.

Howard, who is chairman of Hopewell’s Republican Committee, posted a Facebook video with Levine’s home address urging others to join his protest. I won’t link that video, in case the leftists win their argument for harassment.

[However, I will either update this article or depending on how much additional info comes up, write a new article once the police have weighed in on Levine’s second accusation of harassment.]

Adding to the ironic statements made by Levine, he claimed Howard had an Assault Rifle with him. HB 961 would have banned the possession of magazines that hold more than 12 rounds.

However, Howard had a 9 round Shotgun. Neither an Assault RIFLE, NOR a High Capacity Firearm. The shotgun is made by the same manufacturer and similar to the Shotguns that I reviewed here, a Rock Island Armory VR60.

Like the whiny little B***H that you would expect a Democratic to be, Levine cried to his House colleagues on Monday about what transpired.

“Madam Speaker, on Saturday a man with a large assault weapon with a large extended magazine came to my home he stood outside my kitchen window for a couple hours or so” implored Levine. 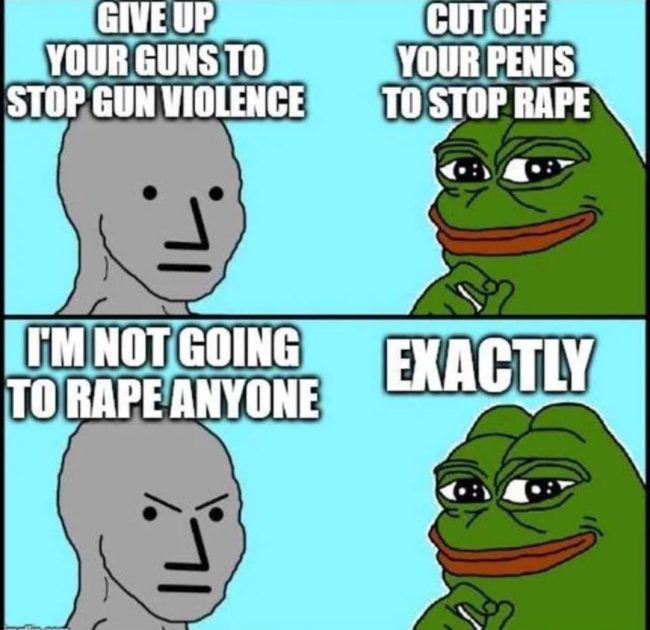 Here is the whole video of his pathetic whimpers. I can’t transcribe it all, it will just make me too angry.

As I mentioned, Levine is saying that he believes that Howard violated Virginia statute § 18.2-186.4. Use of a person’s identity with the intent to coerce, intimidate, or harass, because Howard gave out the address of this loser.

“It shall be unlawful for any person, with the intent to coerce, intimidate, or harass another person, to publish the person’s primary residence address. Any person who violates this section is guilty of a Class 1 misdemeanor.”

Levine may fail in his claims, since as a public official; his address is already published and known so citizens of the state can verify that he is a resident.

Here’s What a Brother from Down Under Has to Say About Gun Confiscation. Read This — An Open Letter to All 2A Supporting Americans from an Australian Firearms Owner

Being the typical Tyrannical Leftist Democrat that exists solely to strip the rights from people, Levine promised that if he cannot get Howard jammed up on these charges, he will put forth a bill making it illegal to protest out front of a public official’s residence.

Levine was quoted as saying, “If it’s not illegal, I’m going to be damned sure by next year it is illegal.”

Tyrants, every damn one of them.

Be sure to vote in your Primary and in the Presidential Elections. Turn this country Red Again.
Make America Great Again. 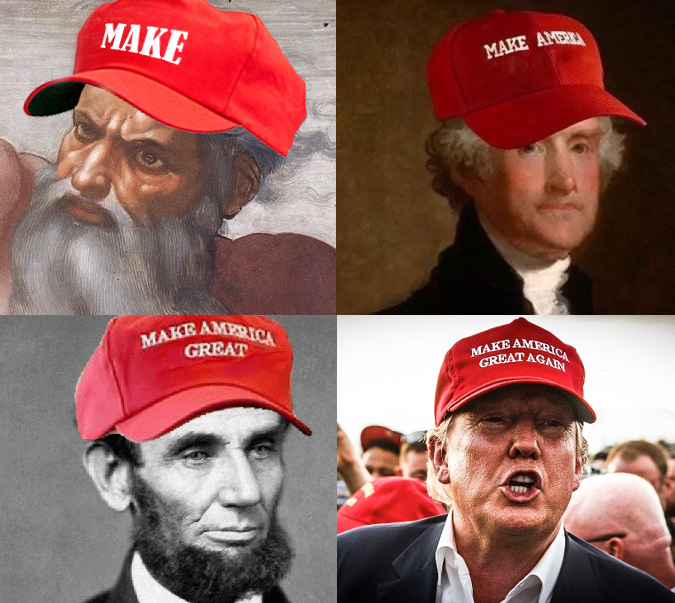 Air Force has a New Firearm for Ejection Seats, Read About it Here — BANG! Rifle Made for Ejection seats–Bonus Ejection Video–Watch!