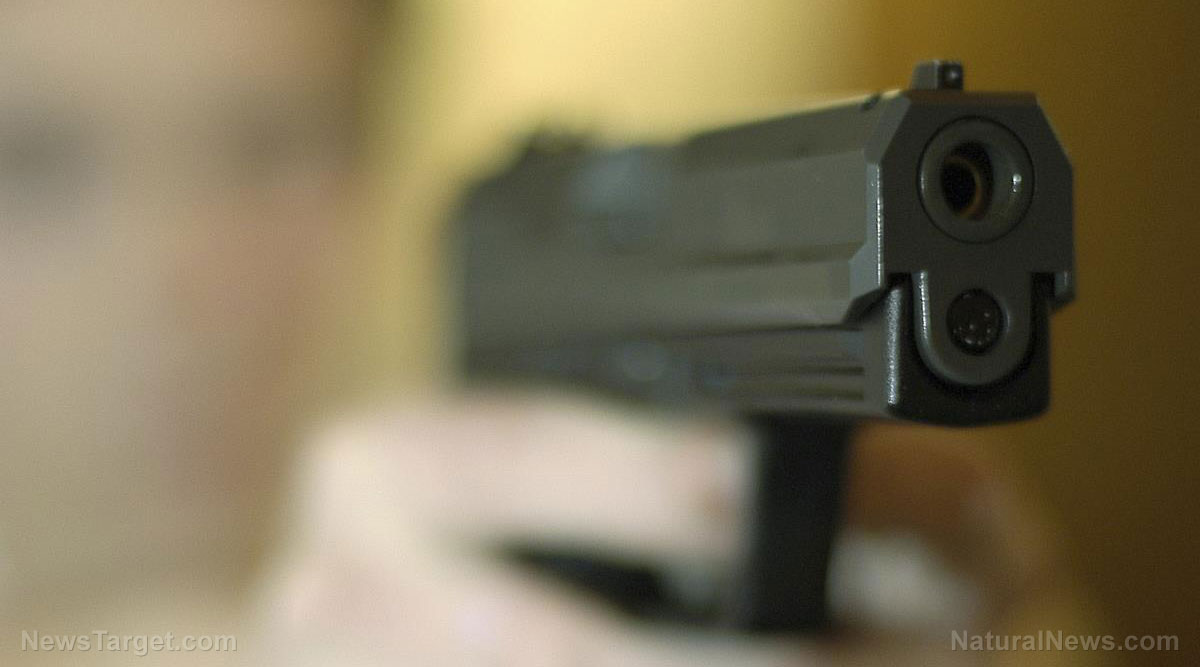 I’ve often written about the fact that gun control is every bit as much of a women’s issue as equal pay and maternity leave. Anyone who believes in destroying the 2nd Amendment doesn’t understand what an equalizer a firearm can be. A determined woman with a gun can fend off a number of larger male attackers, sometimes without even firing a shot.

I know this is true because I have had occasion to protect myself and my daughter with a gun in the past. But if some gun control advocates had their way, all guns would be banned. Every single one. This would take away the right of women all over the country to protect themselves.

I argue constantly that guns have a place in every woman’s home. Below, you can find 3 stories about women who defended themselves and others with guns in just the past week.

A Restaurant Worker in Wisconsin

Miranda Schaeffer told Fox & Friends that her gun may have been the deciding factor in saving the lives of herself and a co-worker last week.

She and her co-worker were physically attacked by a customer who wanted a refund at the George Webb restaurant in Milwaukee, Wisconsin, where they work last Friday night, July 6, 2018. Schaeffer recounted the incident:

“He didn’t look like he was playing any games with anybody. He wanted his money,” Schaefer said. “But he didn’t want to wait. Like literally maybe a minute. And as soon as [Kaehler] said you can’t come back here, that’s when he punched her. And I said ‘no, we’re not going to have no more of this.’ So I pulled out the firearm and that’s when I said ‘you’ve got to go.’”

Schaefer said the assailant would have kept assaulting her and her coworker, had she not pulled out her gun and told him to move along.

“He would have most definitely kept on coming,” Schaefer said. “He would have kept on hitting. He would have tried to fight both of us. The punch was originally for me because I told him no about the refund because I’m not allowed to you give the refund.”

Schaeffer’s coworker had urged her to bring the firearm to work due to a history of violent incidents at the location, as well as a lack of security.

An Ex-Wife in Alabama

A woman in Jefferson County, Alabama successfully defended herself against her estranged husband last week, as well.

Chief Deputy Randy Christian said deputies were dispatched about 10 a.m. to a home in the 2800 block of Seventh Street N.E. A woman told lawmen her estranged husband had broken into the house and tried to sexually assault her.

The woman was armed with a handgun and shot him in the leg to fend him off, Christian said. The suspect fled in vehicle but was stopped by deputies in the 1900 block of Old Springville Road. He was taken to the hospital with injuries that aren’t life-threatening.

Detectives questioned the suspect, who they identified as Eric Austin. After questioning, Austin was arrested and charged with attempted rape and second-degree domestic violence. (source)

The man was put under guard at the local hospital and will be sent to the Jefferson County Jail after he is released.

A Mom in Texas

When a Dallas, Texas mom went into the gas station for just a moment, a potential carjacker took that as an opportunity to try and steal her SUV…with her two young children inside, ages 2 and 4.

Booker said jumped back into the vehicle and ordered the man to stop the car. When he refused, she tried to push the gear into park as the car rolled through the parking lot. The suspect, Rickey Wright, still refused to stop, so Booker reached for her gun.

“When I see that he’s not trying to stop, he kept hitting the gas, I went toward my glove compartment and grabbed my gun and I fired at him from the side,” she said. (source)

She shot Wright in the face. He is in the hospital with serious injuries and has been charged with unlawful restraint and unauthorized use of a motor vehicle.

These women refused to be victims.

These brave women didn’t wait around to be victims. They took their personal security into their own hands. Each of them got a gun and learned how to use it. They didn’t hesitate when the time came and because of this, they and others remained unscathed.

Notice that none of the assailants threatened the women with a firearm. They tried to use their superior strength and size to intimidate their would-be victims. In each case, the gun served as an equalizer.

Biology defies the politically correct ideal that everyone is equal. If my daughters were to ever find themselves in a position where they had to fight to save their own lives, I would far rather they be armed with the handgun of their choice than any number of weekend self-defense classes. Nothing is going to empower them more than a firearm that they can use with comfort and accuracy. Nothing is going to be more likely to end a conflict before it erupts into violence than seeing that the person you thought was going to be your victim is willing to fight back with deadly force.

The idea that we all need to hand over our guns and then the world would be a safer place is nothing but a silly, rose-colored daydream with no basis in reality. If that offends you, then you need to sincerely think about the fact that under your guidelines, the smaller, weaker person will always be the victim.

We all have the natural right to protect ourselves and our loved ones. Why are some people so terrified of the idea of taking control of their own safety?

There is no way to guess how many times a firearm in the hands of a would-be victim deters a criminal and saves a life. The mere sight of a firearm doesn’t cause violence. It can prevent the violence that is brewing.

Yes, people really DO want to take all the guns.

Despite the assurances of the left that “no one is coming for your guns,” opponents of the 2nd Amendment have been a lot more vocal lately stating that this is not the truth. Last year, Lt. Governor (and would-be governor) of California Gavin Newsome flat out said on Facebook:

“It’s been 5 years since 20 first graders were shot dead at Sandy Hook…We have a message for the NRA – National Rifle Association of America: If you hurt people, we ARE coming for your guns.” (source)

A survey undertaken in March says that half of all Democrats want to ban ALL guns. Here are half a dozen articles with examples of people who want to take our guns.

And of course, these articles are a drop in the bucket. There are many, many more. Would all of these people prefer it if the restaurant workers above were killed by their assailant? If the two children were kidnapped and killed by the carjacker? If the woman was raped by her ex-husband?

Take control of your own safety.

Any person who feels marginalized or vulnerable to hate crimes should be there lining up at the shooting range with me and the three women mentioned above. If you are a gay person, a minority, a transgender person, or of a religion that is being persecuted, you, too, need to take the power into your own hands to defend yourself from the bullies of this world should they physically attack you. I urge you to get a gun and take some instruction to learn how to use it, store it, and carry it safely and responsibly. (Here are some tips on choosing a gun.)

If you agree with the following statements, then you cannot logically agree with the type of gun control that takes away everyone’s right to bear arms.

Most of us are on the same side. We want to be safe. I urge you to take that safety into your own hands like these women did, because as the saying goes, when you need help in seconds, the police are only minutes away.

Daisy is a coffee-swigging, gun-toting, homeschooling blogger who writes about current events, preparedness, frugality, and the pursuit of liberty on her website, The Organic Prepper. Daisy is the publisher of The Cheapskate’s Guide to the Galaxy, a monthly frugality newsletter, and she curates all the most important news links on her aggregate site, PreppersDailyNews.com. She is the best-selling author of 4 books and lives in the mountains of Virginia with her two daughters and an ever-growing menagerie. You can find Daisy on Facebook, Pinterest, and Twitter.