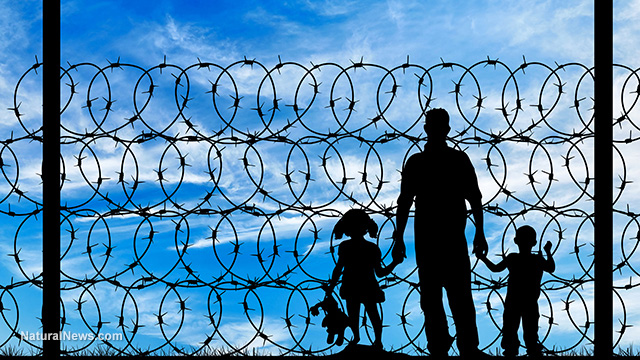 (Natural News) In the biggest mass casualty event in the history of San Antonio, more than 50 migrants have died after being left inside a tractor-trailer in sweltering heat.

According to the Commissioner of Precinct 1, Rebeca Clay-Flores, the death toll stands at 51, which includes 39 men and 12 women. The death toll has climbed since 46 migrants were initially found dead at the scene on Monday as five of the victims brought to hospitals were later pronounced dead. Several other individuals are still hospitalized with heat-related illnesses.

San Antonio Police Chief William McManus believes the people were part of an attempt to smuggle migrants across the border, but he noted that all of the victims’ home countries are not currently known. However, the Secretary of Foreign Affairs of Mexico, Marcelo Ebrard, tweeted that the deaths included 22 people from Mexico along with two from Honduras and seven from Guatemala. Although the border city the individuals traveled from is unknown, the truck is believed to have gone through the Laredo checkpoint.

The trailer was discovered on Monday evening when a nearby worker heard cries for help coming from inside of it on Quintana Road. The doors were reportedly partway open, and the worker called for help after seeing dead people inside of the trailer. The chief of the San Antonio Fire Department, Charles Hood, said that the 46 adults who were discovered dead in the trailer and the surrounding area appeared to have suffered from heat stroke. The Bexar County Medical Examiner’s office is currently investigating the deaths and has requested help from other counties.

Hood added that the refrigerated tractor-trailer did not have any working air conditioning or water available. However, it was not clear how long the individuals had been inside the trailer. Those who survived were too weak and hot to let themselves out of the vehicle.

According to first responders, 16 people were sent to area hospitals, including four pediatric patients and 12 adults, all of whom were conscious at the time of transport but suffering from heat exhaustion.

Three people are in custody

McManus told the media that three people had been detained following the discovery of the trailer but their connection to the incident is not entirely clear yet. One person who was detained at the scene was discovered in a field near the trailer and may have been trying to pass themselves off as a survivor, while two other individuals were taken into custody from a home in the southern part of Bexar County with help from a license plate number provided by a witness taken from a truck that fled the scene. These individuals are currently in federal custody and may be facing charges of conspiracy to transport migrants resulting in death and transporting migrants resulting in death.

Although the tractor-trailer had registration numbers from the Texas Department of Transportation, the numbers could have been fraudulent. Authorities are currently investigating.

The incident is being called the biggest mass casualty event in San Antonio, but it is not the first time that groups of migrants have been discovered dead in the city. In July 2017, eight migrants were discovered dead not far from Monday’s incident after being trapped inside a truck parked at a Walmart; two more people in the truck later died at the hospital. The driver in that incident, James Matthew Bradley Jr., was handed a sentence of life in prison after pleading guilty to one count of transporting aliens resulting in death and one count of conspiracy to transport aliens resulting in death.

In May 2003, a group of 19 migrants were found dead inside of an unrefrigerated dairy truck that was left in Victoria with temperatures above 170 degrees inside. Driver Tyrone Williams was sentenced to 34 years in prison for his role in the incident without the possibility of parole.

In a tweet, Texas governor Greg Abbott blamed the incident on the President, writing: “These deaths are on Biden. They are a result of his deadly open border policies.”