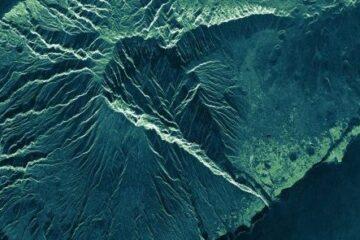 The earth is seeing a ton of increased earthquakes across the earth. The latest story comes from the Canary Islands of Spain, specifically the island of La Palma. The islands have experienced at least 700 earthquakes in the past week since last Saturday, and it has sparked speculations that a volcanic eruption may be in the near future.

A massive earthquake swarm has been reported around the volcanic island of La Palma in the Canary Islands of Spain. The Volcanological Institute of the Canary Islands (Involcan) said there’s reason to believe the seismic swarm is due to magma slowly rising.

The largest rumble, a 3.4 on the Richter scale, was reported by Involcan on Tuesday morning. Most quakes are shallow and happen 5 to 7.4 miles down, suggesting that new magma is rising.

“Without a doubt, the current seismic swarm represents a significant change in the activity of the Cumbre Vieja volcano and is related to a process of magmatic intrusion under the island of La Palma,” Involcan warned.

According to The Sun, the Special Plan for Civil Protection and Attention to Volcanic Risk Emergencies (PEVOLCA) was activated due to the increased seismic activity.

For clues about a possible eruption. Local officials reported a sensor at the volcano took a reading of the “highest Helium-3 levels in 30-years.” The gas is considered a message from the mantel and may suggest future volcanic activity.

Cumbre Vieja volcano last erupted in 1971, considered one of the most active volcanoes of the Canary Islands. There have been fears an eruption could cause a megatsunami. Steven Ward first explained this theory in research from the Institute of Geophysics and Planetary Physics, University of California, Santa Cruz, California, two decades ago.

The situation warrants close monitoring due to the possibility of volcanic activity.

The US has also been experiencing quite a bit of earthquakes, especially on the West Coast and in the Northwest US. Even the Midwest was hit with them in the past couple of years We even experienced a fairly large earthquake rattled the southern states in 2018.

See to it that you do not refuse Him who is speaking. For if those did not escape when they refused him who warned them on earth, much less will we escape who turn away from Him who warns from heaven. And His voice shook the earth then, but now He has promised, saying, “Yet once more I will shake not only the earth, but also the heaven.” This expression, “Yet once more,” denotes the removing of those things which can be shaken, as of created things, so that those things which cannot be shaken may remain. -Hebrews 12:25-27