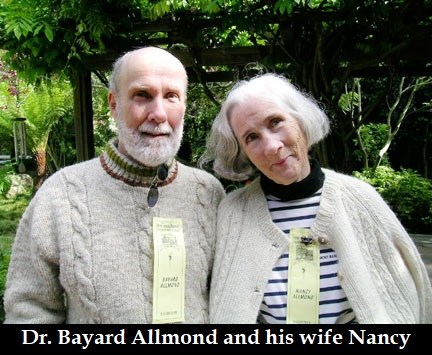 The Mayo Clinic says “It’s natural for men to notice a gradual decrease in sex drive (libido) as they age.”

But not for pedophiles and pederasts, like 84-year-old Berkeley pediatrician Bayard Allmond, M.D.

California News Wire Services reports that on November 8, 2018, Dr. Bayard Allmond, an 84-year-old Berkeley pediatrician with 54 years of experience, pleaded no contest ahead of a scheduled January 2 sentencing for his conviction on a felony count of sending harmful matter to a teenage boy with sexual intent.

In exchange, the Alameda County District Attorney’s Office agreed to:

Allmond was arrested on Dec. 14, 2017, at his Berkeley home on Hillcrest Drive where he also has his medical practice.

Officer Kacalek wrote that when Allmond was arrested on Dec. 14, 2017, he “admitted to engaging in sexual acts with the victim inside his office,” that “what he did was wrong,” that he showed poor judgment, and that “he regretted the incident.”

Allmond’s lawyer, Paul Wolf, says the criminal complaint against Allmond contains “provocative allegations,” many of which “cannot be proven and are not true.” Wolf calls Allmond “an 84-year-old man who has an extraordinary reputation and is generally loved and admired professionally,” who “has worked well with hundreds of patients,” and whose behavior with the teenage boy was “aberrant.”