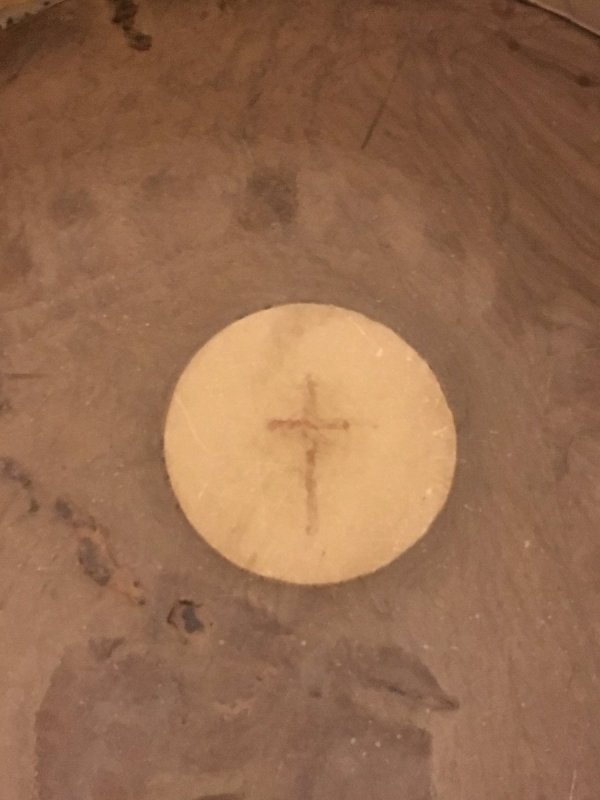 Chad Pergram is an award-winning reporter who covers Congress for Fox News.

Pergram has not responded to readers’ queries as to whether the cross had always been there or if it’s a new phenomenon, but a reader (@Knuffle_Bunny) of his tweet responded with a picture of the Capitol Rotunda’s floor before/without the cross:

I have searched in vain for photos of the Capitol Rotunda’s floor, including a 360° virtual tour of the Rotunda, but did not find any picture showing the center of the Rotunda floor with or without a cross.