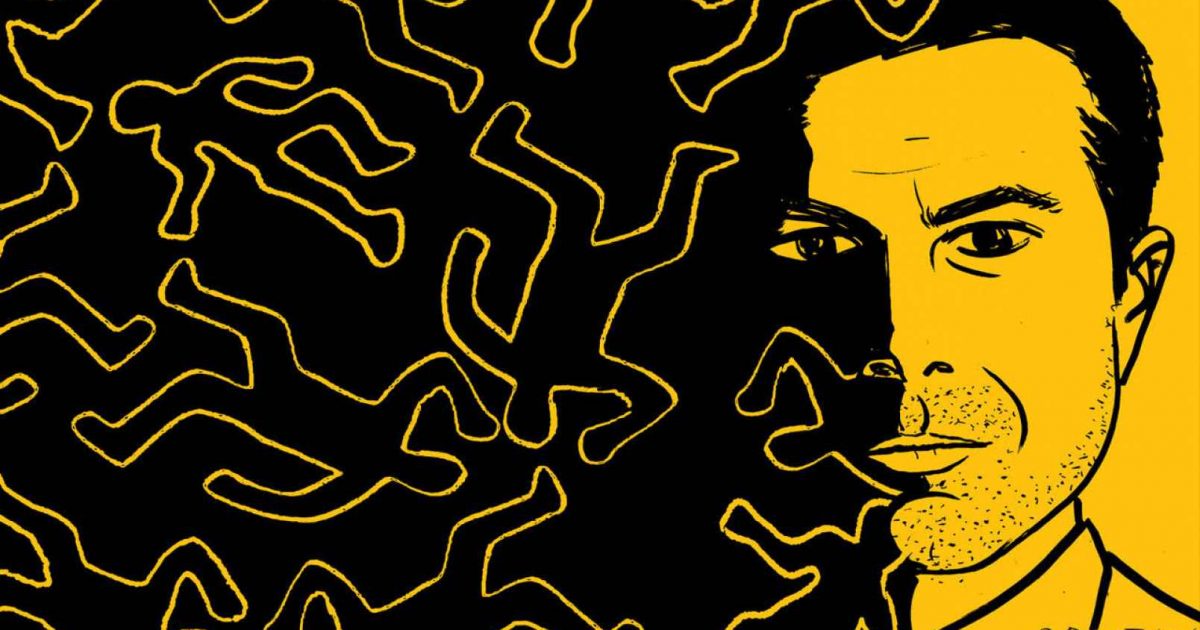 The blighted Rust Belt city, riddled with gangs and bodies, was Buttigieg’s platform.

The bodies were Chief Ruszkowski’s other concern.

Another fatal shooting had happened a day earlier. A reporter asked him how many shootings had taken place in South Bend. The top cop’s response was both bitter and evasive. “After one shooting, I stop counting because all of these shootings are frustrating and make me sick to my stomach.”

There’s little doubt that Chief Ruszkowski knew the number. South Bend’s plan for fighting crime has run heavy on statistics and light on results. But he knew that the number would be inconvenient. Instead, he touted the “special event” where his boss, after running the city into the ground, would announce, not a plan for dealing with the shootings, but a run for President of the United States.

By April, the politician whose supporters called him, “Mayor Pete” had been neglecting the city where 8,515 voters in an apathetic city of 102,245 had elected him mayor. While the bodies piled up, Buttigieg and his boyfriend were rushing between upscale fundraisers and media appearances.

On April 18th, Mayor Peter Buttigieg had been the guest of honor at a Manhattan fundraiser by the majority owner of the third largest theater chain on Broadway. His boyfriend had sat in the VIP section at one of the theater mogul’s productions. Meanwhile, a world away from the glamorous Chelsea scene, a vigil was being held in South Bend for Keyontae Jones, a 21-year-old man, who had been shot dead.

Myron Draine, 19, was also charged in a shooting that wounded two Indiana University South Bend baseball players, leaving one paralyzed from the neck down. Draine was a member of the G-Block gang and had been trying to avenge the shooting death of a fellow gang member in South Bend’s ganglands.

After posing for selfies with members of Manhattan’s elite, Buttigieg caught a flight to South Carolina. In South Bend, a wounded man walked into the hospital after someone opened fire on his car.

On January 23rd, Buttigieg had announced at a Washington D.C. press conference that he was forming an exploratory committee to run for president. He claimed that what qualified him was his “experience leading one of America’s turnaround cities” which was now “on a terrific trajectory”.

South Bend was rated one of the worst cities to live in the country. It’s been listed as one of the nation’s murder capitals where half the residents live in poverty. That’s a trajectory. But not a terrific one.

A day later, a South Bend man was arrested in a shooting and carjacking gone wrong.

A week before Buttigieg claimed that South Bend’s turnaround qualified him to run America, three people were arrested for shooting one woman in the chest and wounding another.

By the end of March, as Peter Buttigieg turned into the new Dem crush, 6 people had been shot in his city. A talented baseball player had been paralyzed and an 11-month old baby had been wounded.

“My name is Pete Buttigieg. They call me Mayor Pete,” Buttigieg declared in the city he now occasionally visited. “I am a proud son of South Bend, Indiana.”

He was so proud that he would not be running for a third term in office.

After the latest brutal violence, he admitted that “life here is far from perfect.” He claimed once again that, “we’ve changed our trajectory.” He didn’t show the press and his fans, the bodies. Instead, he triumphantly touted the makeover of a Studebaker plant into a “tech startup incubator”. The makeover by a trendy Chicago architecture firm had been funded by a grant from the Pence administration.

The Studebaker plant had employed 23,000 workers. Buttigieg’s proposed new vision for South Bend, at a cost of $23 million, assuming it even goes anywhere, will employ few residents from the city.

Buttigieg’s vision for the Rust Belt was the same old failed Obama pitch of giving up on manufacturing jobs, and converting factories into tech incubators that will only employ workers with college degrees.

Meanwhile, in the week before the launch, a man was fatally shot, and two days beforehand another man showed up at the hospital with 4 gunshot wounds.

While Mayor Buttigieg touted the country touting his South Bend success, there had been a dozen shootings.

Two of them were fatal.

Despite claiming to be its proud son, Buttigieg doesn’t talk about South Bend that much. He would rather pick fights with Christian conservatives than have anyone look too closely at his record.

How is it possible that a dozen people can be shot in the city that a top presidential candidate is supposed to be running without the media ever reporting on it or asking Buttigieg about it?

Photos from the Chelsea fundraiser at an undisclosed location showed a sea of white, wealthy men. The men wounded and dying in South Bend have been mostly black men. They are not part of the world of Mayor Pete which is rooted in Notre Dame and in the area catering to its students and faculty.

Buttigieg represents the gown side of South Bend’s town and gown divide. He was never the mayor of South Bend. He is the mayor of Notre Dame U: the son of a Marxist professor on the faculty. Notre Dame’s student population of over 8,000 is about the same size as the 8,000+ voters who elected him.

The boy wonder hasn’t connected with a working-class Rust Belt electorate. There’s not that many of them left in South Bend. Nor has he clicked with the city’s sizable African-American population.

In the 2020 polls, he performs best with white lefties. He doesn’t even rank among black voters.

As Mayor Peter Buttigieg heads to Los Angeles for a fundraiser co-hosted by Gwyneth Paltrow, the three thugs who murdered a man outside Frank’s Place are going through the legal system.

Frank’s Place is a long way from the glamorously Beverly Hills mansions where “Mayor Pete” will be pressing the flesh of the beautiful people. After the shooting, Frank’s manager urged the city to do something about the violence. But the guy whose job that is will be in California posing with celebrities.

A dozen people have been shot. And a dozen more will be and then a dozen more while he drinks champagne at fundraisers, pops up on talk shows, appears on Saturday Night Live, dines at nightclubs and restaurants from Brentwood to Brooklyn, and is feted, toasted and celebrated by the elite.

The lives of the fallen in the absentee politician’s city, unlike his political ambitions, don’t matter.

The poor black and occasionally white people being shot in South Bend don’t exist for the wealthy lefties swooning over Buttigieg’s class president routine that got him elected the Mayor of Notre Dame U.

The bodies in South Bend’s hospitals and morgues show that its mayor couldn’t run a city of a hundred thousand let alone a nation of over three hundred million. And the truly damning thing is not only that Buttigieg failed South Bend, but that the moment he sniffed out an opportunity, he abandoned his job.

Buttigieg opportunistically left his city in its hour of need. He parties while South Bend bleeds.

South Bend, like so many other failed cities, is the work of generations of Democrat politicians. Buttigieg is just the latest hack to pump and dump a city that has so little hope that it never even bothers to vote.

While the vigils, the murder trials and the shootings continue, Buttigieg is cashing in from San Diego to San Francisco with a busy schedule of fundraisers through May and June. For a thousand bucks, you can meet with him in Palo Alto. For $2,800 you can get a picture taken with him in Los Angeles.

But if you live in South Bend and want to talk to “Mayor Pete” about the bullets flying through your windows, you’re going to need a plane ticket, a shiny new suit and a whole lot of money.