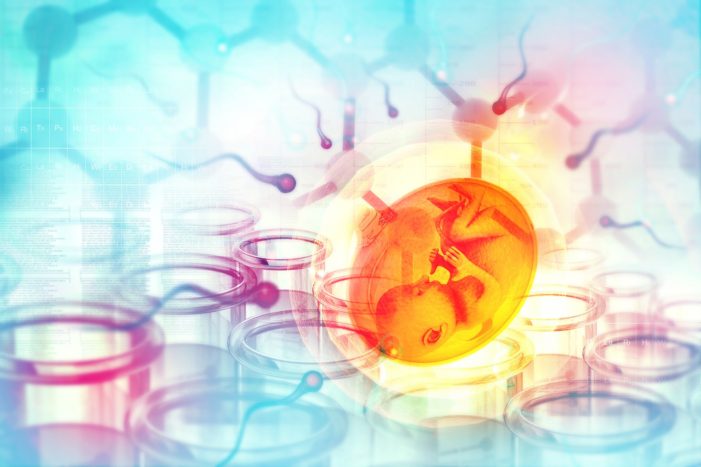 The rather recent disclosure the U.S. government cancelled a contract to purchase “fresh” aborted fetuses tissues for research seems to be “growing legs,” as they say.

According to this website, 45 groups signed on to a common letter dated September 11, 2018 addressed to the Secretary of the U.S. Department of Health & Human Services, Alex M. Azar II, wherein the opening paragraph states:

We were shocked and dismayed at the news report that the Food and Drug Administration (FDA) has signed a contract to purchase “fresh” aborted fetal organs from Advanced Bioscience Resources, for the purpose of creating humanized mice with human immune systems. We expect far better of our federal agencies – especially under the leadership of a courageous pro-life president – entrusted with the health of American citizens. It is completely unacceptable to discover that the FDA is using federal tax dollars and fomenting demand for human body parts taken from babies who are aborted.

In 2015, disturbing undercover videos obtained by the Center for Medical Progress showed abortion industry staff discussing the sale of fetal brains, hearts, livers and other organs obtained from elective abortions. Subsequent investigations by the House Select Panel on Infant Lives and the Senate Judiciary Committee found evidence of violations of federal laws regarding the buying and selling of fetal organs.

[….]
take our poll - story continues below

Because there is a requirement for “fresh” tissue, what does this mean in terms of hours elapsed since the harvest of aborted fetal organs for delivery to FDA?

There is a larger question of openness and transparency at HHS regarding this issue. Not only is this shocking FDA contract of concern, but the National Institutes of Health (NIH) continues to fund fetal tissue experimentation. NIH’s own data indicate that during FY 2017 the NIH spent $98 million for fetal tissue research and expects to spend $103 million in FY 2018. The data for FY 2017 also indicate that while the bulk of this spending comprises grants to university researchers, a number of projects (approx. $21 million) involved experiments with fetal tissue on the NIH campus.

Fetal organ procurement is highly unethical and potentially illegal. The undercover investigation by the Center for Medical Progress found that many women solicited to donate aborted baby organs were given misleading consent forms to sign with statements that aborted tissue “has been used to treat and find a cure for such diseases as diabetes, Parkinson’s disease, Alzheimer’s disease, cancer and AIDS.” These blatantly false statements violate ethical standards by grossly misleading the patient.

The federal government must find ethical alternatives as soon as possible, and should end all association with those who participate in any trafficking or procurement of aborted baby organs. No taxpayer dollars should continue to go to this gruesome practice. It is our hope that these reforms would start with you and HHS – and start today. [CJF emphasis]

Does the above information seemingly confirm why Roe v. Wade may be more important to the feds and their Frankenstein-type research than to women’s supposed rights? A constant supply of “fresh” aborted fetal tissue sources, similar to going shopping for fresh groceries! And paid for by taxpayer funding! Is that what you want your tax dollars spent on?

20—Are the mothers who agree to donate the tissue from their unborn babies for this FDA research informed that tissue taken from their aborted baby will be transplanted into a mouse?

By the way, are you aware that one vaccine’s ingredients is/was “mouse brain”? When I was researching and writing my book Vaccination Voodoo, What YOU Don’t Know About Vaccines, during 2012-2013, mouse brain was listed in the CDC Pink Book Vaccine Excipient & Media Summary back then. However, the current CDC June 2018 version of the Pink Book apparently had that ingredient sanitized from the listing, as mouse brain does not appear in any vaccine ingredient listing by CDC.

I bring up mouse brain tissue in vaccines because CNS News reports, “The objective is to acquire Tissue for Humanized Mice… ABR is the only company that can provide the human fetal tissue needed to continue the ongoing research being led by FDA.”

Humanized Mice! Are you going to invite them to live with you, too! Question, hypothetical at that: If humanized mouse brain is/were in a vaccine or vaccines given to infants and toddlers, can that have any impact upon brain encephalopathy, seizures, Autism Spectrum Disorder (ASD) or even Sudden Infant Death Syndrome?

As one who has researched vaccines, their literature and adverse events since the mid-1980s when moms first started telling physicians, “My kid got a vaccine and he’s not been the same since,” we now have to demand HHS-CDC-FDA, in particular, come clean about what they either don’t know because of trade secrets or are willing to let slide by in Big Pharma research to allow as vaccine ingredients, which come from foreign (animal) DNA, and can include mycoplasmas, or viruses and virus nucleic acid contamination as was found in the following vaccines:

Veterinary vaccines [avian viruses and the torque teno virus, which has a strong link with the PCV (pig) virus].

It is my opinion using aborted fetal tissue in vaccines—technically called diploid cells— every few months until a child is ready to go to school, is asking for short and long range chronic health problems. We know what happens when a person receives the wrong blood type during a blood transfusion. We know what happens when someone ingests E. coli, especially when transferred into food from unwashed bathroom-use hands.

The action came after 85 members of Congress signed a letter to FDA Commissioner Scott Gottlieb expressing concern about the $15,900 contract, which was awarded in July. The letter noted that Advanced Bioscience, a non-profit, obtains tissue from abortion clinics.

The department is also reviewing “whether adequate alternatives exist to the use of human fetal tissue in HHS funded research and will ensure that efforts to develop such alternatives are funded and accelerated.”

One of the most important hearings the U.S. Congress, which has oversight, can do is investigate the vaccine manufacturing industry, and very soon. Representative Bill Posey asked for such an investigation back in July of 2015, with nothing to date. Why?

We also have to question, plus factor in, Gloria Steinem’s part in the “liberated female meme and acculturation process” she promoted for many years, considering the fact she was a CIA operative! Here is a video wherein Steinem admits to that! See how things work.