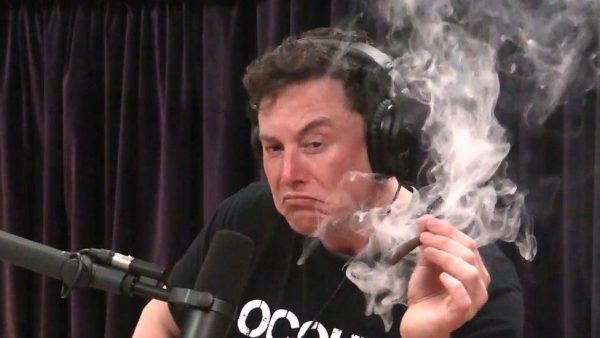 The architects of Black Twitter worry Twitter’s new African-American owner might allow too much free speech, which somehow impacts the ability for blacks on Twitter to promote lies like #BlackLivesMatter and #ICantBreathe.[Column: With Elon Musk in charge, it’s the beginning of the end for #BlackTwitter, LA Times, April 25, 2022]:

It’s all rather disturbing and yet somehow fitting in these doublespeak-steeped times.

And the California-hating billionaire insists he’s doing it all to protect free speech.

“Twitter is the digital town square where matters vital to the future of humanity are debated,” Musk said Monday, announcing that he had succeeded in taking over the San Francisco-based social media company for $44 billion.

Consider this the beginning of the end of #BlackTwitter.

Not of Black people on Twitter but of #BlackTwitter — the community of millions that figured out how to turn a nascent social media platform into an indispensable tool for real-world activism, political power and change.

And entertainment too. Where do you think the best memes and GIFs come from?

#BlackTwitter gave us hashtags that turned into movements.

#BlackLivesMatter and #ICantBreathe became rallying cries for hundreds of thousands of protesters after the 2020 murder of George Floyd by Minneapolis police. And for years before that, when fewer Americans were paying attention to the disproportionate number of Black women being killed by police, there was #SayHerName.

It was #OscarsSoWhite that led to pressure for changes at the Academy of Motion Picture Arts and Sciences. And let’s not forget that #MeToo, which roiled the halls of power in corporations and government, was started by a Black woman.

There’s also #BlackGirlMagic and #BlackBoyJoy, both celebrations of the beauty of Blackness in a country that so often devalues it — and us.

On Monday, the mood on #BlackTwitter was neither magical nor joyful.

“There goes #BlackTwitter — new owners will call it CRT and ban it.”

“Um… #BlackTwitter we need to schedule a meeting ASAP! Where we meeting up when we leave Twitter?”

“So, where’s the back of Twitter? Asking for #BlackTwitter”

“It was nice getting to know you all. Especially everyone on #BlackTwitter. Now a white South African man owns it. Bye Y’all. #RIPTwitter”

Meredith D. Clark, an associate professor at Northeastern University in Boston who studies race, media and power and is working on a book about #BlackTwitter, wasn’t surprised.

“I think you will definitely see more people move off in larger waves,” she said. “I think there will still be a remnant left, but you know?”

The problems with the Twitter deal are multifold for Black people.

He’s the world’s richest person. Or, as Clark put it: “This is yet another example of how we’re falling prey to oligarchies. Men with billions of dollars who get to decide what our communications look like.”

He’s also a businessman with questionable ethics. Musk’s company Tesla is being sued by the California Department of Fair Employment and Housing. It’s the largest racial discrimination suit ever brought by the state and was filed on behalf of more than 4,000 former and current employees, all of whom are Black.

When you realize everything bad in America over the past decade came from Black Twitter, you realize why Elon Musk buying Twitter is one of the greatest actions by an individual in decades.

After all, Tesla and SpaceX both have virtually zero black employees and are two of the best companies in all of the world.

Elon Musk scares all the right people, especially those who now fear the end of Black Twitter.