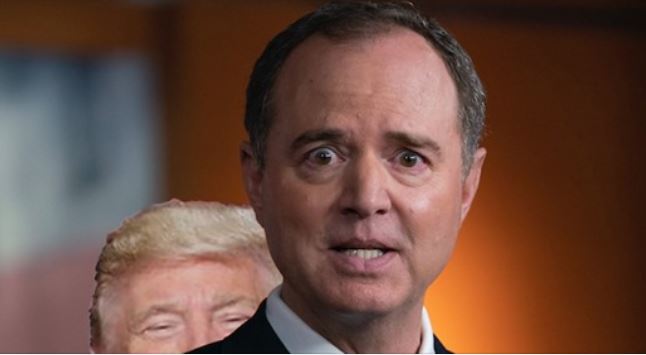 Democrats love to cloak themselves as the defenders of human rights. Despite the cover provided the totalitarian left by the Marxist media, civil libertarians are aware of the threat that they pose.

Democrats and the radical left – at this point there is no discernible difference – don’t flinch when trampling the rights of individuals in their never-ending quest to achieve the “greater good.”

Perhaps with an education system that teaches the relevance of constitutionally-based civics in everyday life, and a mainstream media that wasn’t four-square pushing a Marxist agenda, we would never have arrived at this point. But we have.

Staunch Obama defender and surveillance state proponent Adam Schiff sought and received the private phone records of citizens, journalists, and fellow politicians. This is antithetical to our Fourth Amendment and should not be tolerated by anyone.

As we have come to expect, yesterday Judicial Watch came to the rescue of the Fourth Amendment.

Judicial Watch filed the lawsuit under the public’s common-law right of public access to examine government records after it received no response to a December 6, 2019, records request (Judicial Watch v Adam Schiff and U.S. House Permanent Select Committee on Intelligence (No. 1:19-cv-03790)):

Schiff is a member of the U.S. House of Representatives, currently serving as Chairman of the United States House Permanent Select Committee on Intelligence. Schiff is being sued in his capacity as Chairman of that committee. The new lawsuit states:

The records are of critical public importance as the subpoenas were issued without any lawful basis and violated the rights of numerous private citizens.

Disclosure of the requested records would serve the public interest by providing information about the unlawful issuance of the subpoenas.

The requested records fall within the scope of the public’s right of access to governmental records as a matter of federal common law.

“Adam Schiff abused his power to secretly subpoena and then publish the private phone records, in potential violation of law, of innocent Americans. What else is Mr. Schiff hiding?” asked Judicial Watch President Tom Fitton. “Schiff and his Committee ran roughshod over the rule of law in pursuit of the abusive impeachment of President Trump. This lawsuit serves as a reminder that Congressman Schiff and Congress are not above the law.”

It shouldn’t take a degree in civics to understand the threat Chairman Schiff’s overreach poses to the civil liberties of every American.

Unfortunately, too many Americans have no understanding of the importance that their constitutional protections provide them and their loved ones.

The Ranking Member of the House Intelligence Committee, Devin Nunes, who was one of those targeted by Schiff’s lawless subpoenas, appeared with Tucker Carlson to discuss the problems with allowing this to go unpunished:

Nowhere is authority given to congress to arbitrarily subpoena the private phone records of citizens, journalists, and fellow politicians. N.O.W.H.E.R.E.

Nor, should it be. What chance would any private citizen have to conduct their affairs if a higher power, with the power to craft a narrative disparaging to that citizen, does not fear punishment for doing so.

“No Warrants shall issue but upon probable cause by Oath or affirmation.”