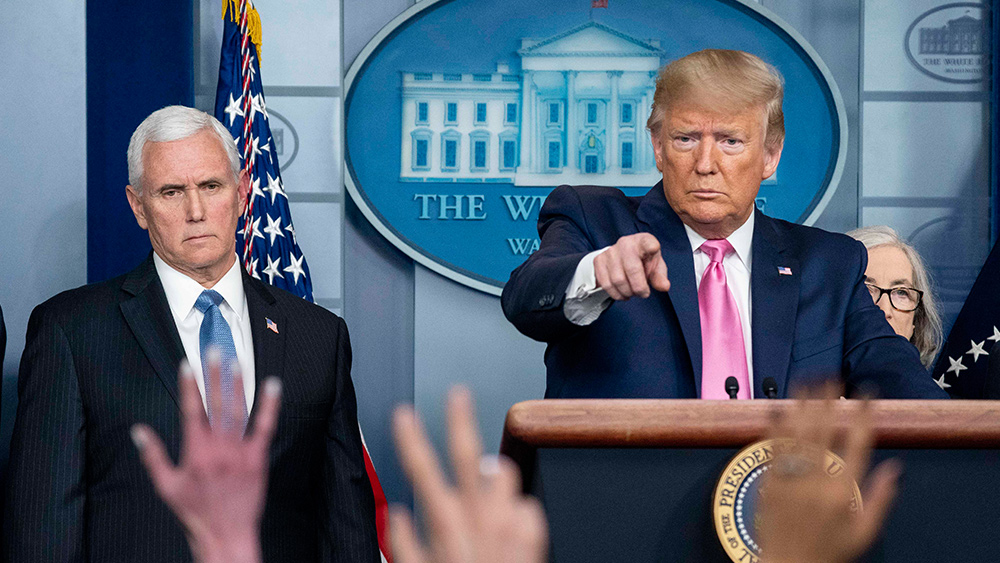 (Natural News) The Russian collusion hoax was the most blatant attempt to remove a duly-elected president from office in the history of our country.

Granted, the criminal investigation into the alleged co-conspirators of that coup attempt is still ongoing, but few Americans really expect anything to come from U.S. Attorney John Durham’s probe anyway except more wrist slaps and a report detailing all of the uncharged criminality that occurred.

Kind of like when then-FBI Director James Comey read through a list of classified info violations Hillary Clinton ‘allegedly’ committed for which she was never charged (because, we would later find out, Comey wanted her to win the 2016 election, not Donald Trump).

Now, a new effort is underfoot to launch a second coup attempt against Trump (because why not, since no one was prosecuted for the first one). A supposed ‘bipartisan’ group called the Transition Integrity Project which claims to be interested in ensuring that the 2020 election is fair and accurate is really just a front for deep state operatives who plan on the opposite. (Related: ABOVE THE LAW: FBI head James Comey declares Hillary Clinton will not be prosecuted.)

The National Pulse laid out the details in an extensive report published earlier this month:

The Transition Integrity Project (TIP) appears to be another establishment-sanctioned offensive to nullify the Trump presidency akin to impeachment and the Russian collusion hoax. Now, however, TIP’s paramount concern is President Trump’s refusal to relinquish the presidency should Democratic candidate Joe Biden win given the potential for a botched election resulting from mail-in ballots and coronavirus.

The breathless media coverage of TIP in the last few days has hailed the group’s “bipartisanship,” but a National Pulse investigation has found that the group is anything but. In reality, it’s another globalist front comprised of Soros staffers, linked to the Bill and Melinda Gates Foundation, and appears to exist for the express purpose of backing Biden’s claims to the White House in an event of a disputed election in November.

There are other indicators that the Democrats and their deep state allies are planning to throw the election results so much in doubt that even if the president comes out on top they will make it appear as though his victory is illegitimate.

The Biden campaign has already hired or retained some 600 lawyers which officials claim are on board to prevent Trump fro stealing the election but who are, in reality, planning on stealing it for Biden.

Also, the Left-wing Marxist media is playing its role, too. Outlets like The Washington Post are running stories saying the same thing — that Biden is so far out in front right now there is no way he can lose, but for Trump stealing the election results.

In a garbage propaganda piece under the headline, “What if Trump loses but insists he won?” The Washington Post published what was clearly a piece written by a deep state psyops expert:

On his present trajectory, President Trump is heading for a whopping defeat in November. The Economist says there’s nearly a 99 percent chance that Joe Biden will win more popular votes and around a 90 percent chance that he will win more electoral college votes. But what if Trump won’t concede defeat? That is a nightmare scenario for our democracy that could make the 2000 showdown over Florida’s hanging chads seem like a grade-school dispute by comparison.

In reality, the Trump campaign’s internal polling — as well as a super-accurate prediction model — point to the president winning a big electoral majority. The Post has it exactly backwards: Stony Brook professor Helmut Norpoth’s model predicts a 91 percent chance that Trump wins, not Biden.

What is happening is insidious as well as unprecedented. The Marxists who have taken over the Democrat Party will literally stop at nothing to steal power and then wield it with an iron fist, exacting their ‘revenge’ on Trump and any American who voted for or supports him.