Another news story that never saw the light of day in the sharia-compliant media. Close to 1,000 people marched for the girl, but Western media couldn’t be bothered with the brutal murder of the young woman until the Mayor claimed that he had been threatened (presumably by those who oppose murderous migrants):

The case of Syndia stabbed to death by her boyfriend stirs the town of Worms. Hundreds took part in a funeral march. There was an incident before the subsequent divine service, broadcaster SWR reports.The march was organized by relatives and friends. From the parking lot of a supermarket in Worms’s Nordend, the mourners moved together to the home of Syndia’s parents. The police accompanied the march.After the rally an ecumenical service took place in the Church of Our Lady. Shortly before the service began, an incident occurred. Witnesses reported that a man with arms spread out stood in the sanctuary and called “allahu akbar”.Numerous visitors to the church, who had already taken their seats before the service began, left the church in a hurry and alerted the police. Officials were able to arrest the disturber.

There is now a long list of German girls who have been slaughtered or assaulted by so-called refugees or migrants. The Merkel regime so far has sided with the criminals and warned the public to shut up. Hate speech laws against the Germans were put in place. For each dead German girl there are an additional hundred Germans persecuted for hate speech.

Police and prosecutors are reluctant to engage with criminal migrants out of fear of being labelled right-wing extremist xenophobes and racists. But the mayor of Worms of course gets all the protection he needs against the evil Nazis.

But the New York Times and the Washington Post pricked up their ears when the Mayor  claimed he was threatened:

Look at me, I received a death threat, cried the town mayor of the western German city of Worms.

Tragedy had befallen his town when a criminal Tunisian man (22) stabbed a German girl (21) to death in her parents’ house.

But fear not, the regime made sure that every marching protester was called a Nazi.

Last, the mayor’s fear of death by evil Nazis was publicized MORE than the actual girl’s murder.

He was even featured in the New York Times and the Washington Post of the American far Left media.

The man should receive Merkel’s medal of honor for his impeccable vanity.

Let’s face it, Michael Kissel’s (SPD) fear of being labelled a Nazi himself quickly made him pose as the real victim above and beyond the murder case.

And because of the way it was publicized, we can be absolutely sure it was the German Intelligence Service BND to distract from the poor German girl. Sure of it 99.9%. Red herring. 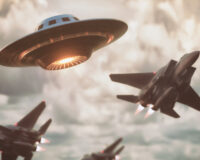