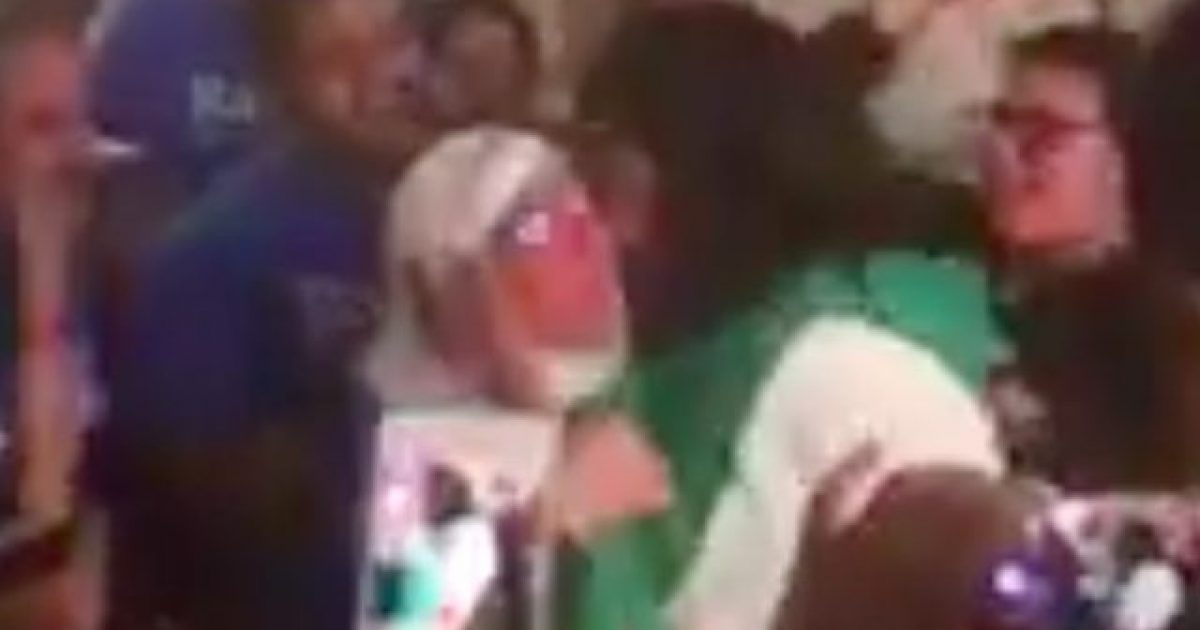 The election did one thing that is a serious foreboding of the future. Americans elected openly anti-Semitic candidates that hate Israel.

She danced with the Palestinian flag wrapped around her on Tuesday night.

Tlaib is aligned with “democratic socialist” Alexandria Ocasio-Cortez and received the endorsement of the Democratic Socialists of America. She is also supported by Linda Sarsour, the anti-Israel “Women’s March” organizer who recently called for “jihad” against the Trump administration.

She has come under criticism for her previous anti-Israel statements. She criticized Sen. Kamala Harris (D-CA), for example, for meeting with Israeli Prime Minister Benjamin Netanyahu, whom Tlaib accused of “racism.” And, according to the Algemeiner, she supported Palestinian terrorist Rasmea Odeh in her bid to fight deportation for lying to U.S. immigration officials about her past.

She ran unopposed. She is the first female Muslim in Congress as of January. She supports the destruction of the Jewish state.

Keith Ellison was the first Muslim elected to Congress. He was co-chair of the Democrat National Committee. On Tuesday he won the Attorney General race in Minnesota.

He was also accused of beating his girlfriend and dragging her out of bed. He not only railed against Israel on a regular basis, but had his photo taken with Louis Farrakhan, the notorious anti-Semitic Nation of Islam leader. When he pretended to disavow him for political reasons, he was seen carrying Farrakhan’s magazine around. Even Democrat donors admitted he was anti-Semitic.

One other Palestinian-American was on the ballot, this time in California: Ammar Campa-Najjar is the grandson of a Palestinian terrorist who was Yasser Arafat’s deputy and was involved in the murder of 11 Israeli athletes at the 1972 Olympics in Munich, Germany. Fortunately he lost to Duncan Hunter on Tuesday.

Just a few short weeks after an anti-Semitic maniac shot to death 11 people at a Pittsburgh Synagogue, we have America electing decidedly anti-Semitic members of our Congress and State governments. You can talk about “inclusion” and “diversity” but when the bottom line of these people is the destruction of the Jewish nation and destruction of Capitalism and the Constitution, there is a serious problem.