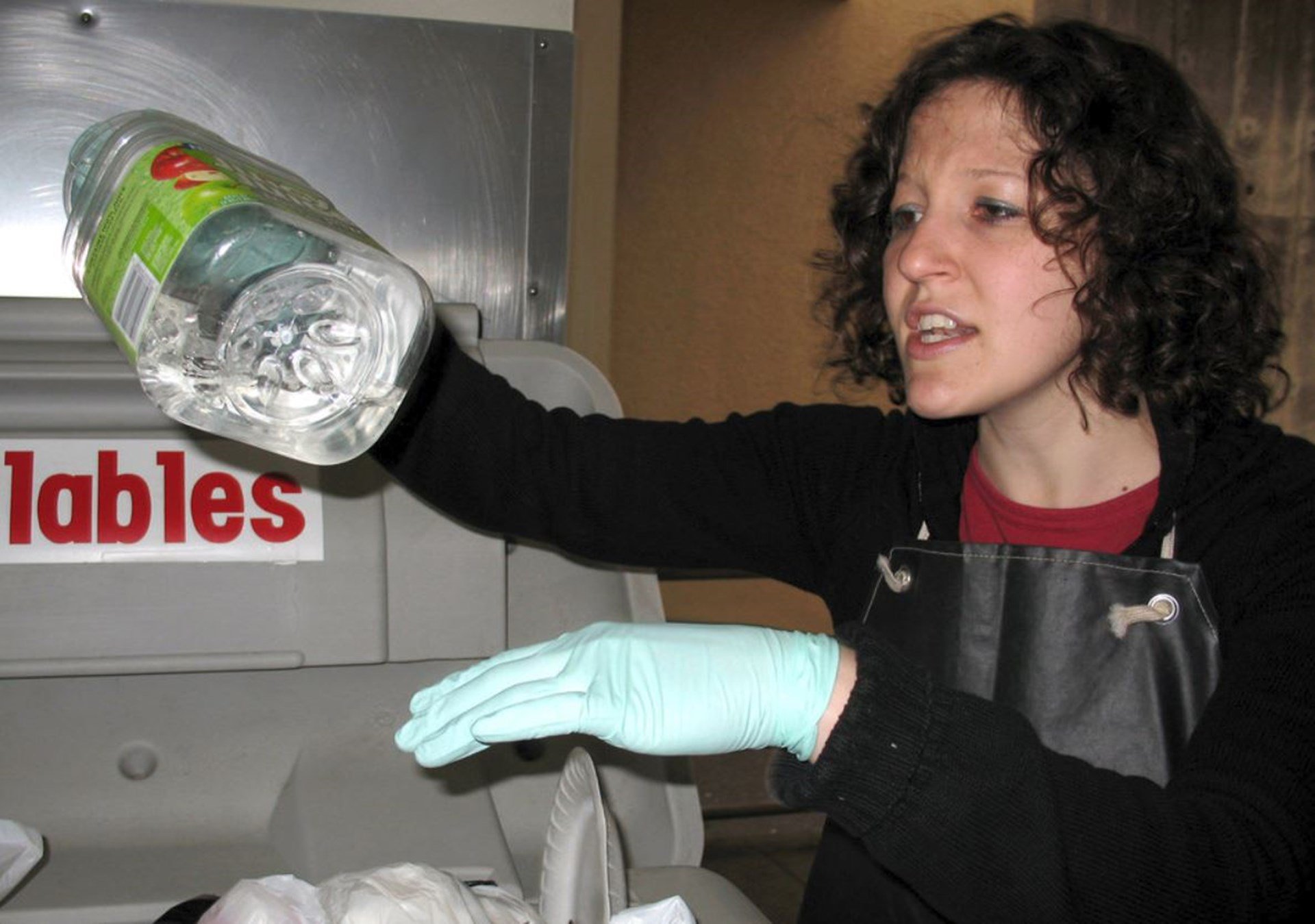 A couple of years ago, after sending my five-year-old daughter off to school, she came home reciting the same cheerful environmental mantra I was taught in elementary school.

“Reduce, reuse, recycle,” she beamed, proud to show off a bit of rote learning.

The moral virtue of recycling is rarely questioned in the United States. It has been ingrained into the American psyche over several decades. On a recent trip to the Caribbean, my friend’s wife exhibited nervous guilt while collecting empty soda, water, and beer bottles destined for the trash since our resort offered no recycling bins.

“I feel terrible throwing these into garbage,” she said, wearing a pained look on her face.

I didn’t have the heart to tell her that there was a good chance the bottles she was recycling back in the States were ending up just like the ones on the Caribbean island we were visiting.

As Discover magazine pointed out a decade ago, recycling is tricky business. A 2010 Columbia University study found that just 16.5 percent of the plastic collected by the New York Department of Sanitation was “recyclable.”

“This results in nearly half of the plastics collected being landfilled,” researchers concluded.

Since that time, things have only gotten worse. Over the weekend, The New York Times ran a story detailing how hundreds of cities across the country are abandoning recycling efforts.

Philadelphia is now burning about half of its 1.5 million residents’ recycling material in an incinerator that converts waste to energy. In Memphis, the international airport still has recycling bins around the terminals, but every collected can, bottle and newspaper is sent to a landfill. And last month, officials in the central Florida city of Deltona faced the reality that, despite their best efforts to recycle, their curbside program was not working and suspended it. Those are just three of the hundreds of towns and cities across the country that have canceled recycling programs, limited the types of material they accepted or agreed to huge price increases.

One reason for this is that China, perhaps the largest buyer of US recyclables, stopped accepting them in 2018. Other countries, such as Thailand and India, have increased imports, but not in sufficient tonnage to alleviate the mounting costs cities are facing.

“We are in a crisis moment in the recycling movement right now,” Fiona Ma, the treasurer of California, told the Times.

Cost is the key word. Like any activity or service, recycling is an economic activity. The dirty little secret is that the benefits of recycling have been dubious for some time.

“Recycling has been dysfunctional for a long time,” Mitch Hedlund, executive director of Recycle Across America, told The Times.

Has Recycling Always Been An Illusion?

How long? Perhaps from the very beginning. Nearly a quarter century ago, Lawrence Reed wrote about the growing fad of recycling, which state and local governments were pursuing—mostly through mandates, naturally—with a religious-like fervor. There were numerous problems with the approach, he observed.

The fact is that sometimes recycling makes sense and sometimes it doesn’t. In the legislative rush to pass recycling mandates, state and local governments should pause to consider the science and the economics of every proposition. Often, bad ideas are worse than none at all and can produce lasting damage if they are enshrined in law. Simply demanding that something be recycled can be disruptive of markets and it does not guarantee that recycling that makes either economic or environmental sense will even occur.

If only lawmakers had heeded Mr. Reed’s advice, or that of John Tierney, who offered similar guidance in The Times the following year.

Believing that there was no more room in landfills, Americans concluded that recycling was their only option. Their intentions were good and their conclusions seemed plausible. Recycling does sometimes make sense–for some materials in some places at some times. But the simplest and cheapest option is usually to bury garbage in an environmentally safe landfill. And since there’s no shortage of landfill space (the crisis of 1987 was a false alarm), there’s no reason to make recycling a legal or moral imperative.

That’s economics, you say. What about the environment? Well, the environmental benefits of recycling are far from clear. For starters, as Popular Mechanics noted a few years ago, the idea that we don’t have sufficient space to safely store trash is untrue.

According to one calculation, all the garbage produced in the U.S. for the next 1000 years could fit into a landfill 100 yards deep and 35 miles across on each side–not that big (unless you happen to live in the neighborhood). Or put another way, it would take another 20 years to run through the landfills that the U.S. has already built. So the notion that we’re running out of landfill space–the original impetus for the recycling boom–turns out to have been a red herring.

And then there are the energy and resources that go into recycling. How much water do Americans spend annually rinsing items that end up in a landfill? How much fuel is spent deploying fleets of barges and trucks across highways and oceans, carrying tons of garbage to be processed at facilities that belch their own emissions?

The data on this front is thin, and results on the environmental effectiveness of recycling vary based on the material being recycled. Yet all of this presumes the recyclables are not being cleaned and shipped only to be buried in a landfill, like so much of it is today. This, Mises would say, is planned chaos, the inevitable result of central planners making decisions instead of consumers through free markets.

Most market economists, Reed points out, “by nature, philosophy, and experience” a bunch skeptical of centrally planned schemes that supplant choice, were wise to the dynamics of recycling from the beginning.

As engineer and author Richard Fulmer wrote in 2016,

Recycling resources costs resources. For instance, old newsprint must be collected, transported, and processed. This requires trucks, which must be manufactured and fueled, and recycling plants, which must be constructed and powered.

Again, economics is the key.

It’s time to admit the recycling mania is a giant placebo. It makes people feel good, but the idea that it improves the condition of humans or the planet is highly dubious.

It’s taken three decades, but the actions of hundreds of US cities suggest Americans are finally willing to entertain the idea that recycling is not a moral or legal imperative.