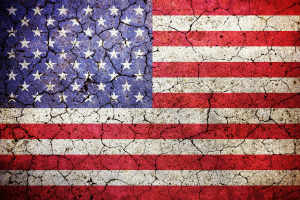 (Natural News) Thanks to the Biden regime’s destructive economic policies that have resulted in record inflation, the Isabella County Sheriff’s Department in Michigan has announced that it no longer has the resources available to respond to 911 calls because of fuel costs.

The current gas price average in America is hovering around $5 and rising, and is slightly higher on average in Michigan. Because of this, the Isabella County Sheriff’s Department has already “blown through [their] fuel budget” and will have to respond to some 911 calls over the phone rather than show up in person.

In a few months when a new fuel budget is passed, perhaps Isabella County will receive the resources it needs to deal with emergencies in a proper manner. But until then, area residents will have to fend for themselves – or perhaps wake up and demand that the occupying regime stop destroying the country.

The below video explains more about the current situation in Michigan and the impact it is having on local residents:

America is fast becoming the land of rampant lawlessness

This is only just the start of what the Biden regime has in store for this country, by the way. It starts with one county, followed by another county until eventually, the entire country is no longer functional.

When the situation becomes untenable, then and only then will the tyrants that caused it all in the first place suddenly intervene as the saviors with their planned solution to the problem: a new world order.

Some third world countries such as Sri Lanka are already seeing hell unfold due to the current economic crisis. Eventually, the United States is going to catch up with them.

We are already seeing a taste of this in Michigan, and things are not even that bad. Just wait until the average American can no longer afford to drive, or the delivery trucks stop arriving at grocery stores because they cannot afford to fill up with diesel.

To solely blame Biden and his regime would be a mistake, though, as the country’s entire economic system was corrupted long ago, allowing it to blow up like a balloon. This is where the term the “everything bubble” came from, as it describes inflationary economic policies that at some point have to burst.

Right now, the U.S. is entering what appears to be the hyperinflationary stage, which will be followed by a collapse of the fiat currency system and the disintegration of the economy as we currently know it.

“What a great time to be a criminal in America,” wrote someone at The Gateway Pundit about how lawlessness is taking over the country at breakneck speed.

“Police in Seattle don’t investigate sexual assaults, this county in the story may not respond to your 911 call, San Francisco (and most other large cities) are a good source of goods you can get for free and sell on eBay. No wonder no one is working … you don’t have to clock in and out for those smash and grabs … you can do them on your own schedule.”

Another wrote that in Washington, it is now illegal for police officers to pursue anyone whom they believe to be a criminal unless they have probable cause to believe that a crime was committed.

“This standard is much more stringent than the reasonable suspicion standard and pretty much means that if a cop doesn’t actually witness a crime, he can’t pursue a suspect,” this person added.

As the Biden regime continues to destroy America from the inside out, you can keep up with the latest at Collapse.news.