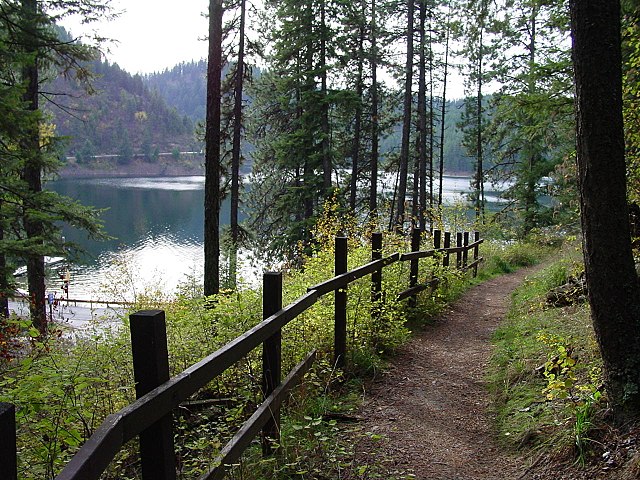 The hottest real estate market in the country is Coeur d’Alene, Idaho which the media has historically dubbed “Whitopia.”

That Coeur d'Alene, Idaho is America's hottest housing market as nothing, NOTHING to do with the media declaring the Racial Reckoning. That the Smart Money is inundating the place long known as a Whitopia immensely distant from the Racial Reckoning is just a coincidence. https://t.co/2rIyNuYVqZ

Buyers from other Western states are moving to northern Idaho in droves, seeking a more rural and less expensive place to live, said Kristen Johnson, a real-estate agent at Century 21 Beutler & Associates in Coeur d’Alene. Workers able to work remotely are also choosing to relocate, she said.

“Even though it’s a city, it’s definitely got those small town values,” said Erin Evans, who moved in December to Coeur d’Alene from Forest Grove, Ore., after her husband Will got a job at a nearby hospital. “People are friendly. Right now, I’m looking out my window and I see my neighbor’s kids playing outside. You feel that it’s a little more safe.”

[…] The median sales price in the Coeur d’Alene region rose in March to $476,900, up 47% from a year earlier, according to the Coeur d’Alene Association of Realtors. Finding a home to buy in the metro area of about 166,000 is getting tougher: Inventory of homes for sale shrank by 71% to just 337 homes. That amounts to less than a month’s supply.

Bloomberg has mapped out where people are moving throughout the entire country.

In short, people are fleeing the cities and “urban” areas where crime is exploding and moving mostly to nearby suburbs (you can mouse over your area on their website): “Dense core counties of major U.S. metro areas saw a net decrease in flow into the city, while other suburbs and some smaller cities saw net gains,” Bloomberg reported. “In other words, people moved outward. Outward to the suburbs of their own core metro area, but also farther out, to satellite cities or even other major urban centers that might still give people proximity to their region.”

Biden’s handlers have already responded with new plans to destroy the suburbs in the name of advancing “diversity.”

As Biden last week caved to regressives and threw open the door to tens of thousands of new so-called “refugees,” federal refugee resettlement contractors are now actively scouring the country for new target towns for resettlement such as Winchester, Virginia.