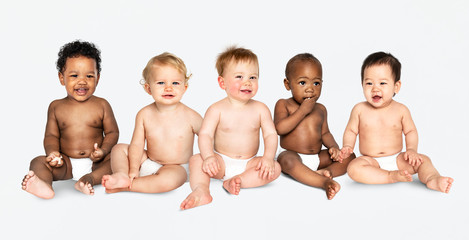 Ponzi schemes like social security will be even less solvent than ever should the birth rate in the United States continue to decline at such a rapid rate. As the population ages, there won’t be enough workers to pay for the aging population, and the Ponzi scheme will finally be exposed.

There were more than 3.7 million estimated births in 2018, down 2% on the year before, the Centers for Disease Control and Prevention’s National Center for Health Statistics said Wednesday. That’s the lowest level since the 1980s, despite the insistence that we are in an improving and robust economy.

A rising birthrate is normally indicative of an expanding economy, so we are either being lied to about how great the economy is, or those who are at childbearing age are not doing as well as the mainstream media claims. Couples may be finding it more difficult to pay their bills, so they’re holding off on having more children until their financial situation improves. Childcare expenses could also be playing a role, making it difficult for parents to balance children and work. According to Market Watch, younger and unmarried women are having fewer babies, more women are delaying marriage as they start their careers after college, and dual-income families find it increasingly expensive to have children, especially with the rising cost of childcare.

The drop in birthrates usually also foreshadows a recession according to research. University of Notre Dame researchers said conceptions dropped ahead of the last three recessions, starting with the recessions of the early 1990s, the early 2000s and the Great Recession from 2008 to 2009.

Not only does a falling birthrate likely foreshadow a recession, but it also means social security’s Ponzi scheme will be exposed sooner rather than later. Anqi Chen, assistant director of savings research at Boston College’s Center for Retirement Research, said robust birth rates were important for the future health of Social Security funds. “If you think of Social Security as a pay-as-you-go system, paying current and future promised benefits depends on future labor force and future workers,” she said. And those numbers, she added, were pegged to factors like birth rates and immigration.

Last month’s trustees’ report acknowledges that the future of the trust funds depend on many things, like the size of the workforce, the number of recipients and how much they are getting. The 2019 Social Security Trustees Report, released last month, said 80% of scheduled benefits will be payable by 2035. At the end of last year, almost 63 million people received about $994 billion in Social Security. The year earlier, almost 62 million people received a total of $946 billion in benefits.

The important lesson here is to put your retirement and financial health into your own hands. Prepare yourself, and don’t trust that the government’s schemes will work out for you.