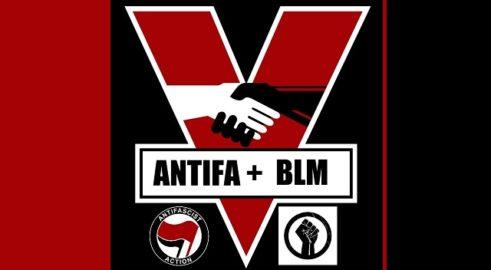 Massive rioting has been going on across the US for months, now all compliments of the Socialist Left’s army, ANTIFA and BLM. The objective of the riots has nothing to do with racial injustice and everything to do with the Left’s desire to destroy the USA as a sovereign constitutional nation and implement a Socialist Dictatorship.

What many do not realize is, we have yet to experience the full extent of violence as a nation, that will begin at the ballot box at local polling stations on and a day or two before the general election on November 3rd, nationwide. What we can expect is massive intimidation of voters as they arrive at the polls, violence against them for supporting Donald Trump, and full-scale rioting at hundreds of polling locations across the country. Their objective will be to keep as many people as possible from voting against Democrats and to disrupt voting altogether, to drastically cut into the number of votes for President Trump and Republicans.

Many polling places can expect to be destroyed in this violence with the destruction of paper ballots, electronic ballots, and any records of votes cast at all. This violence on Election Day is as sure to happen as the sun rising tomorrow morning.

The Left has tried everything it can to make sure they win this upcoming election from their attempt to get the president out of office via impeachment, massive intimidation of people through rioting, to their latest tactic of wanting blanket mail-in voting using the COVID-19 pandemic as the excuse.

The first thing we must do to prevent this from happening is to realize it surely is going to materialize. With such a weak presidential ticket as Biden and Harris, the Socialist Left will stop at nothing to make sure they win.

The only way to assure every voter gets to cast their ballots safely and make sure their votes are counted is for a large-scale deployment of Federal troops to be sent to critical polling places across the country.

Make no mistake about it, we are in a Civil War against Socialist factions who want to destroy the USA as we know it and whether or not local, State and Federal governments deploy law enforcement on a grand scale to assure a fair election and the safety of voters, we can look forward to one of the bloodiest and violent general presidential elections in American history.

Tony is an established writer with articles in over 20 publications of differing topics Political Commentary Columnist for the Cimarron News Press in Cimarron, New Mexico from 2001 to 2003 generating the controversy I was hired for. I also was a regular writer for several small coastal newspapers in Southern Oregon during the early 1990’s. BOOKS: Aura Visions: The Origin Prophecy, Enviroclowns: The Climate Change Circus, Strange Sounds: A Research Report
(Visited 8 times, 1 visits today)
Share
Tweet
Share
Pin