The media’s coverage of the Rittenhouse trial is downright comical.

“A protester and volunteer medic wounded on the streets of Kenosha by Kyle Rittenhouse testified Monday that he was pointing his own gun toward the rifle-toting Rittenhouse — unintentionally, he said — when the young man shot him,” the AP wrote.

“Gaige Grosskreutz, the third and final man gunned down by Rittenhouse during a night of turbulent racial justice protests in summer 2020, took the stand at Rittenhouse’s murder trial and recounted how he drew his pistol after the bloodshed started.”

Meanwhile, CNBC is referring to Grosskreutz as a “Rittenhouse survivor.” 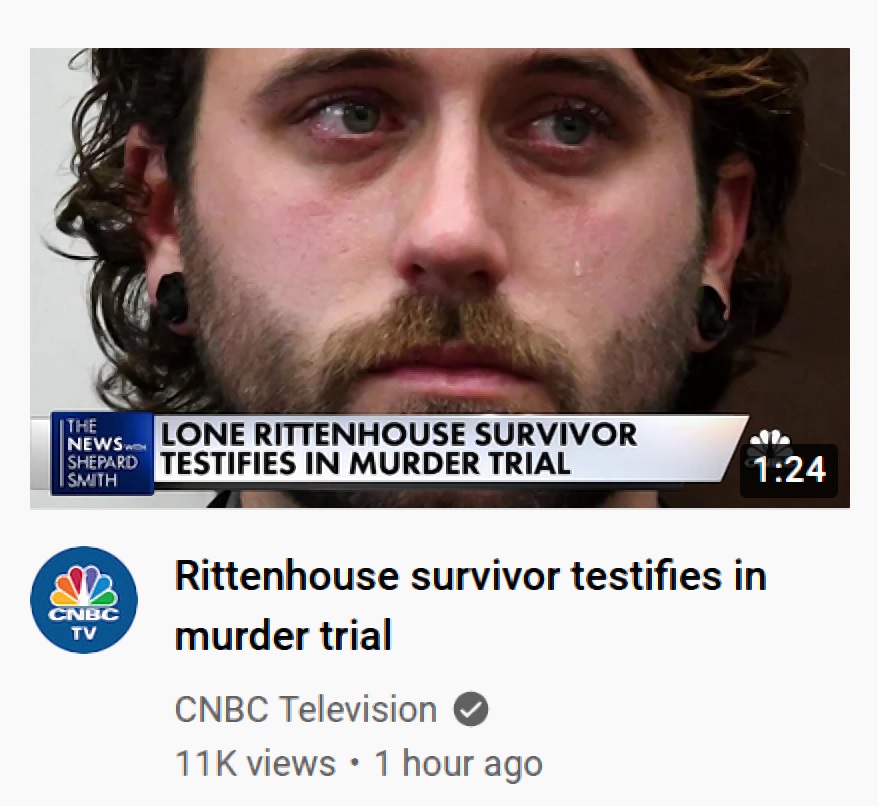 Any and all pretense of objectivity has been thrown out the window.

Grosskreutz literally changed his story under oath and went from denying he was pointing his gun directly at Rittenhouse before getting shot to admitting it.

Grosskreutz is a hardcore leftist with a criminal history.

He also admitted under oath that Rittenhouse was in “physical danger” after was attacked by Anthony Huber (who also had a long criminal history), which took place just seconds before Grosskreutz aimed his gun at Rittenhouse and got shot.

He’s literally trying to become a multi-millionaire off this incident:

Nonetheless, according to the media he’s a “victim,” a “volunteer medic” and a “Rittenhouse survivor!”

You know who else was a “Rittenhouse survivor”?

Everyone that night who didn’t attack him and try to kill him! Rittenhouse showed tremendous trigger discipline and only shot three who were directly threatening his life!