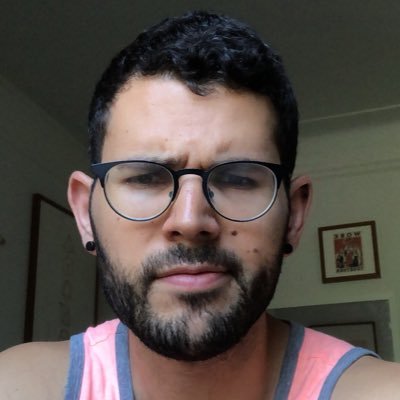 Carlos Maza, the VERY vocal host of the show “Strikethrough” on Vox, was the catalyst for the most recent YouTube “adpocalypse”. It is now being reported Maza is currently negotiating a severance package with Vox Media.

It is not known if he was fired or quit. However, people usually do not get severance packages when they quit a job. The definition of a severance package is: ‘Pay and benefits employees receive when they leave employment at a company unwillfully.’ The word unwillfully implies a parting of ways, NOT initiated by Carlos Maza.

The obviously gay Latino host, that refers to himself as “Gay Wonk”, took umbrage with conservative host, Steven Crowder referring to him as a Gay Latino.

“Since I started working at Vox, Steven Crowder has been making video after video “debunking” Strikethrough. Every single video has included repeated, overt attacks on my sexual orientation and ethnicity. “

This all came to a head on June 4th, with YouTube weighing in on the fight, with a multi-part tweeted statement in reply to Maza’s incessant whinging:

“Our teams spent the last few days conducting an in-depth review of the videos flagged to us, and while we found language that was clearly hurtful, the videos as posted don’t violate our policies,”
“As an open platform, it’s crucial for us to allow everyone–from creators to journalists to late-night TV hosts–to express their opinions w/in the scope of our policies,”
“Opinions can be deeply offensive, but if they don’t violate our policies, they’ll remain on our site.” — TeamYouTube (@TeamYouTube) June 4, 2019

“even if a video remains on our site, it doesn’t mean we endorse/support that viewpoint.”

@GayWonk of course took offense to YouTube stating their neutral stance and expressed his inability to articulate, with this tweet:

He goes on to say,

“To be crystal clear: @YouTube has decided that targeted racist and homophobic harassment does not violate its policies against hate speech or harassment. That’s an absolutely batshit policy that gives bigots free license.”

Not ending there, Maza had more intellectual commentary to offer on Twitter:

“The important thing is this: @YouTube isn’t going to listen to cries for help.
They don’t give a shit about the the harm they’re doing to queer and marginalized people.
You have to raise hell. Use their platform against them. Hold them accountable for their neglect.”

“Replying to @TeamYouTube and @gaywonk
Update on our continued review–we have suspended this channel’s monetization. We came to this decision because a pattern of egregious actions has harmed the broader community and is against our YouTube Partner Program policies.“

Which was not enough for the Gay Latino Host who tweeted back:

“So the fuck what. Basically all political content gets “demonetized.”
Crowder’s revenue stream isn’t from YouTube ads. It’s from selling merch and “Socialism Is For Fags” shirts to millions of loyal customers, that @YouTube continues to drive to his channel. For free.”

“Replying to @gaywonk and @YouTube
To clarify, in order to reinstate monetization on this channel, he will need to remove the link to his T-shirts.”

These actions were felt immediately across YouTube, and thus the #VoxAdpocalypse hashtag was born:

“It looks like every channel that does not side with far left politics is getting their monetisation taken away.
Carlos Maza just fucked over an entire genre of YouTube, because one man said something mean to him.
This will not go well.” — Count Dankula (@CountDankulaTV) June 5, 2019

Even with this win, Maza was STILL actively complaining about Crowder as recently as Aug. 9th:

One wonders if losing a cushy job at Vox was worth the outrage machine that Maza built. His ability to be employed at a normal job in the near future is unlikely. Any sane employer would never hire Maza for a position at their company, knowing he is likely to cause problems, and is more toxic and radioactive than Russia’s most recent nuclear accident.

Maza’s fate will not be known for a while, but we will be sure to update you on the ‘virtual street corner’ he will be begging from soon.