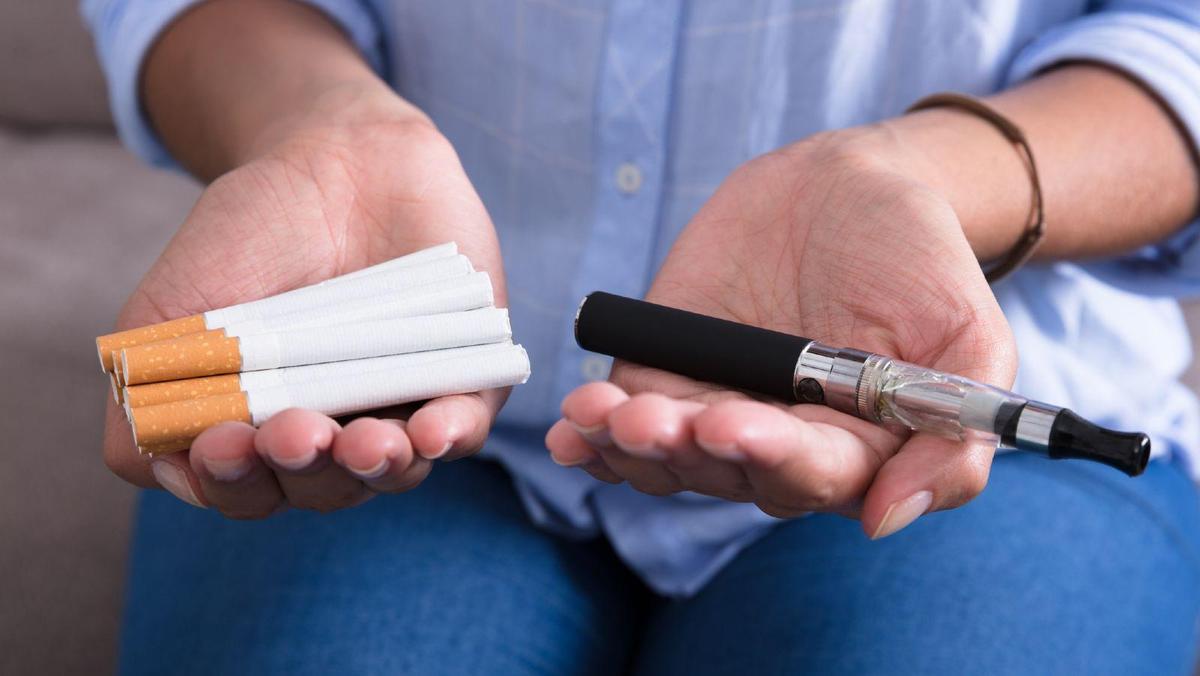 Why in the world would anyone want to ban vaping products when real tobacco products kill millions of Americans?

The Trump Administration contends that vaping is dangerous and is promising a partial ban on vaping products.

The Trump administration is finalizing a ban on flavored e-cigarettes after the outbreak of a vaping-related illness that’s sickened 450 people and resulted in at least six deaths.

“We can’t allow people to get sick and we can’t have our youth be so affected,” President Donald Trump said during an Oval Office meeting with Health and Human Services Secretary Alex Azar and acting FDA Commissioner Ned Sharpless. “People are dying from vaping, so we’re looking at it very closely.”

Democrats and increasing numbers of Republicans in Congress have pressed for flavor bans, age restrictions and other curbs on the sale of vaping products. They’ve urged the FDA to move faster to investigate and regulate e-cigarettes, which have been touted by manufacturers as a way to wean people from traditional cigarettes but have also led to what the FDA calls an “epidemic” of youth vaping of nicotine.

Public health officials haven’t established a firm cause for the vaping-related respiratory illnesses. Counterfeit or black-market vapes may be playing a role, but legal vapes haven’t been ruled out. Many of the cases have been linked to vaped forms of marijuana and its component, CBD.

Siding with the Democrats President Trump?

We have to remember that tobacco producing states are red states.

Earlier this year tobacco sales and stocks moved into an accelerated decline.

In fact, Big Tobacco is in such a decline that Phillip Morris stated back in mid July that it is considering no longer selling cigarettes.

Phillip Morris International has taken a cannibalistic approach to disruption. The world’s largest publicly tobacco companysays that it wants to stop selling cigarettes.

Declining cigarette sales, smoking bans, a vaping boom and irrefutable evidence of health risks have led tobacco giants to shift their business models towards “reduced-risk products” (RRPs) that could provide a safer alternative to smoking.

PMI hopes its high-tech nicotine-delivery devices will give it an edge over its competitors.

The Marlboro maker has ploughed billions of dollars into developing these products, launched an advertising campaign urging smokers to quit and founded a life insurance company that offers customers who kick the habit discounts on their premiums of up to 50 percent.

It also offers a discounts of up to 25 percent to customers who switch from smoking to PMI’s flagship RRP: the IQOS (I Quit Ordinary Smoking) heated tobacco product. Unlike e-cigarettes, which convert a nicotine-laced liquid into an inhalable vapour, the core substance in heated tobacco products (HTPs) is real tobacco.

Phillip Morris is one of the largest players in the American tobacco industry.

Their decision to move away from tobacco might be a smart business move for them, but where does it leave the tobacco farmers in the American South?

Tobacco states are crucial to Republicans, though Trump did lose Virginia in 2016.

So again, is this really about e-cigarettes being unhealthy?

Or is this move more about protecting tobacco farmers?

It might just be a little bit of both.

A cynic might say that protecting tobacco farmers also protects the economy and Republican votes.

So why attack a safer alternative that might not be healthy, but is likely healthier than cracking open your next pack of Marlboro Reds?

We live in a country where ALMOST ALL policy decisions are political and as a Trump voter I realize that he sometimes makes decisions that I will not agree with.

Still, we have to remember, the alternative was Hillary so even when I disagree I can still feel good about keeping Satan’s Spawn out of The White House.