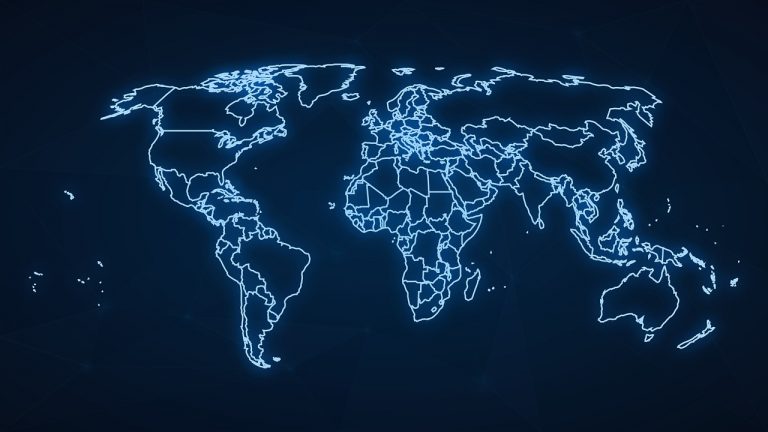 How much are you willing to sacrifice for “the future of the liberal world order”? As you will see below, the Biden administration is trying to convince us that supporting the “liberal world order” is far more important than any short-term economic pain that we are experiencing right now. So are you willing to pay ridiculously high gas prices for the foreseeable future and suffer through a very serious economic downturn in order to put pressure on Vladimir Putin and Russia? Some Americans would be willing to do that, but most would not.

On Friday, we learned that the U.S. economy is heading in the wrong direction a lot quicker than most of the “experts” had anticipated. The Atlanta Fed’s GDPNow model is currently projecting that economic growth for the second quarter of 2022 will be negative 2.1 percent…

The GDPNow model estimate for real GDP growth (seasonally adjusted annual rate) in the second quarter of 2022 is -2.1 percent on July 1, down from -1.0 percent on June 30. After this morning’s Manufacturing ISM Report On Business from the Institute for Supply Management and the construction report from the US Census Bureau, the nowcasts of second-quarter real personal consumption expenditures growth and real gross private domestic investment growth decreased from 1.7 percent and -13.2 percent, respectively, to 0.8 percent and -15.2 percent, respectively.

The Atlanta Fed’s GDPNow model should be taken very seriously, because it has a very strong track record of accuracy…

“GDPNow has a strong track record, and the closer we get to July 28th’s release [of the initial Q2 GDP estimate] the more accurate it becomes,” wrote Nicholas Colas, co-founder of DataTrek Research.

If it is confirmed later this month that we are already in a recession, it won’t exactly be a surprise, but the good news is that so far this new economic downturn is not that severe.

Unfortunately, we continue to see more signs that things will soon get much worse.

The pace of layoffs is really starting to accelerate and this is especially true in the tech industry.

At this point, even Facebook is looking to thin the ranks…

In addition to the hiring freeze, Zuckerberg also noted the company was leaving some vacant positions at the company unfilled and “turning up the heat” on performance management to weed out staffers who are unable to meet certain KPIs.

“Realistically, there are probably a bunch of people at the company who shouldn’t be here,” Zuckerberg said, adding, “Part of my hope by raising expectations and having more aggressive goals, and just kind of turning up the heat a little bit, is that I think some of you might decide that this place isn’t for you, and that self-selection is OK with me.”

Meanwhile, we are seeing Americans cut back on their spending at a frightening pace.

In fact, one recent survey discovered that a whopping 83 percent of all Americans have “slashed personal spending due to soaring prices”…

Provident Bank, based in New Jersey, found that 83% of respondents slashed personal spending due to soaring prices of food and gasoline, with 23% indicating they had to make “drastic changes” to their spending for financial survival.

According to the survey results of 600 adults, 10.5% of respondents eliminated all non-essential purchases, and nearly 72% said they made at least some changes to personal travel habits.

And Wall Street seems to have finally gotten the message that very hard times are ahead.

The first half of 2022 was the worst first half of a year for the S&P 500 since 1970, and the index has now plunged into bear market territory…

This all came a day after the S&P 500 posted a more than 16% quarterly loss – its biggest one-quarter fall since March 2020. For the first half, the broader market index dropped 20.6% for its largest first-half decline since 1970. It also tumbled into bear market territory, down more than 21% from a record high set early January.

The Biden administration is openly admitting that more economic suffering is on the way, but we are being told that it is necessary.

On Wednesday, CNN interviewed a key economic adviser to Joe Biden named Brian Deese, and what Deese said during that interview is making headlines all over the globe…

CNN anchor Victor Blackwell interviewed Deese on Thursday and cited that Director of National Intelligence Avril Haines said on Wednesday the war between Russia and Ukraine could be a “grinding struggle” for years.

Blackwell said, “I think everybody understands why this is happening, but is it sustainable? What do you say to those families who say, listen, we can’t afford to pay $4.85 a gallon for months, if not years? This is not sustainable.”

Deese – who was formerly the global head of sustainable investing at BlackRock – replied, “What we heard from the president today was about the stakes. This is about the future of the liberal world order, and we have to stand firm.”

I don’t want anything to do with a “liberal world order”, and I am sure that most of you don’t either.

In the old days they called it a “new world order”, but that phrase now has so many negative connotations to it that they decided to come up with something new.

Will someone please tell them that “liberal world order” is even worse?

These guys really stink at branding.

Why do we even need to have a “world order” in the first place?

Why can’t we just try to get along with everyone instead of trying to force our twisted values on the entire planet?

I really wish that the U.S. and Russia would have just left Ukraine alone and would have allowed them to determine their own fate.

Needless to say, that was never going to happen, and now the U.S. and Russia are engaged in a horrifying proxy war and countless Ukrainians are being sacrificed like pawns on a chessboard.

If both sides continue to escalate this conflict, it could ultimately bring us to the brink of nuclear war.

But at least we will be supporting “the future of the liberal world order”, and isn’t that what is really important?

Many of us have been relentlessly warning about where all of this foolishness will eventually lead us, but most of the population doesn’t want to listen.

Sadly, many will just continue to support “the current thing” no matter what the consequences are.

The first half of 2022 has been full of surprises, but I am expecting global events to accelerate even more during the second half of this year.

So hold on to your hats, because I believe that things are about to start getting really, really crazy out there.