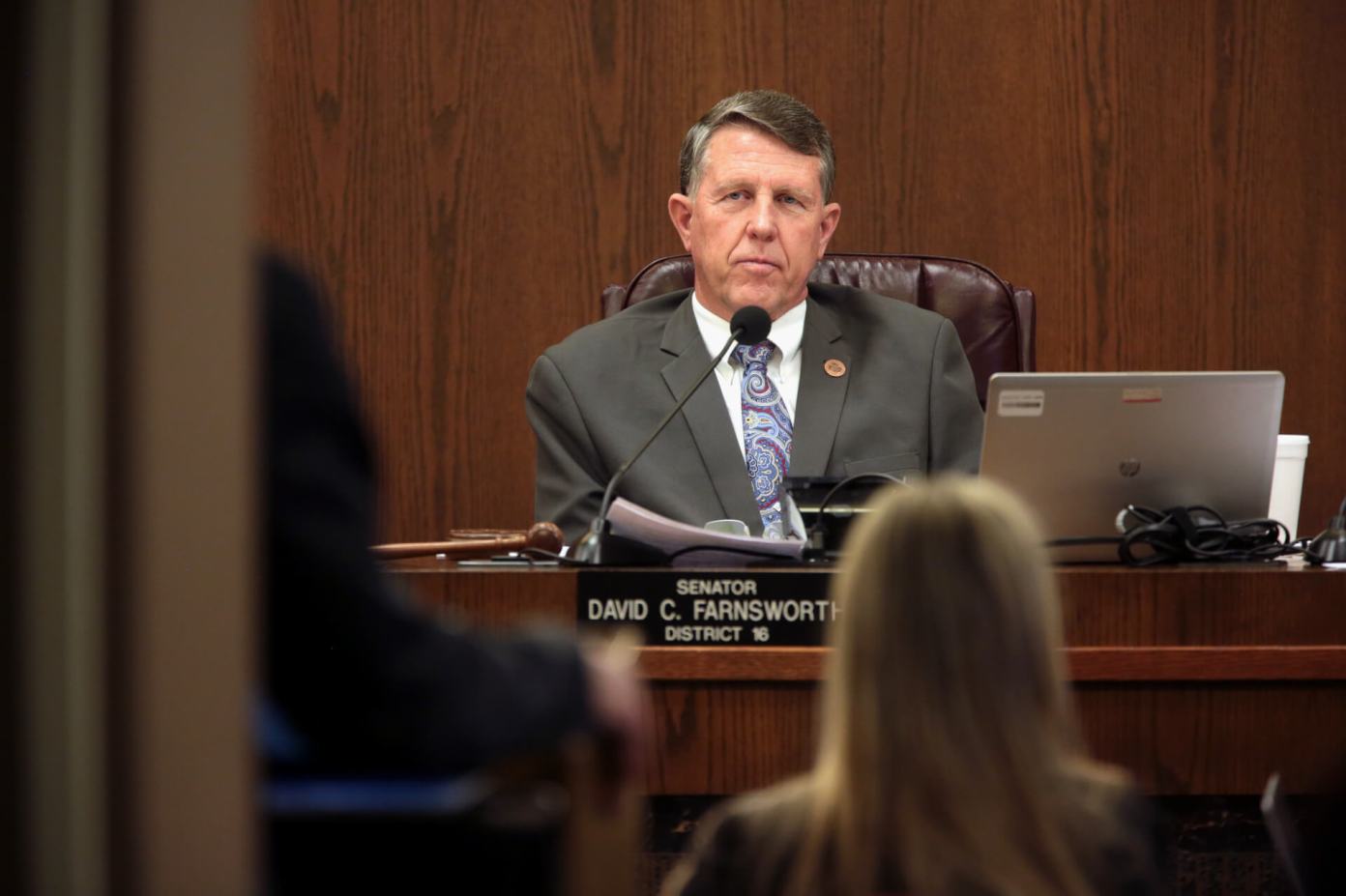 David Farnsworth is a Republican State Senator who has represented Arizona’s 16th district since 2013.

Farnsworth is convinced that Arizona children seized by CPS are being trafficked, which would explain how 550 of them seemingly vanished without a trace last year, according to Farnsworth.

A conservative Republican senator who is convinced that the Arizona Department of Child Safety is facilitating the global sex trafficking of children removed from negligent parents called the police on one of his GOP colleagues, alleging that she threatened his life.

Sen. David Farnsworth, a Republican from Mesa, filed a report with the Arizona Department of Public Safety this week accusing Sen. Kate Brophy McGee, R-Phoenix, of threatening him if he didn’t stop investigating the outrageous claim. The news was first reported by Yellow Sheet Report, a high-priced insider newsletter aimed at lobbyists and government officials.

Farnsworth told Yellow Sheet that he has been looking into how DCS “lost” more than 550 children last year, roughly half of whom are categorized as either runaways or otherwise missing. The rest appear to be flagged for paperwork errors.

He said he fears the children have been abducted and sold into a global sex trafficking ring, and said he has been holding meetings with DCS, critics of the agency and fellow lawmakers, including Brophy McGee.

Farnsworth acknowledged his beliefs were outlandish, but he said it’s not a conspiracy theory. He told Yellow Sheet that he didn’t believe DCS officials were actively selling children into sexual slavery, but that they are being lax at protecting children from predators who will do so.

While he said he hopes his meetings ultimately prove him wrong, Farnsworth said he is more convinced than ever that Arizona children removed from their parents and put into group homes or foster homes are being sex-trafficked, even though he told Yellow Sheet he has turned up no evidence.

“When I first heard about this, I believed that children from Arizona (DCS) were ending up in sex trafficking. Now, after the research I’ve done, I’m confident of it,” he told Yellow Sheet. “But I can’t prove it.”

Farnsworth also alleged that two former Republican state senators from other states who were killed within days of each other earlier this year were “executed” because they were investigating links between their own states’ child protective agencies and global sex trafficking rings.

Farnsworth does his homework and Arizona is lucky to have him.

I did see one report that claimed his 550 number was too high.

Still, how does a state foster care/CPS lose track of even one child?

Farnsworth mentioned Linda-Collins Smith and Jonathan Nichols, which we had reported upon previously.

As we have learned through the Epstein story, pedophilia is big business.

In fact, we recently reported on another Arizona politician who might have been connected to the human trafficking business as well.

And we made a loose connection between that lowly local public servant (he was a county clerk as well as being an attorney) and both John McCain and Jeff Flake.

What a tangled web we weave.

Here’s a new video I found that addresses a lot of what is believed to be going on in Arizona.

Before you think I’ve totally gone down the proverbial rabbit hole, let’s not forget that an alleged Epstein victim did reveal that John McCain was one of the men she was forced to have sex with.

Would you be surprised if her story were true?

When there is smoke there is fire.

Bad things are happening in Arizona and taxpayers may be funding it through CPS.

So, there are even people inside CPS saying that this is true.

Thank You Senator Farnsworth for trying to shed more light on the problem.