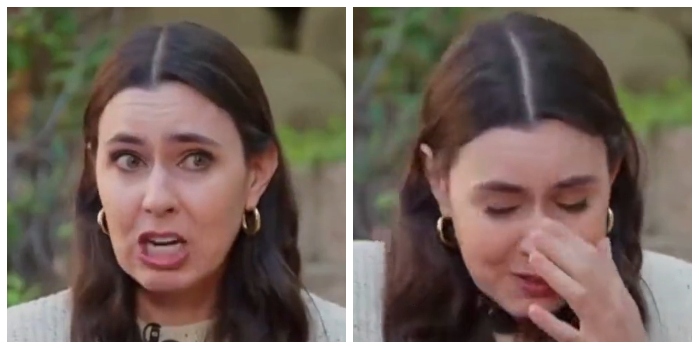 (Natural News) The relative freedom that Americans have right now compared to the Chinese is upsetting to Taylor Lorenz of The Washington Post who tweeted this week that communist China should be praised for continuing to lock down and tyrannize its citizens.

Xi Jinping’s infamous “zero covid” policy, which is receiving considerable backlash right now in the form of widespread protests, is something to celebrate, according to Lorenz. Here is what she wrote in condemnation of protesters and critics of China’s zero covid restrictions:

“There is no lasting ‘natural immunity’ to COVID. You can get covid over and over and over again bc there are so many endlessly evolving strains and antibodies wane. Also, choosing not to kill off millions of vulnerable people (as the US is doing) isn’t a ‘critical flaw.’”

You can just feel the snark rolling out of her fingertips as Lorenz smacks the keyboard in anger – but she did not stop here. In a follow-up tweet, Lorenz used vulgarity like a petulant child to lash out at fellow journalist critics who apparently told her that so-called “long covid” is a form of mental illness:

“Any journalist writing that Long Covid is ‘psychological’ in the face of literally ALL evidence, endless studies showing otherwise, should not be allowed to report on health. ‘Psychological’ issues don’t cause organ damage, blood clots, & mitochondrial disorders. Stfu and log off.”

Just to be sure that her message got across, Lorenz tweeted a third time with the following misinformation about long covid, which she apparently has an obsession with:

“The more times you get COVID, the more likely you are to get long COVID. Yes, even if you’re vaccinated because vaccines do not stop long covid. Any covid infection can lead to long covid.” (Related: Lorenz appears to be just another trust fund brat who loves to dish out criticism and condemnation towards others but can never take it herself.)

The Chinese protests ignited after a Foxconn factory that produces iPhones for Apple went into lockdown mode over an alleged “case” of the Fauci Flu. The government of Shanghai and other cities locked people inside their homes and even welded the doors shut to prevent escape.

In at least one case, a welded-shut apartment building caught fire and those inside were unable to escape. They were reportedly burned alive because of the government’s actions.

Is this the type of thing that Lorenz supports? She claims that China is doing it better than the United States, so is this what she is talking about? Because this is what is happening over there while here in the U.S. life is somewhat back to “normal.”

In a tweet response to Lorenz’s diatribes, Christina Pushaw, a Ron DeSantis campaigner, blasted her as an “obsessive Covid maximalist” who “is not full-on defending the Chinese Communist Party’s massive human rights violations … just days after civilians burned to death in a locked-down apartment block in Urumqi.”

Lorenz, conversely, continued to argue on Twitter that China’s strategy is better than that of the U.S., which she claims aims to “purge all those inconvenient vulnerable bodies that threaten to disrupt economic activity and overwhelm hospitals.”

“It’s honestly shocking and frightening to see dozens and dozens of articles from mainstream media outlets that have exactly zero regard for the lives of perhaps a million or more Chinese who will die if covid spreads out of control,” Lorenz further whined.

The latest news about the implosion of the left-wing media can be found at Collapse.news.