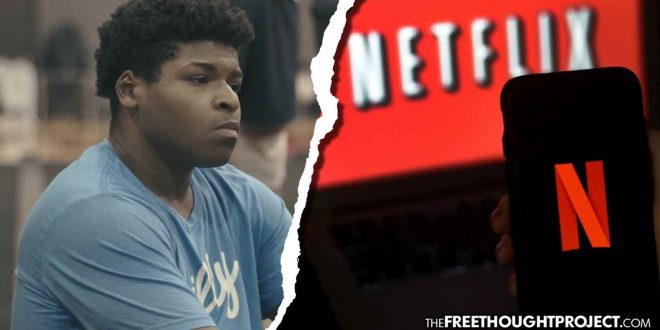 In case you’ve been under a rock for the last week, the Netflix movie “Cuties” has raised quite the controversy online. Many folks, including this author — though I admit to only watching a brief clip — found the film to be utterly shocking. In the brief clip I watched, several 11-year-old girls were grabbing their prepubescent selves in a sexual manner in what could be described as eye candy to a child predator.

Though the outrage over the sexualization of small children was bipartisan, many in the media attempted to paint it as some right versus left issue. It is not. The clip which was originally posted to Twitter, which I shared to show the disturbing nature of this film, shows zoomed in camera angles of little girls grabbing their private parts.

The @NewYorker has since deleted the tweet in which they claimed opposing pedophilia is somehow a right wing issue. pic.twitter.com/GLu7u5FRmS

I’ll be the first to admit that when the outrage was sparked last month, I thought it was a bit overblown. I wrote it off to perceptiveness bias with many on the religious right being unable to accept the cultural roots of “twerking” and subsequently being “offended” by girls doing a dance conservatives simply didn’t want to understand or accept. However, that was only after watching the trailer. When watching the clip that was released last week, all that went out the window.

I originally thought the anger over the film was misdirected — and much of it likely was — but my outrage at the hypersexualization of prepubescent little girls literally grabbing their privates getting a worldwide platform in the midst of a child sex abuse epidemic has nothing to do with some puritan values or obstinance, but rather an appeal to humanity.

Nevertheless, after the storm of controversy erupted online, Netflix doubled down on the release of the film calling it a “social commentary against the sexualization of young children.”

Great. Maybe @Netflix would like to come talk this over before Congress https://t.co/wuQkPM5zzi

While I do not doubt that director Maïmouna Doucouré had this intent with her film, the idea that children were in fact extremely sexualized in the film, negates any point she was trying to make.

Fast forward to this week, and that is no longer true. The star of the Netflix docuseries “Cheer” was arrested on Thursday on federal child pornography charges — days after he was sued by twin brothers accusing him of sexual misconduct, according to police.

Jeremiah “Jerry” Harris, 21, was arrested today on a federal child pornography charge for allegedly enticing an underage boy to produce sexually explicit videos and photos of himself.

According to the U.S. Attorney’s Office of the Northern District of Illinois, Harris contacted the underage boy on a social media application and repeatedly enticed him to produce sexually explicit videos and photographs of himself and send them to Harris.

On the sole charge for which Harris was arrested Thursday, production of child pornography is punishable by a minimum sentence of 15 years in prison and a maximum of 30 years. However, if he is charged on the admissions in the criminal complaint, he could face the possibility of the rest of his life in prison.