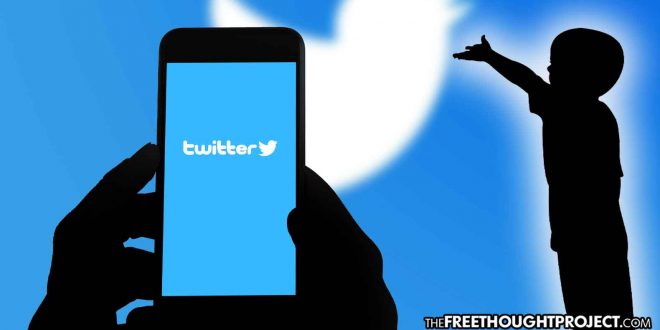 Late last month, Alex Berenson, a prominent skeptic of the government’s response to COVID-19, was unceremoniously banned from Twitter for a week. His crime? He cited Pfizer’s own clinical trial data.

“Blocked again, for a week this time,” Berenson said on his Substack. “For this tweet, which is completely accurate and does nothing but quote PFIZER’S OWN CLINICAL TRIAL DATA.”

After pulling the misleading tag, Berenson was banned and given no means of recourse.

Sadly, Berenson is not alone in his struggle to apply critical thought to the current tyrannical and outright unscientific madness unfolding in front of our eyes. In the last few months, TFTP has been shadow banned and have watched in real time as our organic reach dwindles to almost nothing. The big tech censors are actively snubbing out those who don’t line up to unquestioningly accept everything the mainstream media and the government tell us.

If you’d like to help make sure we stay around, please consider joining us by becoming a member.

We are told this is done in the name of “keeping us safe,” but in case after case, this narrative is exposed as nonsense.

In the meantime, the social media giants Twitter and Facebook remain unfazed as they keep their insidious relationships with the US government thriving. While banning those who question the status quo, Twitter is alleged in a lawsuit to have victimized children by knowingly allowing a video of them to go viral.

The victims are suing the platform alleging that it benefitted financially by failing to remove the video featuring the children — which was retweeted thousands of times and garnered nearly 200,000 views.

To be clear, this was not a mistake that simply didn’t pick up on the nature of the content. The boy and his mother, according to the lawsuit, repeatedly contacted Twitter about the content, but the social media giant allegedly didn’t suspend accounts distributing it until a federal agent from the Department of Homeland Security (DHS) intervened.

“What do you mean you don’t see a problem?” the minor asks in a response that same day. “We both are minors right now and were minors at the time these videos were taken. We both were 13 years of age.”

A subsequent screen shot shows that the video accumulated 167,000 views within a day and received more than 2,200 retweets and 6,640 likes.

The video made its way to Twitter after the boy was tricked into sharing the content with a fake account on Snapchat. The account belonged to child traffickers posing as a 16-year-old girl and they blackmailed the boy into sending in the video.

“Plaintiff John Doe was solicited and recruited for sex trafficking as a minor,” reads the lawsuit brought in part by the National Center on Sexual Exploitation (NCOSE). “After John Doe escaped from the manipulation, child sexual abuse material depicting John Doe was disseminated on Twitter. When Twitter was first alerted to this fact and John Doe’s age, Twitter refused to remove the illegal material and instead continued to promote and profit from the sexual abuse of this child.”

This month, Chief Magistrate Judge Joseph C. Spero for the U.S. District Court for the Northern District of California, agreed with the plaintiffs and essentially acknowledged that Twitter benefited from the spreading of child sexual exploitation material. As Bloomberg reports:

The facts don’t fit a claim for direct sex trafficking under a correct reading of the (TVPRA) the Trafficking Victims Protection Reauthorization Act’s language, according to Spero, who’s presiding over the case. But the Doe plaintiffs successfully stated a claim that Twitter benefited from participating in a venture involving them and should have known they were sex trafficking victims, he said.

Twitter has not confirmed any details about the incident. But the attorney representing the family says the video going viral — despite the heavy-handed censorship on the platform — shows that they are more concerned with censoring political speech than protecting children.

“We found it very interesting that Twitter, over the last few months, has really shown the world what kind of policing of their platform they are capable of, what the technology is they have at their fingertips, and what they are able to do,” Lisa Haba, partner at the Haba Law Firm, told Fox News in an interview.

She then added that “you would think that amongst everything they are able to police that there would be a premium priority on the protection of children. They literally have policies stating that they’ll do that but their practices say another word.”