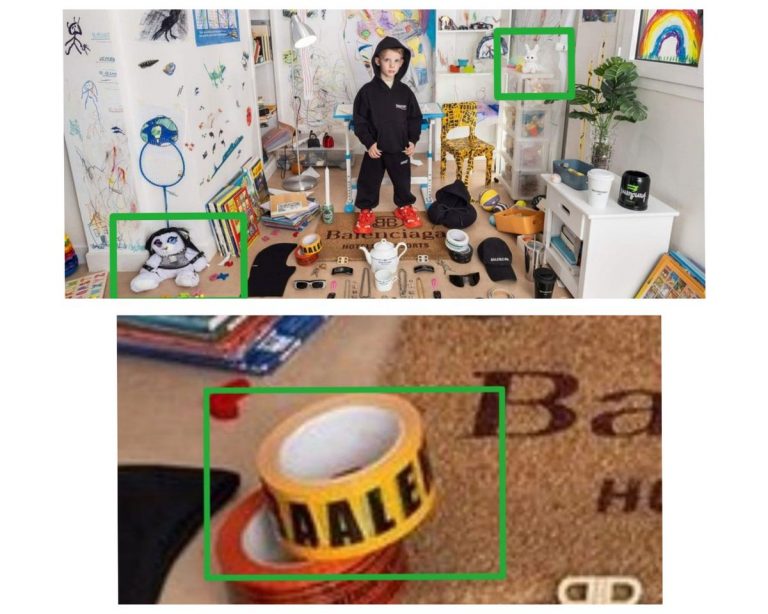 For decades, it has been an open secret that many among the elite are deeply attracted to practices that are unspeakably evil. But for most of that time, those that were engaged in such practices tried very hard to hide their involvement. Unfortunately, societal attitudes have changed very rapidly in recent years, and that means that many among the elite no longer feel that it is necessary to hide who they really serve. Some of the things that I am going to share with you in this article are very disturbing, but it is imperative for all of us to fully understand what we are now facing.

Let me start by discussing Disney, because at one time Disney was one of the few entertainment giants that parents could trust to produce family-friendly material that was safe for children.

Of course that has now completely changed, and at this point Disney is constantly making headlines due to the extremely alarming content that it is continuously putting out.

The latest example comes from a new show for children that has been named “The Santa Clauses”. It is based on an old film called “The Santa Clause” that starred Tim Allen, and there is one scene in the new show where children hold up signs that actually spell out the words “We Love You Satan”.

New Disney show for kids and “We love you satan”. They don’t hide they agenda anymore. pic.twitter.com/i3wDPTnYVO

Obviously this was done on purpose.

We are being told that it is just a joke.

And there is another series for kids that Disney has produced that most definitely is not a joke.

It is called “The Owl House”, and it features a young girl named “Luz” that is pursuing her dream of becoming a witch.

“Luz” means light in Spanish, and that name was obviously chosen to make a connection with “the lightbringer” which is Lucifer.

And apparently this series actually teaches kids how to be witches.

But instead of turning away from such content, more Americans are subscribed to Disney+ than ever before.

Of course there are countless other large companies that are also openly promoting evil.

Right now, Balenciaga is making headlines all over the globe because of an advertising campaign that they released that features little girls holding teddy bears that are dressed in bondage gear…

Days before Thanksgiving the fashion house Balenciaga triggered outrage with its 2022 Holiday advertising campaign, which toyed with one of the most depraved evils known to man — the sexual exploitation of children.

Photos showcased little girls posing with handbags shaped like teddy bears, but the bears wore bondage gear. In some pictures, the child models are standing on beds. In another a sleepy looking girl lies on a couch near wine glasses. In yet another, a boy stands in a room strewn with toys and pictures, including bondage bears and a childlike drawing of a devil.

The photo of the boy was particularly alarming, because it featured a roll of yellow tape on which the name of the company was spelled as “BAALenciaga”…

One of the pics from the Balenciaga child photos has Balenciaga spelled on tape spelled BAALenciaga pic.twitter.com/74n3Dwwf7H

Why in the world would Balenciaga want to associate themselves with the Middle Eastern deity known as “Baal”?

And why in the world would they have a reference to “Baal” in the exact same ad that a child appears in? In ancient Carthage, children were often offered as human sacrifices during the worship of “Baal”…

The city of Carthage in North Africa contains evidence of child sacrifice related to the worship of Ba’al Hammon, a god imported from Phoenicia. Many Roman writers refer to this barbaric act in Carthage.

Balenciaga is one of the hottest brands in the entire world.

It is extremely popular with top celebrities such as Kim Kardashian, and it brings in billions of dollars in revenue.

A photo from their new Spring/Summer 2023 campaign shows a handbag on top of a pile of scattered documents. For no apparent reason, one of the pages is from a Supreme Court decision on child pornography laws.

There is another photo of a model lounging in an office chair and in the background is a book by a disgustingly creepy artist named Michael Borremans. His art depicts young kids handling bloody body parts, cannibalism and adults and children dressed in full-length black hoods.

Why does such material keep popping up over and over again?

Well, one common denominator seems to be an in-house Balenciaga stylist named Lotta Volkova. People have been closely examining her social media accounts, and what they have discovered is incredibly disgusting…

Born in 1984, the Russian-born Volkova – who also designs for Adidas, was described by Vogue as a “super stylist.” But she’s also super into disturbing images of satanism, children in distress, and teddy bears in bondage, based on her now-private Instagram feed, as noted by The Namal, citing a lengthy Twitter thread by internet sleuth @curioslight.

Was it just an accident that such a sicko was able to get such a key position with one of the most important fashion houses on the entire planet?

Birds of a feather tend to flock together, and the things that Lotta Volkova is into are the exact same things that countless others among the elite are into…

T/W: These are shocking posts from Balenciagas stylist Lotta Volkova who has a sick obsession with torture, satan & child Mutilation

Notice a common theme with the brand now? #balenciaga pic.twitter.com/Wet0kKf5p8

Our social media profiles reflect what is truly in our hearts.

In Lotta Volkova’s case, her social media profile tells us that she is one incredibly twisted individual.

Sadly, there are thousands upon thousands of other predators roaming our communities on a daily basis.

And even if they are caught, they often don’t spend much time behind bars.

In fact, in the state of California “thousands of child molesters are being let out after just a few months”…

Pedophiles are getting less than a year prison time after a range of horrific acts, including raping kids under 14, a DailyMail.com investigation reveals.

Analysis of a California database of sex offenders shows thousands of child molesters are being let out after just a few months, despite sentencing guidelines.

Current and former sex crime prosecutors said the figures are ‘terrifying’ and ‘shameful’.

How could we possibly have allowed ourselves to sink so low?

We truly are in a very advanced stage of social decay, and things continue to get worse with each passing year.

If we stay on the path that we are currently on, there is no future for our society.

My hope is that those of us that are sounding the alarm can get a lot more people to wake up.

Because right now just about every form of evil that you can possibly imagine is exploding all around us, and only a very small percentage of the population is alarmed by this.