Cities have budgets for a reason.

People don’t elect Mayors to override those budgets to meet their own selfish wants and needs.

Here we go again with Keisha Lance Bottoms being embroiled in yet another controversy.

The people of Atlanta need to wake up.

ATLANTA – The two luxury GMC Denalis used to chauffeur Mayor Keisha Lance Bottoms around town were purchased for a combined $175,000 without the apparent authorization of Atlanta City Council. The city had designated the money for police vehicles used by patrol officers and detectives, reported AJC.

City Council approved $2.6 million for 91 new police vehicles in the summer of 2017. However, according to the AJC report, the Denalis for the mayor’s use were not on the list of vehicles to be purchased in the approved ordinance.

Nevertheless, the city finance department used money for the Denalis from those funds after Bottoms was sworn into office in January, 2018. The AJC report did not include a response from the mayor’s office.

What does Bottoms say in her defense?

According to The Atlanta Journal Constitution:

Bottoms said she never asked for the SUVs. “I was told they needed to order new cars, but I wasn’t mayor then,” she said.

Capt. David Jones, the commander of the team of officers assigned to protect the mayor, ordered the $87,500 vehicles.

Atlanta City Council President Felicia Moore, who was a council member in 2017, said the purchase wasn’t authorized because the Denalis were not included with those approved by the council.

“You can’t ask the council to approve a list of vehicles and then turn around and use the money for something else,” Moore said. She said the purchase subverted the council’s check on the executive branch.

A spokesman for Bottoms said city officials didn’t have to adhere to the specific vehicles listed in legislation. The Denalis are police vehicles, purchased for the mayor’s protection.

The Mayor can’t be seen riding around in some vehicle that is barely fit for commoners.

22-inch rims and a sculpted chrome grille are essential in Hotlanta.

This is the same woman who decided that the local library system trying to keep drag queen story hour out was unfair and held it at City Hall.

I wonder if the drag queen was escorted to city hall in the Mayor’s new tricked out Denali?

For he/she/its protection of course. 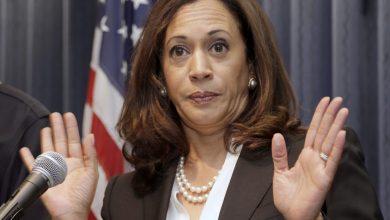 8 things you should know about Kamala Harris 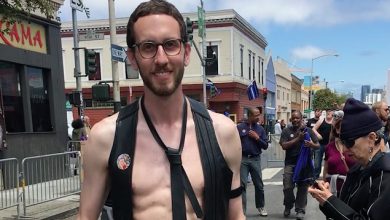