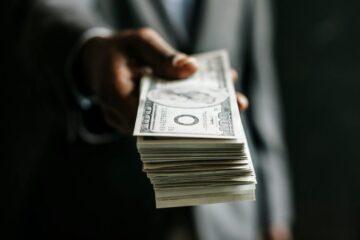 RICHMOND, Va. —The Rutherford Institute is challenging government efforts to sidestep accountability and avoid paying legal fees for constitutional violations. The issue arose in connection with a 2016 lawsuit in Stinnie v. Holcomb that sought to stop the Commonwealth of Virginia from automatically suspending driver’s licenses for unpaid court fines and fees, an unconstitutional act lacking in due process which the Justice Department denounced as “unlawful practices that punish poverty at every stage of the justice system and that trap vulnerable residents in cycles of debt from court fines and fees.” The amicus brief by a legal coalition including The Rutherford Institute and the American Civil Liberties Union of Virginia asks the Fourth Circuit Court of Appeals to ensure that the government is held fiscally liable for its constitutional violations, even when a case is resolved by way of a preliminary injunction and legislative action.

Theodore A. Howard of Wiley Rein LLP was counsel on the Stinnie v. Holcomb amicus brief.

“If the government is allowed to avoid the financial liabilities associated with violating the Constitution, it will violate the Constitution for as long as it can get away with it,” said constitutional attorney John W. Whitehead, president of The Rutherford Institute and author of Battlefield America: The War on the American People. “Such a practice cripples the ability of the citizenry, especially the poor and vulnerable, to effectively seek protection from the courts and hold the government accountable.”

Damian Stinnie was among more than 900,000 people who had their driver’s licenses automatically suspended by the Virginia Department of Motor Vehicles (DMV) under a state law that penalizes drivers for failing to pay court fines and costs that often have nothing to do with road safety or driving infractions. In July 2016, a massive class action lawsuit was filed against the DMV, alleging that the automatic suspensions violated the Fourteenth Amendment’s guarantees of due process and equal protection. The lawsuit alleged that “hundreds of thousands of people have lost their licenses simply because they are too poor to pay, effectively depriving them of reliable, lawful transportation necessary to get to and from work, take children to school, keep medical appointments, care for ill or disabled family members, or, paradoxically, to meet their financial obligations to the courts.” For instance, one of the plaintiffs was a 24-year-old man with lymphoma who became homeless after failing to pay about $1,000 in traffic fines. Another woman, the mother of three children, was stymied in her attempts to get and keep a job after having her license suspended for $865 in court costs.

TRENDING: The Spin: “Helping” Americans Interpret the News One Lie at a Time
take our poll - story continues below

In December 2018, a federal district court granted the plaintiffs’ request for a preliminary injunction to temporarily end the “unconstitutional scheme” by prohibiting the DMV from suspending their driver’s licenses for unpaid court costs. However, before the case could be fully resolved by the court, the Commonwealth of Virginia enacted legislation in 2020 that blocked the DMV from suspending licenses over outstanding fines and fees, thereby mooting the case. Attempting to avoid any legal consequences for its constitutional violations, the DMV has insisted that since the issue was resolved through legislation before it could be finally resolved by the court, the government should not be required to pay the plaintiffs’ attorneys for their time working on the case. The coalition’s amicus brief has asked the Fourth Circuit to reverse the district court’s ruling, which allows the DMV to avoid fiscal accountability and encourages further constitutional mischief.

The Rutherford Institute, a nonprofit civil liberties organization, provides legal assistance at no charge to individuals whose constitutional rights have been threatened or violated, and educates the public on a wide spectrum of issues affecting their freedoms.