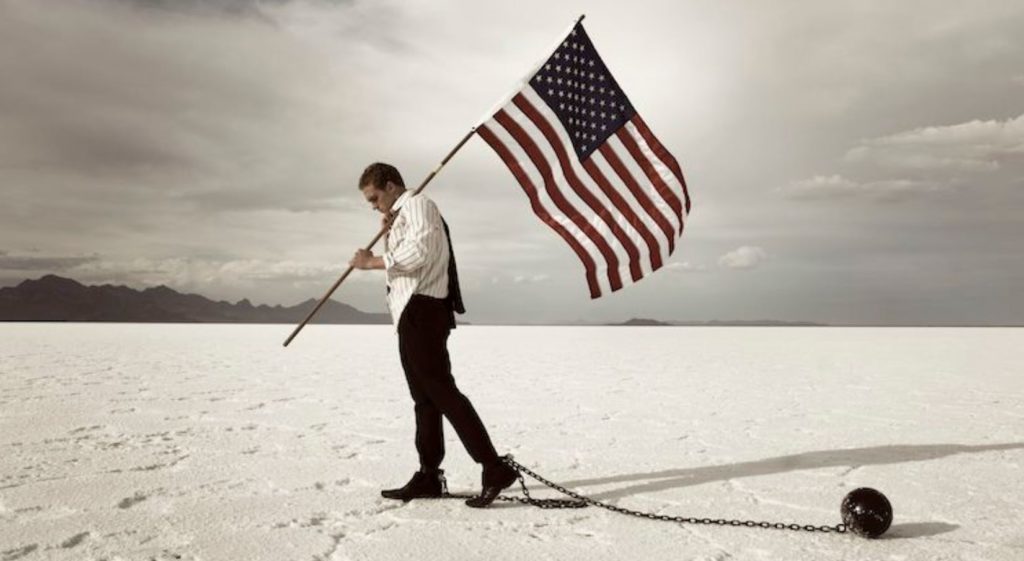 When the next bubble bursts – and it will – be sure to take a look back at this article. It might help explain some things. Lenders, seemingly unhappy with the vast avalanche of debt they’ve issued over the last decade, are now looking to “move the goalposts” in order to be able to lend even more money to even less creditworthy individuals.

Gone are the old days of relying on a consumer’s borrowing history to determine creditworthiness, and instead lenders now look at such bizarre trivia as magazine subscriptions and phone bills to decide how much should be lent to potential borrowers. Banks like Goldman Sachs Group, Ally Financial and Discover are now experimenting with the new metrics. 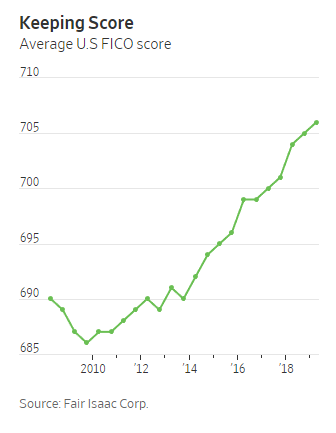 The changes are seismic for many large banks, who spent the last 10 years targeting only extremely credit-worthy borrowers. But, as we all know too well, when that pool runs out the show must go on by any means possible. And that is how we got to no-doc loans and subprime CDOs just before the last bubble burst.

At stake is a lot of potential money: banks are targeting the estimated 53 million U.S. adults that don’t have credit scores and 56 million that have subprime scores. The banks claim that many of these people don’t have traditional borrowing backgrounds, often times because they pay in cash or are new to the U.S. That doesn’t make them bad debt slaves prospects, however. Quite the opposite.

The timing also couldn’t be any better: US consumer debt is higher than ever, as Americans continue to borrow in order to finance everything from cars, college, housing and medical care.

Government officials have also encouraged, at times, changes to the information in credit reports and scores so that loans could be made to “deserving borrowers” who don’t fit a “traditional mold”. You know, like people who have the means to pay back their debt.

Banks like JPMorgan, Citigroup, American Express and Capital One have all been considering talking to FICO about whether incorporating new data into credit scores could help boost loan volume, as we have reported on Zero Hedge before. Lenders have also been pleading with Experian for ways to find new customers who are more financially responsible than their credit scores suggest.

Goldman Sachs started making personal loans in 2016, as part of a larger move to consumer banking. A spokesperson for the bank said it has “built a technology and data architecture that can ingest and use multiple sources of data to make the best decisions for the customer and the bank.”

The entire lending industry revolves around customer data and FICO scores. Dossiers are compiled on borrowers and the data is condensed through a score between 300 and 850. Last October we reported on FICO’s announcement of its “Ultra FICO” score that rigs factors in how applicants manage cash in their checking and savings accounts. And why wouldn’t FICO offer another score? About 37% of their revenue comes from the credit scores that it sells.

TransUnion also says it sells alternative data to U.S. lenders. Mike Mondelli, SVP, said: “It’s an indicator of stability”, although it was unclear for whom.

Critics state the obvious: the new scores could make tons of non-creditworthy borrowers look as though they are creditworthy when they aren’t. Other critics point out that a borrower’s propensity to pay bills necessary to live, like electric and water bills, don’t help distinguish whether or not they are likely to pay back unsecured debt.

And us? We remind these banks that those who fail to learn from history are doomed to repeat it.