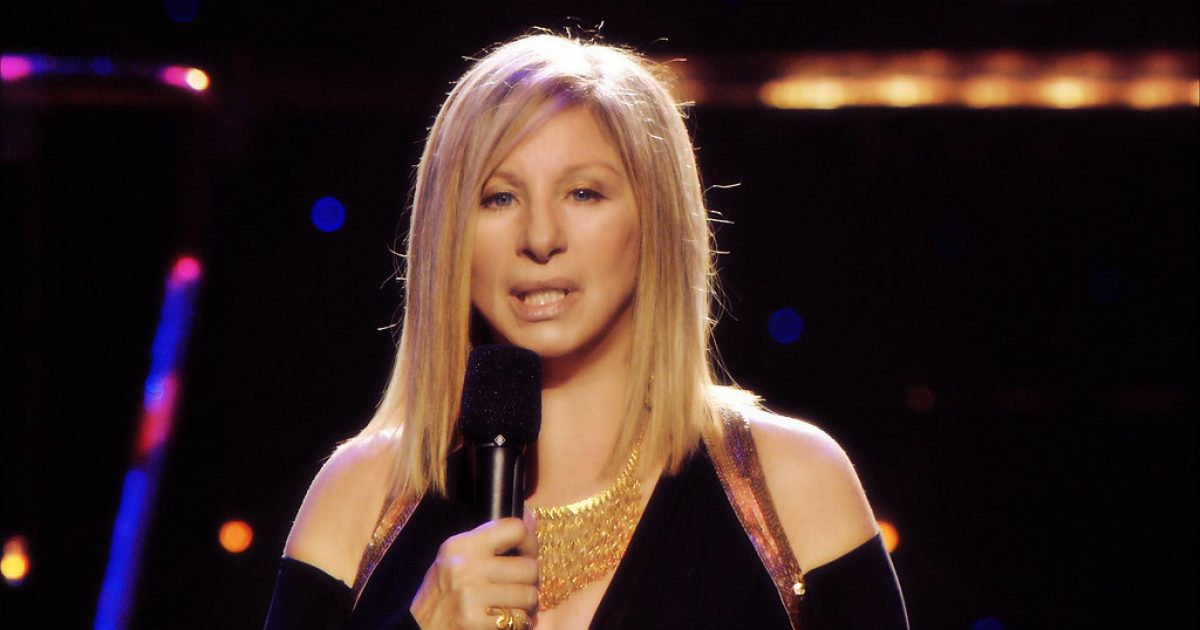 Liberalism, as I’ve repeatedly said since February 2011, is an ideology of insane and often bloodthirsty rage and hate. One of the latest examples of the insanity that now drives the left comes to us courtesy of aging Hollywood leftist Barbra Streisand, who thought it would be great to tweet a cartoon of House Speaker Nancy Pelosi killing President Trump.

The picture she tweeted showed a cartoon Trump impaled on the heel of a shoe with “Pelosi” emblazoned on it.

Turns out that cartoon’s pretty old — it dates back to January, and it’s still up on Twitter. If it’s any consolation, the blood draining out of Trump is actually his red tie … made to look like blood draining out. Plus there’s the “bloody shoes” shoutout to Bernie Sanders superfan Cardi B.

We won’t hold our breath.

That isn’t the way we were😳

I see what this Twitter user did there. No, it’s not, but sadly, thanks to unhinged, bloodthirsty leftists like Streisand, that’s the way it has been for the last few years. And it seems to be getting worse.

Your entire party is.

We have to agree.

The timing of the posting is palpable, coming after House Speaker Nancy Pelosi (D-CA) and Congressional Democrat leaders protested and then walked out of a White House meeting on Syria on Wednesday.

President Trump called the bipartisan meeting after a House resolution, passing with a 354-60 margin, denounced his decision not to order the U.S. military to engage against the Turkish after their attack on the Kurds in Syria.

Barbra Streisand often flirts with the idea of President Trump being removed from office. In July the Meet the Fockers star demanded that “climate deniers” be voted out, “starting with Trump.”

Why are liberals so violent?

That’s easy. As I noted at the beginning of this post, liberalism, at its core, is an ideology of insane bloodthirsty rage and hate. Streisand just proved that assertion correct.