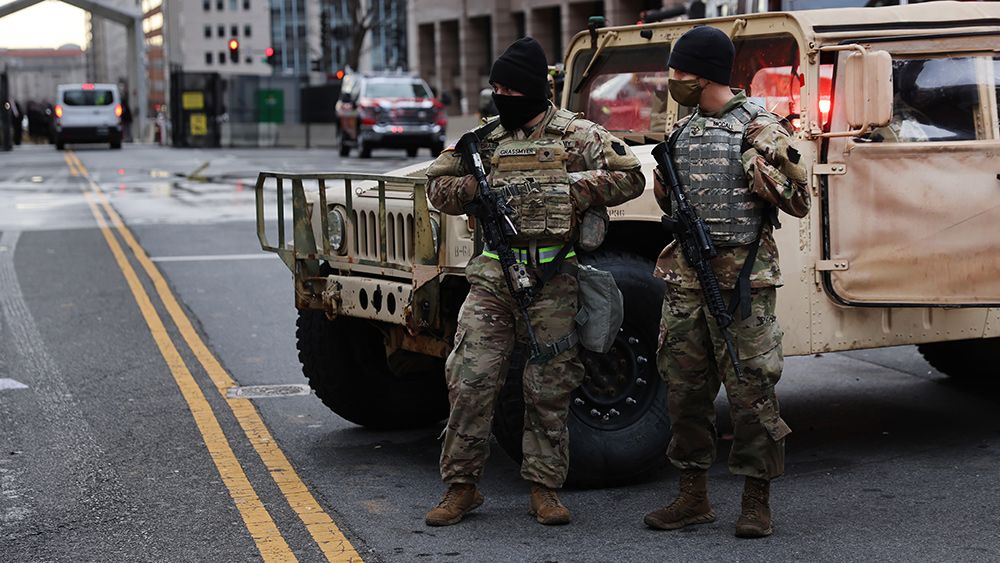 (Natural News) The Biden regime is deploying more than 1,000 active-duty troops across the country to help medical workers plunge Wuhan coronavirus (Covid-19) needles into Americans’ arms at a faster pace.

Secretary of Defense Lloyd Austin gave the military the green light to begin vaccinating people starting on Feb. 15 in California. After that, troops will be sent to other states to work the jabs elsewhere.

“The military’s critical role in supporting sites will help vaccinate thousands of people per day and ensure that every American who wants a vaccine will receive them,” said Biden Covid-19 response team senior advisor Andy Slavitt to reporters.

China Joe and his lackeys remain critical of President Donald Trump’s response to the Chinese virus. According to them, Trump and his team did not roll out the vaccines quickly enough, and also did not issue a national mask mandate.

According to CNBC, Big Pharma, operating under Trump’s “Operation Warp Speed” program, has distributed some 57.4 million vaccine doses. Only about 35.2 million doses, or roughly 61 percent of the total available supply, have been jabbed into people’s bodies.

“The 1,110 active-duty service members will compose five teams and involve units from the Army, Navy, Air Force and Marine Corps, according to the Department of Defense,” writes CNBC‘s Berkeley Lovelace Jr.

“The troops will include nurses and medical staff who will help administer Pfizer’s and Moderna’s two-dose vaccines, according to the agency.”

The Defense Production Act has also been executed to help Pfizer meet the manufacturing targets for its vaccine. The company recently announced plans to deliver 200 million doses of its jab to the U.S. by May, two months earlier than its earlier forecast of July.

“I think the use of the Defense Production Act is one of the things that is allowing Pfizer to meet the targets,” Slavitt stated.

“They announced an acceleration of their targets of when they’ll be able to deliver vaccines. And I think our partnership with them is one of those reasons. I’m not going to say it’s the entire reason, but it’s certainly a critical factor.”

The Pentagon is reportedly conspiring with the Federal Emergency Management Agency (FEMA) to send another 9,000 troops, for a total of around 10,000, throughout the nation to really get the process going at warp speed.

FEMA and the Department of Defense (DoD) will together determine the point at which active-duty members are no longer required to push China virus vaccines on American soil.

Slavitt expressed further upset with the medical providers across the country that have held back in delivering the second round of Pfizer jabs due to widespread reports of deadly side effects.

In Slavitt’s view, this is completely unnecessary. Both the government and health care systems should immediately resume injecting Chinese virus syringes into people because failure to do so is bad.

“We want to be clear that we understand why health care providers have done that, but that it does not need to happen and should not happen,” he told reporters, adding that government officials knew that shipments of Covid-19 vaccines back in December were erratic.

“We completely understand that this has been a direct result of the lack of predictability many states and providers have had regarding how many doses that they would receive. That’s one reason why last week we announced that the federal government will be providing a continual three-week window in the vaccines that will be shipped.”

More of the latest news about the Wuhan coronavirus (Covid-19) and the militarization of America can be found at Terrorism.news.