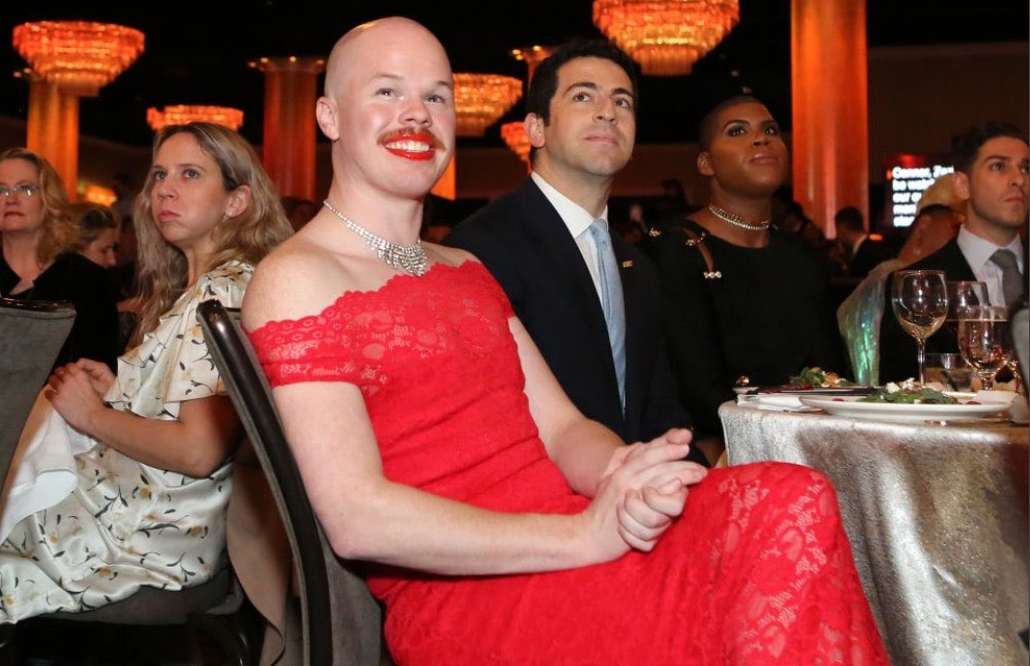 (Natural News) The Biden regime reminds tens of millions of Americans of a comedy show. It is filled with absurd characters doing some of the dumbest things.

But unfortunately, Joe Biden is really the president, thanks to the Deep State stealing Donald Trump’s reelection. And the way his administration is being staffed, you’d think you were watching an old-style traveling show.

There’s a “trans man” – a biological male posing as a woman – who was appointed to a ranking position in the Department of Health and Human Services, and just to poke the majority of the country in the eye, the Obama sycophants running the regime made “her” a four-star admiral in the United States Public Health Service Commissioned Corps so they could check a box.

Then we have Secretary of State Antony Blinken, the nation’s top diplomat, who is a wannabe rock-and-roller (which is why other countries – friends and enemies alike – don’t take him seriously).

We also have Sam Brinton, “a high-level hire at the Department of Energy‘s Office of Nuclear Energy, whose past as a drag queen and defender of underage gay prostitution sites has stirred controversy,” The National Pulse reported.

Not only is his taxpayer-funded salary of around $178,000 in the top one percent of government employees, but he also has a top-secret “Q clearance,” a level so high “the unauthorized disclosure of which reasonably could be expected to cause exceptionally grave damage to the national security.”

That means one of the nation’s most vulnerable administration staffers due to his lifestyle and his past is also one of our biggest national security risks, given that he could be easily blackmailed into surrendering vital information that would harm our country.

In a real world, not the clown world we’re currently in, Brinton and people with backgrounds and personal histories like his would never be able to get within a thousand miles of a high-level security clearance. Those days ended when Trump’s presidency was stolen and the cartoon show rolled into D.C.

The Energy Department uses its own terminology to classify security clearances, describing the Q-level clearance as “similar to what is completed by other agencies for a Top Secret National Security Information access clearance.”

Brinton’s personal social media posts have laid out the vital importance of his position.

“I lead a staff of hundreds and a budget of millions (with a Nuclear Waste Fund I’m responsible for at over $45 billion) as the leader of the office overseeing the management of the nation’s spent nuclear fuel,” he posted to Twitter June 29.

In the past, Brinton defended “Rentboy.com” in a September 2, 2015 op-ed in Advocate magazine: “The Real Ramifications of the Rentboy Raid.”

The article followed Department of Homeland Security officials raiding Rentboy’s Manhattan offices and arresting CEO Jeffrey Hurant and six employees on charges of promoting prostitution. The following year, the CEO of the site, which connected male prostitutes and escorts with potential clients, was indicted on a charge of promoting prostitution. He ultimately pleaded guilty.

According to an Energy Department insider, there were “substantial irregularities” in the hiring process for Brinton, who is also a homosexual prostitution defender sometimes going by the drag queen alter ego of “Sister Ray Dee O’Active.”

In a Feb. 2 letter addressed to the Office of Personnel Management (OPM) Deputy Inspector General Norbert Vint, the anonymous insider claimed that “prohibited personnel practices” were used in order to tap Brinton for his position of deputy assistant secretary for spent fuel and waste disposition.

“Undue political influence and preferences were applied” at the Energy Department in selecting Brinton for the job, the stated the letter, the signatory of which is designated as “Long-serving public servant at the U.S. Department of Energy.”

It’s no wonder our country is mocked and disrespected.