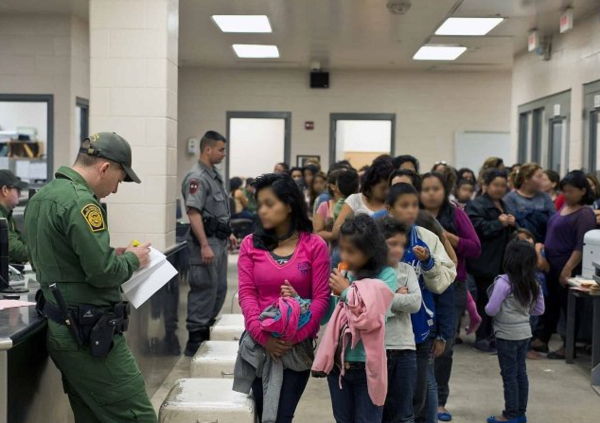 (Natural News) A source at Immigrations and Customs Enforcement (ICE) has come forward with information claiming that the Biden regime set loose into the United States more than 16,000 illegal “migrants” who tested “positive” for the Wuhan coronavirus (Covid-19).

As you might expect, none of these illegals had to get “vaccinated” like Americans are being told they need to do in order to keep their jobs and shop. China Joe just set them free, allowing them to be freer than actual Americans to do whatever they want without medical coercion.

The source, whose identity must remain private due to internal policies, told Breitbart News that the 16,000 figure only accounts for migrants who were tested directly by ICE. There could be, and likely are, thousands more, in other words, who are carrying the virus but who never got tested.

We know that these on-the-loose migrants with covid range in age from infants to the elderly. Breitbart Texas also reviewed a report from the Department of Homeland Security (DHS) that confirms the oldest released migrant to be over 85. Nearly 1,300 migrants under the age of 10 were also released.

“According to the source, the releases occurred in multiple cities across the United States between January 2021 and early October.”

Illegal migrants are not getting vaccinated, but Americans are being forced to

Again, these figures only account for migrants who were tested by ICE. Untold thousands of others who were not tested were released by Border Patrol during that same time period, their infection statuses unknown.

“The Border Patrol testing of migrants has been limited to unaccompanied migrant children later turned over to the Department of Health and Human Services (HHS),” Breitbart added.

Non-governmental organizations (NGOs) were brought in by Border Patrol to test the now-released 16,000-plus migrants into the “wild,” also known as the streets of America. Some of these same migrants were later told to self-quarantine at hotels within border cities.

While having a positive test supposedly did not factor into the decision to release, according to the source, this person basically admitted that no efforts were made to try to keep these infected migrants from potentially spreading disease to others.

“With the pace of referrals from the Border Patrol, we tested, made the migrants aware, and released them to avoid increasing the detained population,” the source said.

“None of the migrants received the COVID-19 vaccine, either voluntary or forced.”

In other words, you are much better off being an illegal alien in the United States – and perhaps we should all become just that. By being an illegal, you can avoid being pressured to take an “Operation Warp Speed” injection, and can simply go about your life as you please.

If you are a legal citizen, on the other hand, then Beijing Biden or one of his many comrades in state and local government will take away your job and your right to feed your family if you refuse to get injected on demand.

“But you lowly cops, firemen, nurses, and teachers had damn well better get the jab or you’re gonna be fired!” wrote one Breitbart News commenter, illustrating that point.

“My son-in-law who is a fire fighter is not going to get the jab along with most of the rest of his team. He could lose his house,” wrote another. “This actually is making me cry the inequity and injustice.”

More Chinese Virus-related news can be found at Pandemic.news.