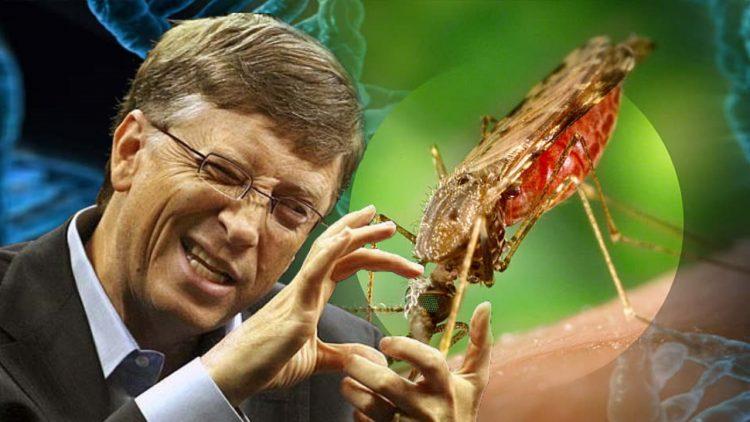 The medical profession has always, until recently, acknowledged, honored, and respected the right of patients to informed consent on any medical procedure, whether diagnostic, prevention, or treatment. Unfortunately, with the current plan-demic of CONvid-19, government agencies, filled with some medical professionals, and private practitioners of medicine have abandoned the concept of the right of patients to choose to receive or not any medical procedure based on the provision of all benefits and risks of those procedures. It is evident in these entities pushing faulty testing, unproven non-pharmaceutical interventions (masks, social distancing, house arrest of well individuals, etc.), and experimental injections for as yet to be isolated and proven microbe causing the illness dubbed COVID-19. Why are medical professionals abandoning the rights of patients they themselves created and upheld for generations?

Enter one obscene billionaire who has appointed himself over the world and the people as having the answer to all the world’s ills without possessing one medical degree or any college degree at all – Bill Gates. In other words, it boils down to money. And, Bill Gates has plenty of it to throw at the most eccentric of scientific ideas, most bad for the world’s population. From funding experiments to block out the sun to thwart the myth of anthropogenic global warming, aka climate change, to funding experimental mRNA injections with a 20 to 1 return on investment, Bill Gates, through the Bill and Melinda Gates Foundation and a hefty “positive” advertisement campaign years ago, remade his image into one of benevolence from one of malevolence. The money from Bill Gates and his foundation bought the ethics of the medical profession, as well as the scientific community. Gates is the media “go to” man when needing “expertise” on mRNA injections, climate change/global warming, social morays, and developing science.

Flying Syringes is a phrase that is used to refer to a proposed project funded by Bill Gates to create genetically modified mosquitoes that inject vaccines into people when they bite them.

In 2008, the Bill and Melinda Gates Foundation awarded $100,000 to Hiroyuki Matsuoka of Jichi Medical University in Japan to do research on genetically modified mosquitoes.

Hiroyuki Matsuoka at Jichi Medical University in Japan thinks it may be possible to turn mosquitoes that normally transmit disease into “flying syringes,” so that when they bite humans they deliver vaccines.

Professor Hiroyuki Matsuoka will attempt to design a mosquito that can produce and secrete a malaria vaccine protein into a host’s skin. The hope is that such mosquitoes could deliver protective vaccines against other infectious diseases as well.

If Matsuoka proves that his idea has merit, he will be eligible for an additional $1 million of funding. The Washington Post referred to flying syringes as a “bold idea”.

In fact, Bill Gates once did actually released a swarm of mosquitoes on unsuspecting crowd at a TED conference in 2009.

“There’s no reason only poor people should have the experience,” Bill Gates said, before adding that the mosquitoes were not infectious.

Flying syringes? Where does Bill Gates derive the authority to remove the right of an individual to choose or refuse any type of medical procedure? Why is the medical profession, or most of the medical profession, bowing to a man that has no medical degree or any concept of health care whatsoever? It’s called money. Bill Gate, by virtue of his money, believes he has the authority to laud as lord and king over those who don’t have as much. His arrogance is on public display except to those blinded by the greenbacks. Releasing a swarm of mosquitoes on unsuspecting individuals is arrogant. It matters not whether the insects were infectious or not. And, how did he know the insects weren’t infectious? Then, to claim that only “poor people” risk exposure to mosquitoes shows his level of arrogance. In the southern united States, people of all socio-economic backgrounds risk exposure to mosquitoes if spending time outdoors. In fact, all individuals who live where mosquitoes thrive risk exposure to these insects if spending time outdoors.

Not only did Gates purchase the medical profession through money thrown at medical organizations and the scientific community through research funding, he bought governments, government agencies, and United Nations organizations as well.

Through the new venture of genetically modifying mosquitoes that wreaks of science fiction, Gates is hoping to advance mass vaccinations for any and every disease possible upon the world’s population without affording individuals informed consent, the opportunity to refuse, or gaining parental consent in the case of a minor child. The medical profession or the scientific community would never contemplate this had Gates not thrown his billions into the mix. Gates is able to buy the right of individuals to choose from those who should support individual choice.

Gates has also funded a project to deliver an invisible quantum tattoo contained in the coronavirus “vaccine” that will hold an individual’s vaccination history. The dye consisting of nanocrystals known as quantum dots can remain in the skin for five years emitting a “near infrared light that can be detected by equipped smart phones or other devices.

Gates’ malevolent legacy includes a DTP vaccine that killed 10 times more girls in Africa than the diseases the vaccine was intended to prevent; a $10 million bribe to the Nigerian House of Representatives to install a forced coronavirus “vaccine” program; infiltrated India’s healthcare policy making through his GAVI organization gaining strategic advantage to direct the country’s coronavirus response; and he backed Bharat Biotech, maker of the Indian COVID-19 vaccine Covaxin, from its inception.

According to Great Game India, “While the UK is GAVI’s largest funder, its implementation follows what is known as the” Gates approach”. Known as the Vaccine Cartel or Pharma Cartel by critics, its vaccines have been accused of causing at least 38 million premature deaths worldwide.”

Life means nothing to Bill Gates. What kind of crimes would Gates be considered guilty if genetically modified mosquitoes were released upon the world in order to “vaccinate” the population? It would be medical intervention without permission, informed consent, or medical oversight. It would be experimental in nature and in violation of the Nuremberg Code.

Bill Gates is a man who has placed himself in the position of “lording” over humanity and the world, aided and abetted by various governments and UN organizations, as though he “owns” everyone and everything and can do with people and everything else as he sees fit. What other explanation can one infer from his actions? This is a man who holds no credible degree, no medical license, no scientific research experience, and no authority whatsoever to “rule” anyone or control anything in the world. Yet, his money is funding various science fiction experiments with people, animals and insects as the subjects. All the while, the lamestream government controlled propaganda entertainment enemedia (LGCPEE) parades him in front of the camera to offer his “opinion” as fact and scientific experimentations as “settled science”.

This will continue as long as Americans and the world submit to measures that are unscientific – mask wearing, experimental injections, social distancing, and other unproven non-pharmaceutical interventions. Gates and governments are playing on the fear of a virus that has not been isolated and unproven to exist, cultivated through the fear-mongering LGCPEE. Only through learning the truth, conquering the baseless fear, and resisting the control Gates and others are exerting over the population will this farce end.

Suzanne Hamner (pen name) is a registered nurse, grandmother of 4, and a political independent residing in the state of Georgia, who is trying to mobilize the Christian community in her area to stand up and speak out against tyrannical government, invasion by totalitarian political systems masquerading as religion and get back to the basics of education.
(Visited 18 times, 1 visits today)
Share
Tweet
Share
Pin