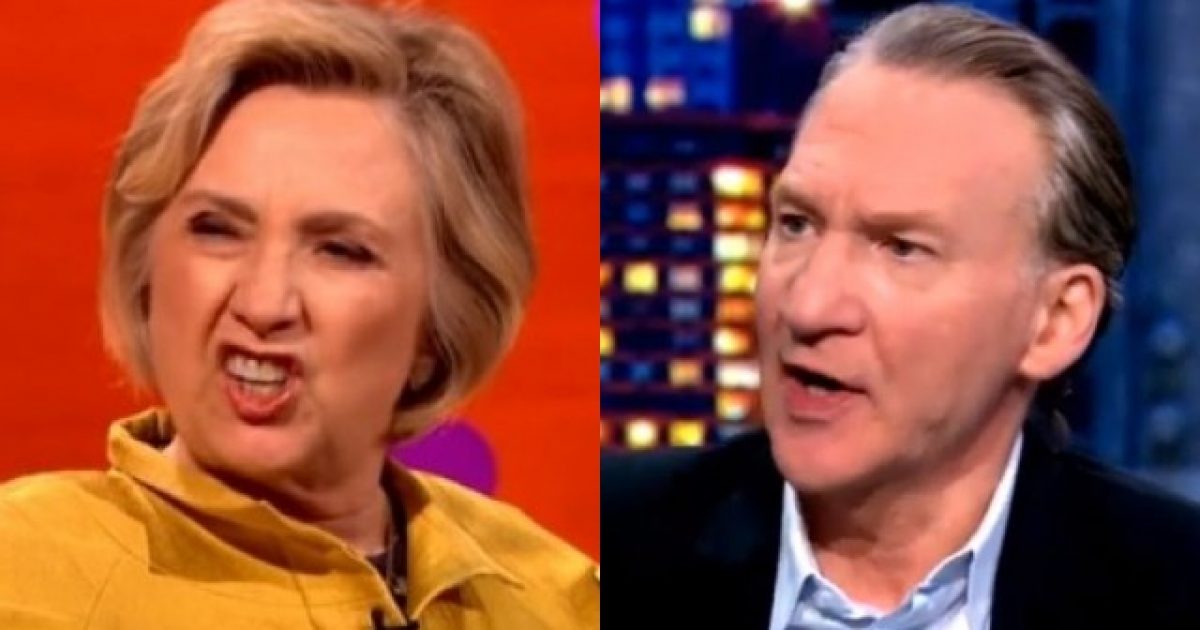 Kirsters Baish’s Opinion | Bill Maher slammed former Secretary of State/failed Presidential candidate Hillary Clinton this week, saying that she is guilty of committing obstruction of justice when she destroyed evidence having to do with her infamous private email scandal.

“I don’t have a lot of faith because, you know, we don’t live in the era of news division as loss leaders like we used to. The news division didn’t have to make a profit,” Maher stated on Monday during an interview with CNN’s Chris Cuomo. His comments came response to a question regarding how the press should be policing our elections.

He continued, “Then that changed and then you have to report to the board like everybody else and show your earnings and in that atmosphere they’re always going to be looking for eyeballs. That’s going to be the most important thing is getting people to click, getting people to watch. And in that atmosphere, I mean look at how much they over covered Hillary’s emails in 2016. And what effect that had on the election? Now there’s a lot of reasons why the Democrats lost and many of them were Hillary was a terrible candidate.”

Cuomo then stated that Clinton’s actions during the email scandal didn’t help her situation any.

“Absolutely, right,” Maher explained. He went on, “And she committed obstruction of justice.”

Cuomo stated that the fact that Clinton had smashed phones was “bad optics.”

Later on in the interview, Maher said that political correctness within the Democratic Party had turned into a “cancer.”

“They have some things to answer for,” Maher went on. “They don’t help themselves a lot and a lot of this far-left political correctness is a cancer on progressivism.”