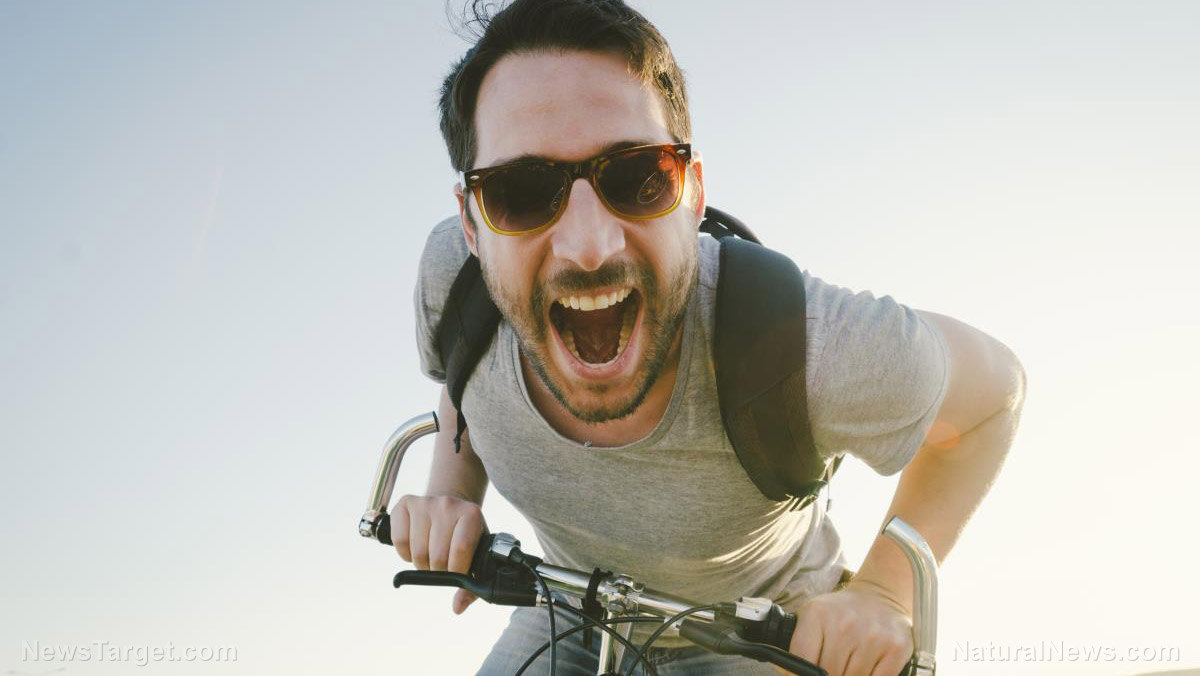 (Natural News) What are the qualifications these days for a man to claim he’s a woman? Can he simply cut his hair in some lady-like fashion? Can he just put on some makeup? What about some earrings that have hoops? Is that enough? Maybe if he goes to the extreme of getting some fake boobs and wears high heels to the club – yep, that should do it. You certainly don’t need biological proof of gender anymore to take away everything female athletes have worked their whole lives to accomplish, including in the realms of wrestling, running, weight-lifting and yes, cycling too.

It’s true there are women who are stronger than men, but for the most part, men have more natural strength in their arms and legs. If you don’t believe it, just go to any gym and watch the differences in what men and women bench press and squat. Same goes for basketball – you just don’t see too many flying dunks or alley-oops in the women’s leagues. Now, Rachel McKinnon, a biological male who says he’s a woman, just became the world’s first transgender woman world champion, winning the women’s 2018 UCI Masters Track Cycling World Championships in Los Angeles.

Can’t seem to get into your favorite college? Just say you’re a minority. Need a scholarship you don’t qualify for? Just claim to fit the profile. Want to compete in any female-only event that requires leg or arm strength and endurance to win? Just say you’re a woman and you’re in! In fact, American cyclist Jennifer Wagner and Dutch cyclist Carolien Van Herrikhuyzen just got robbed of their silver and gold medals thanks to Rachel McKinnen doing just that. You don’t even have to suppress testosterone to compete anymore. Welcome to the national “trans” society of cross-over sports.

If you happen to think this isn’t fair, then you are lumped in the category with white people who didn’t think it was fair for blacks to have rights either. That’s right, if you don’t respect men who beat women in the Olympics by simply saying they’re a woman, then you’re a racist who has no concept of human rights.

According to McKinnon, this domination by men in women’s sports competitions is not about gender at all, but about racial segregation. If you think men and women are different in any way, then you are furthering the oppression of transgender people.

In a scientific study of eight men and eight women, the women were only 52 percent as strong in the upper body as the men, and 66 percent as strong in the lower body as the men. The study examined biceps, elbow flexors, and knee extensors. Data and measurements were determined using computerized tomographical scanners and needle biopsies from relevant muscle areas. The men proved to be stronger in relation to lean body mass.

Why were the men determined to be stronger? The data of the study suggests it was due primarily to larger fibers in the men, and because women tend to have a “lower proportion of their lean tissue distributed in the upper body.” The researchers concluded that these larger fibers in men represent a biological gender difference rather than something based on physical activity.

So, as nature would have it, you can wear extra makeup and jewelry, or you can surgically add some fake breasts, or even have surgeons cut off your penis, but it doesn’t change your biological muscle fibers, or your DNA for that matter. So then, is it fair for men to start dominating women’s sports and athletic competitions? Won’t that affect women athletes’ livelihoods, including lucrative sponsorships, financial rewards, and international recognition?

Just remember, if you happen to see a big, hairy, ugly, scary man fixing his makeup in the little girl’s restroom, don’t scream or report it, or you’re a racist!