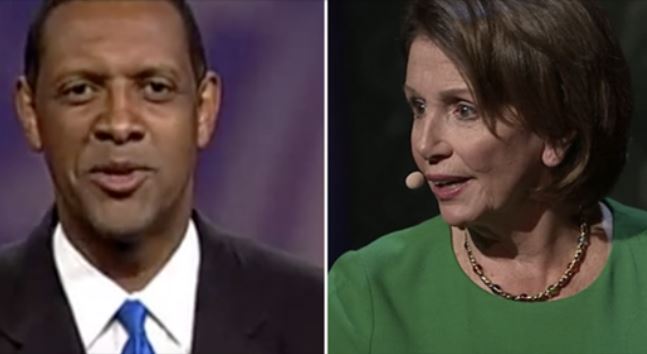 OPINION From Mark Sidney at We Are Biased OPINION Blog

Opinion| It seems that the media may not be telling America the full picture as far as how black voters, never mind black, Demoocrat, lawmakers really feel about President Trump:

“BREAKING: This morning, Georgia Rep. Vernon Jones (D-Lithonia) told me he is endorsing Donald Trump for President. Jones sent me this message about why. DeKalb County and Lithonia residents, take a look:”

BREAKING: This morning, Georgia Rep. Vernon Jones (D-Lithonia) told me he is endorsing Donald Trump for President. Jones sent me this message about why. DeKalb County and Lithonia residents, take a look: pic.twitter.com/sbk29tMiC5

‘Thousands of first-time offenders have been able to move on with their lives and begin the path to restoration and positive, productive re-entry into society as a result of President Trump’s leadership with the First Step Act and criminal justice reform.

A generation of African American families have been devastated by draconian policies that Joe Biden supported and voted for when he served in the U.S. Senate.

A change was needed and President Trump took action.

A great and well known example of President Trump’s leadership on this issue lead is his commutation of the life sentence of a first-timer non violent drug offender, Ms., Alice Marie Johnson.

What the media often failed to note was that her pleas for mercy fell on deaf ears when she approached the previous administration.[OBAMA]

I agree with President Trump’s position of protecting the American people from the negatives outcomes that occur as a result of illegal immigration.

I agree with his efforts to put our country on a level footing with foreign trade.

I appreciate his compassionate advocacy and proactive policies towards our military and veterans.

While I can speak to these reasons and many others, President Trump’s handling of the economy, his unprecedented and unyielding supporting of HBCUs and his record on criminal justice reform are the main reasons I enthusiastically support his reelection. ‘

*This article may not be reprinted without expressed permission from We Are Biased OPINION Blog.