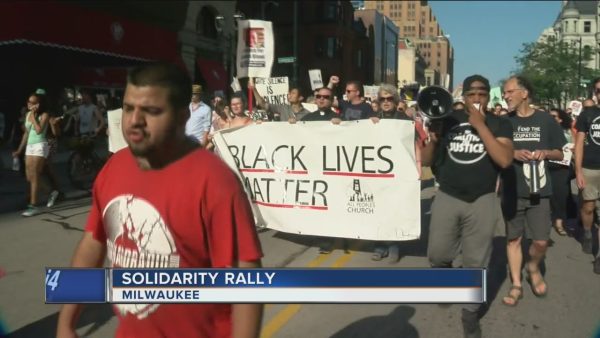 According to US Census Bureau data, 2020 Milwaukee is 38 percent black and 35 percent white. In 2021, the city posted a new record for homicides in a year with 197. As of right now, 89 percent of the suspects (with a clearance rate of only 45 percent for homicides, the total number of murders committed by black individuals could approach 96 percent) are black. [Another record-breaking year of homicides ends with 197 lives lost in Milwaukee, Milwaukee Journal Sentinel, January 1, 2022]:

A record 197 people were killed in homicides in Milwaukee in 2021, but the toll it has taken on the community can’t be expressed by any number.

At an annual vigil Thursday that honored all the lives lost during a second straight record-breaking year of violence in Milwaukee, Acting Mayor Cavalier Johnson again encouraged residents to relay messages of peace among each other.

“It’s irreparable harm to our community.”

For several decades, the event has provided a space for those grieving the pain of a loved one who was taken far too soon. It was also sponsored by Milwaukee Inner-City Congregations Allied for Hope, Pastors United and hosted by the Ephesians Missionary Baptist Church, at 2412 N. 6th St.

Ceasar Banks III, 28, is the brother of two men honored Thursday — Charleston L. Compton, 41, and Dominic A. Carter, 35. He hailed them as mentors not just to himself, but to many of Milwaukee’s youth.

“They had people looking up to them,” Banks said. “It’s been hard. You got to push through it.”

Although the Milwaukee Police Department crime dashboard and Milwaukee County Sheriff’s Office put the final 2021 homicide count at 197, the vigil honored 214 victims — including those who were killed in police shootings and incidents that were ruled justified self-defense. The number put forth by law enforcement could change if other incidents are later ruled self-defense.

Each name was read aloud during the vigil and printed on a candle.

It’s been a harrowing two years that came after homicides in the city declined 34% from 2015 through 2019, when 97 homicides were reported.

“We feel your pain, it is palpable,” Arnitta Holliman, the director of the city’s Office of Violence Prevention, told the audience. “We feel the intensity of your fear and your uncertainty and your frustration around violence in the city.”

The pattern of fatal violence in Milwaukee is present across the country. From 2019 to 2020, the U.S. saw a 29% rise in homicides, the largest jump from one year to the next since at least 1960, a New York Times analysis found.

As of Dec. 8, 12 major cities broke their homicide record in 2021, including Philadelphia; St. Paul, Minnesota; Portland, Oregon; Tucson, Arizona; and Austin, Texas, according to ABC News. Five of those 12, including Columbus, Ohio; Louisville, Kentucky; and Indianapolis, have now set new records in two straight years.

Experts and local officials in Milwaukee have consistently cited the effects of the pandemic, which disrupted employment, education and social service outreach for millions of Americans; declining police legitimacy, especially after the murder of George Floyd; and the increased carrying of firearms as causes behind the rise in violence.

Following decades of poverty, neglect and racial segregation in Milwaukee’s north and northwest sides, which are home to predominantly Black residents, victims of nonfatal shootings and homicides in 2021 are 88% Black, while suspects are 89% Black, according to the Milwaukee Homicide Review Commission.

So after a racial revolution in 2020, we should be seeing the fruits of the planting of Black Live Matter all across America, right? Especially in Milwaukee, where almost every homicide – a record number for the city in 2021 – has a black suspect..

Instead, we see the opposite… how many homicides would there be in Milwaukee if the city didn’t have any black residents?