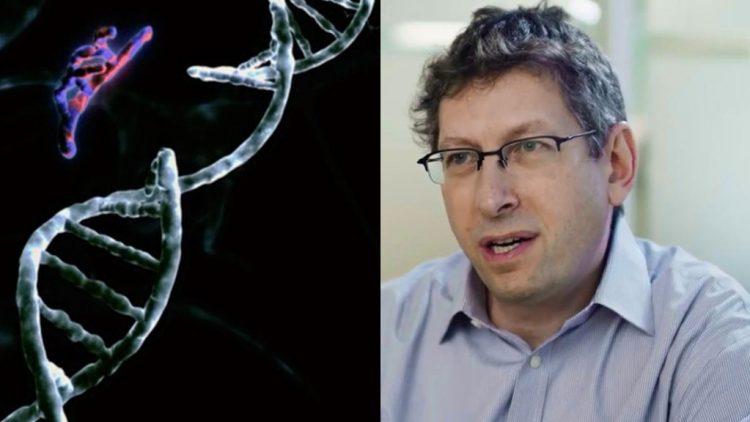 Several prominent physicians, doctors, Sons of Liberty Media Health and Wellness expert Kate Shemirani, her colleague Dr. Kevin Corbett, and I have postulated that the current experimental mRNA injection for coronavirus, aka COVID-19, could alter one’s genetic code or DNA. Bill Gates stated it, which was included in my video “Human Genome 8 and mRNA Vaccine” on Brighteon.com. It is one reason the term “experimental human genome altering mRNA injection” has been used to describe the jab being foisted onto the mostly unsuspecting public. While many in the media, Dr. Anthony Fauci and his merry band of chronic liars, and “fact checkers” have declared this claim as false, a video of a TEDx Beacon Street talk by Tal Zaks, chief medical officer of Moderna, Inc., one pharmaceutical company manufacturer of the experimental mRNA technology injection, confirms mRNA injection for COVID-19 can change your genetic code or DNA. This TEDx Beacon Street talk occurred in 2017. H/T to YouTube channel Silview Media Backup Channel.

Zaks calls it “hacking the software of life”. In the first minute of the video Zaks states, “we’ve been living this phenomenal digital scientific revolution, and I’m here today to tell you, that we are actually hacking the software of life, and that it’s changing the way we think about prevention and treatment of disease.” [Emphasis mine.] He even repeats that they (Moderna) think of it like an operating system, which the Moderna website indicates as “Our Operating System”.

At one minute in, Zaks states, “In every cell there’s this thing called messenger RNA or mRNA for short, that transmits the critical information from the DNA in our genes to the protein, which is really the stuff we’re all made out of. This is the critical information that determines what the cell will do. So we think about it as an operating system. …. So if you could actually change that, … if you could introduce a line of code, or change a line of code, it turns out, that has profound implications for everything, from the flu to cancer.” [Emphasis mine.]

When “changing” a line of code or “introducing” a line of code” (referring to DNA), the “code” or DNA is then altered, meaning the individual or “subject” has now had their genome changed to what the “scientists” have coded. The individual or subject is no longer a creation of God but a creation of man, meaning the individual or subject could be the object of a “patent”. He goes on to say, the mRNA would tell the cells to “code” for the protein of the “virus”. This “viral protein” is foreign to the body. The individual’s body is making a foreign protein the immune system is to attack. When the body makes a protein the immune system then attacks, your immune system is attacking a protein your body is making, meaning what is occurring in an “auto-immune response” or “auto-immune disease”.

This has been repeated a number of times by experts, physicians, nurses and countless others. As readers can see, none of us were “whistling Dixie”. Zaks talks about turning this system on; however, there is no way to turn it off. When do the cells know to stop making this “viral protein”? The cells don’t; therefore, this continues for the duration.

In a normal vaccine, the immune system attacks the limited amount of “particles” in the adjuvant to produce antibodies or immune response that the body can recognize at a later time if the individual comes in contact with the same or similar “particle”.

Moreover, the studies Zaks cites as occurring in humans only lasted approximately 18 months.

At about the 4:00 minute mark, Zaks begins discussing mRNA vaccines for cancer. Immediately following that, Zaks discusses a children’s condition where a gene or “code” is missing that causes production of a certain enzyme critical for metabolism where the current treatment is to transplant an entire organ – in this case, the liver. Zaks proposes to inject mRNA that codes for the missing gene, a gene contained in DNA on the human genome, it would “correct” the genetic defect.

Out of the words of Tal Zaks of Moderna, mRNA can alter the human genome. Whether by design or “unintended consequences”, this technology is being used to do just that. He calls this “information therapy”; although, some would call it “mad science”. In attempts to “rewrite” genetic code to correct defects, studies have shown there were “cascading failures”. In other words, changing one “defective gene” in one genome caused other genes to “fail” or cause problems. And, it was not just one subsequent gene becoming defective, but many. This is more than likely why there are over 400 adverse events surrounding the experimental mRNA injection.

So, the next time someone claims these “vaccines” do not alter the human genome or DNA, you can refer that individual to Tal Zaks of Moderna, Inc. who claims otherwise. Dr. Fauci should be eating some four and twenty blackbird (crow) pie.

Suzanne Hamner (pen name) is a registered nurse, grandmother of 4, and a political independent residing in the state of Georgia, who is trying to mobilize the Christian community in her area to stand up and speak out against tyrannical government, invasion by totalitarian political systems masquerading as religion and get back to the basics of education.
(Visited 600 times, 1 visits today)
Share
Tweet
Share
Pin